Signs the housing market is returning to sanity

The housing market might be showing some signs of slowing down. Not stopping, but maybe not running out of control anymore. Maybe. 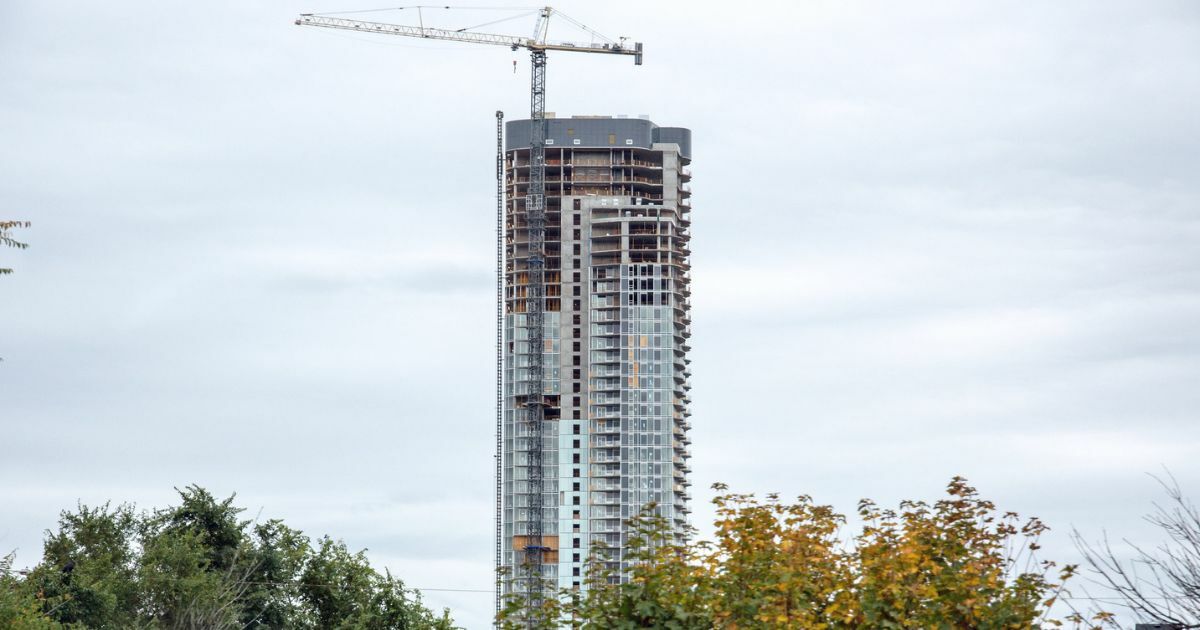 This weekend is a strange one for personal anniversaries. Tomorrow marks 10 years since I was laid off from the best job I ever had. We found out a decade ago on Saturday that the Postmedia News Service was being closed down, and dozens of us would be looking for work elsewhere.

But, it wasn’t all bad. The very next day — 10 years ago Sunday — I went on the first date with my now-wife Ingrid. It came at the perfect time. Best thing that ever happened to me, surely. Love you, dear.

Anyway, enough about me. We’re launching a new giveaway today. Use the link in the section below to share this newsletter with your friends. Each and every person you refer is an entry to win one of two $25 gift cards to Pizza All’Antica. You’re going to want that pizza.

Onward with the newsletter.

The First Signs Of A Slowing Housing Market? 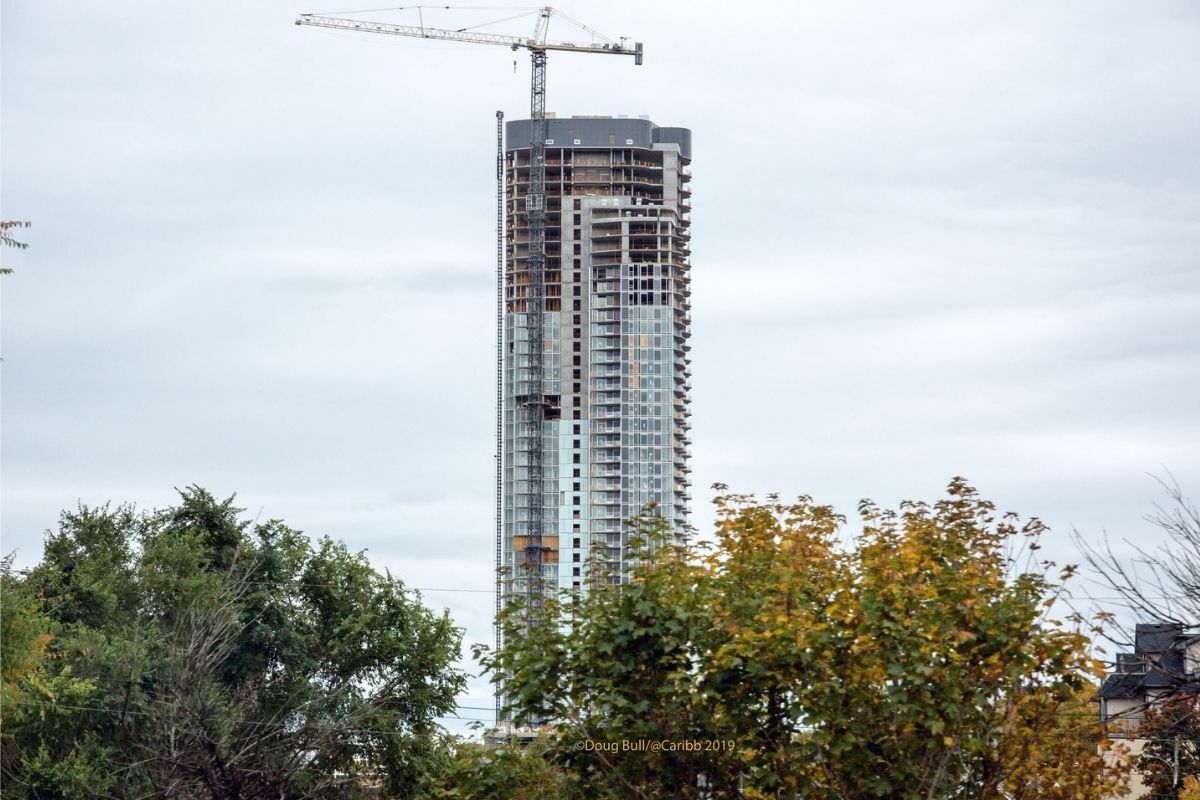 Transition phase? Home sales across Ottawa dropped 21 percent in April compared to the year before, according to the Ottawa Real Estate Board. Only 1,889 properties sold this year, compared to 2,394 in April 2021.

Torontow said the likely factors were cooler April temperature, rising interest rates, growing frustration, and new housing measures announced by the government. It’s not clear if April’s dip is a one-off event, or the start of a trend.

All-time high construction: In 2021 there were more new homes under construction than at any time in the last five decades. Housing starts rose three percent to more than 10,000, according to a new Canadian Mortgage and Housing Corp. report. Two-thirds of those new homes were in the suburbs.

Apartments on the rise: Forty percent of new homes in Ottawa last year were apartments, with 69 percent of those condos, and 31 percent rentals. A quarter of the new apartments were being built around four regions near the O-Train extension under construction:

More newcomers than homes: The population of the city grew faster than new homes were built. According to the CMHC, this has been on a downward trend since the early 2000s

GTA highway: One of the biggest issues in the provincial election so far is whether to spend an estimated $10 billion on the 413 highway between two Toronto suburbs. The governing Progressive Conservatives are making it one of the centrepieces of the election. The highway would account for almost half of their $25 billion in promised infrastructure spending over 10 years. The opposition parties oppose the highway. [CBC]

Riding profiles: The Ottawa Citizen has put together a quick guide to each of the ridings in and around the city. Find out more about your riding:

ER doctor dies: Dr. Justin Maloney died this week at the age of 74. The doctor was pivotal in bringing both paramedic and 911 to the city. He was key in campaigning for the emergency call system, after surveying people around him at the General Hospital on who they would call if they were in an emergency, and only five percent of them knew the right answer, according to the Ottawa Citizen.

Tributes pour in: Health care workers across the city praised Maloney’s work. The president of CHEO Alex Munter tweeted, “If you’ve ever dialled 911 in Ottawa, you have Dr. Justin Maloney to thank. He led the campaign to make it happen.”

The former president of the Ottawa-Carleton Paramedic Association Steve Hallam told the Citizen: “I can’t think of too many people who would have been capable of doing what [Maloney] had done for the city of Ottawa as far as paramedics are concerned.” 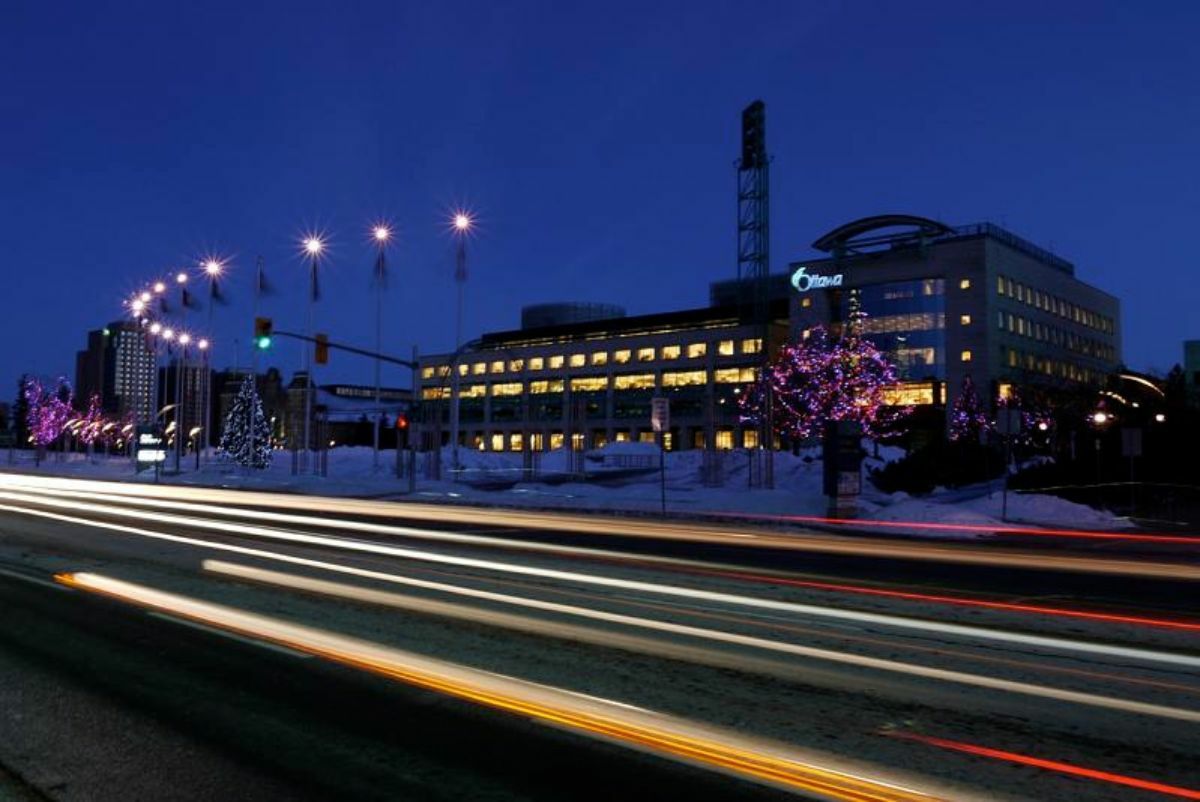 Council irked by Civic funding ask: Several councillors on the finance committee were worried by the Ottawa Hospital’s request for $150 million to pay for the controversial new Civic campus on Dow’s Lake. Several wondered why the community was being asked to pay so much toward a provincial responsibility. The committee approved a plan to look at possible ways to find the money, which could include a property tax levy. The next council will make the final decision on whether to approve the money. [CBC]

Concerns over Barrhaven development: A proposed subdivision off Strandherd Drive in Barrhaven could flood communities further along the Jock River, a former City of Ottawa whistleblower said. The plan to fill in a floodplain in Barrhaven could cause problems further east in Hearts Desire. [Barrhaven Independent]

City approves fuel oil tank replacement: A new program has been approved to offer incentives to get people to replace fuel oil tanks found near municipal wells. The $260,000 program would give loans to homeowners to replace their heating oil systems with a green-energy option.

Gas prices set for higher highs: If you thought gas prices were bad yesterday, just wait. As soon as the May long weekend, gas is expected to hit $2 per litre. Thursday, the average price in Ottawa is about $1.90 per litre, which is expected to rise to about $1.95 today. [CTV]

Inflation is so bad grocery profits up 40%: One of the country’s biggest grocery chains, Loblaws, saw its profits rise 40 percent last quarter. Food revenues increased 2.4 percent to $8.7 billion, and the company’s gross profit in the retail division increased 5.9 percent to $3.7 billion in the first quarter. [Toronto Star]

Crane operators to strike: Starting Monday, all the cranes in the city will be still. The union representing crane operators across the province voted to strike. The union rejected a deal that offered an $8 raise because members said it didn’t keep up with rising costs for fuel, work travel, parking on the job, and basics like groceries. It’s only the third time crane operators have gone on strike in 25 years. [Ottawa Citizen]

The Great Resignation: The pandemic has been an awful time. But for some, it was also an opportunity. Three Ottawa twenty-somethings explain why they decided to quit their former jobs and do something new. Whether it was retraining, or going back to what they loved, these are the stories of people reevaluating what’s important in life. [CBC] 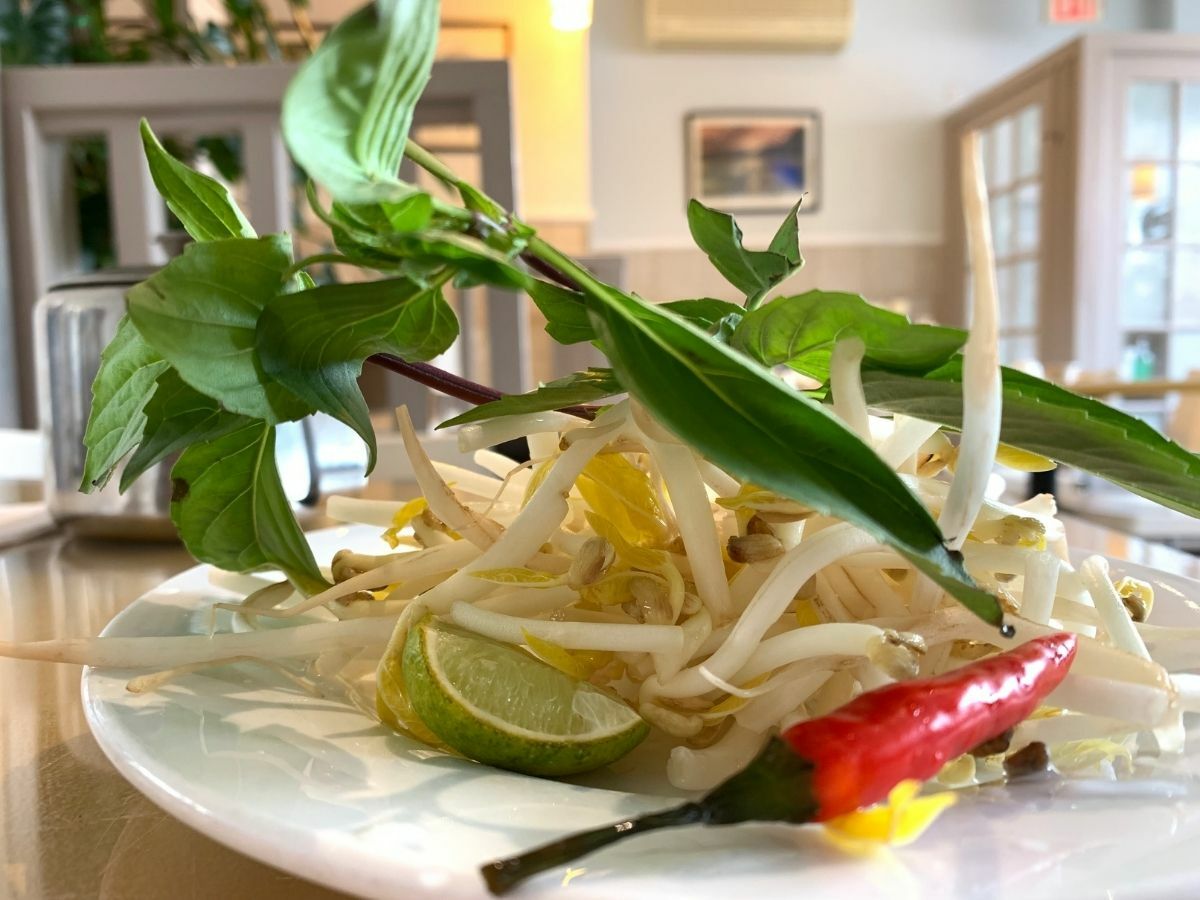 Ottawa hosts some truly unique Southeast Asian restaurants that will open your mind — and your stomach — to new tastes.

Unlock the following food reviews by becoming an Insider member:

All of these reviews are available to members only. For a limited time, we’re offering 20 Insider memberships for only $1 for your first month. Best of all, you can cancel anytime! 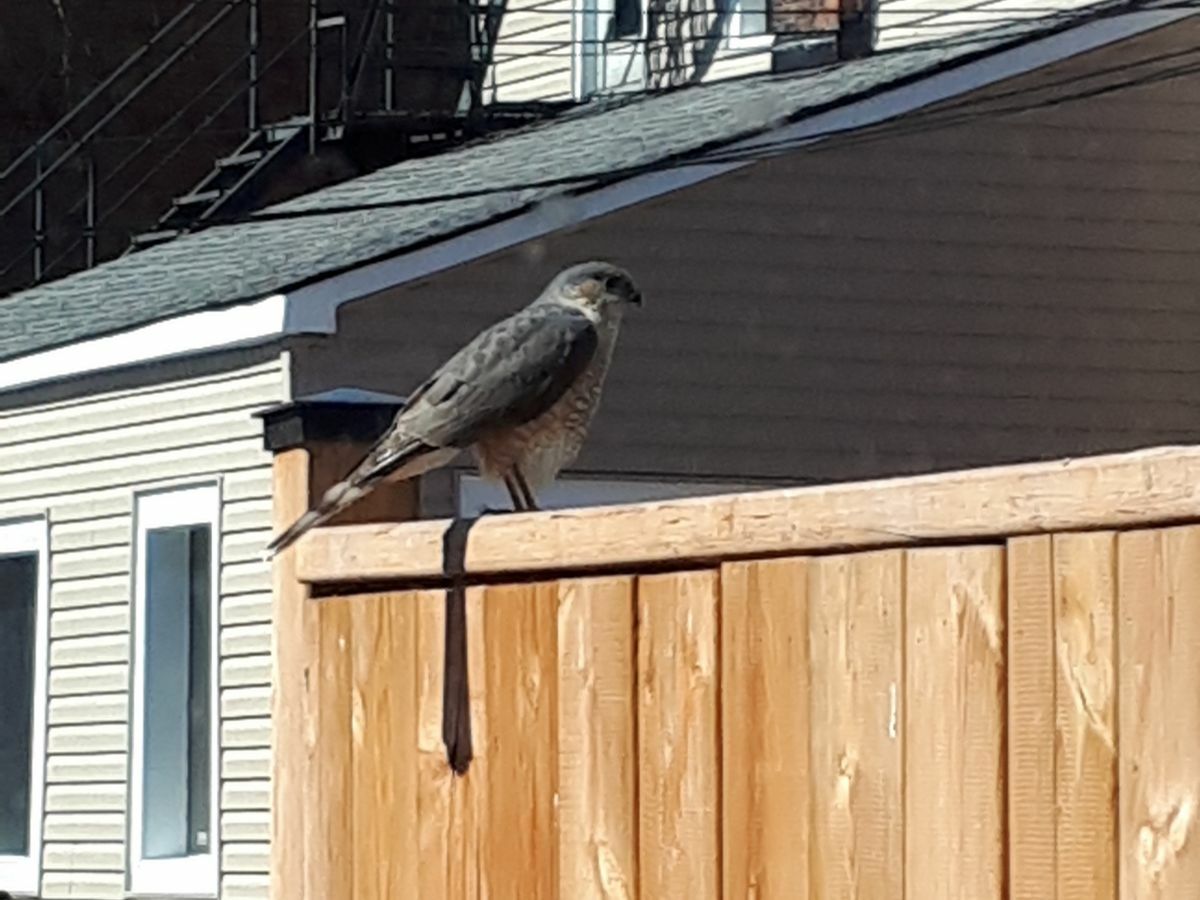 Reader Jennifer Cooke sens in this photo of some kind of bird of prey — I’ve got no practice at identification, so I won’t try — who decided to see what all the fuss about Jennifer’s birdseed was about. Not every day you get to see a bird like this.

Spotted an interesting bird? How about a beautiful sunset Send us a photo! We’re always looking to run wildlife and nature photos.