Residents want the Lansdowne 2.0 process to slow down, and the local councillor wants the decision to be up to the next council, after the fall election. 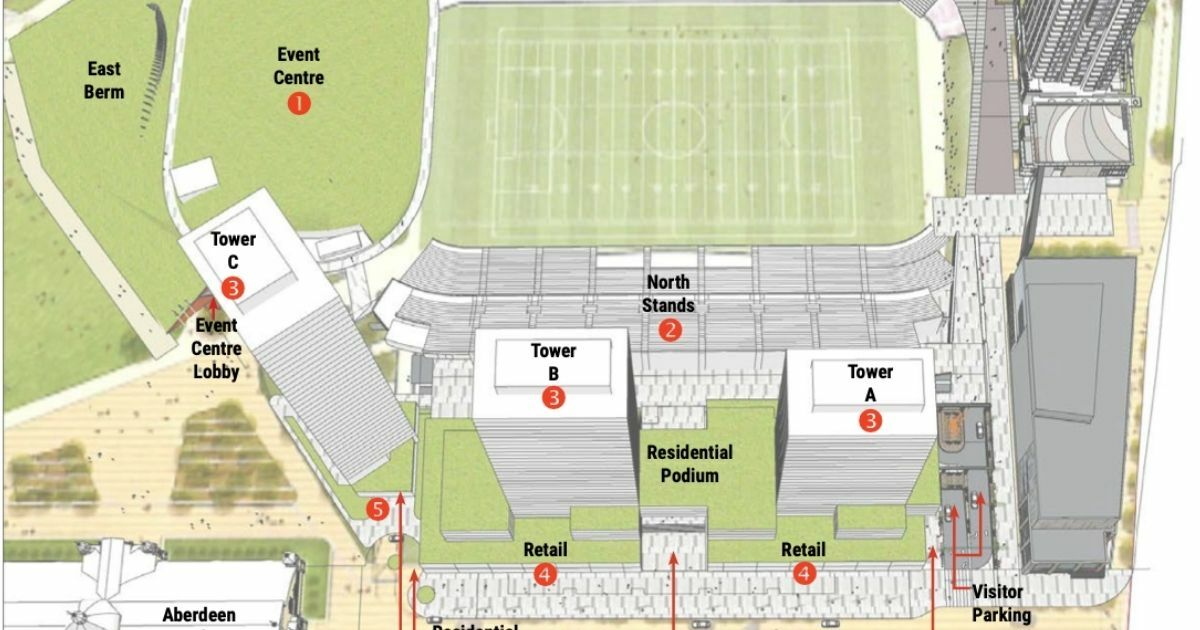 So, I gotta say, a lot of you seemed to like the Ottawordle. We want to know if it’s something you’d like us to continue doing. If you’re one of the people who enjoyed it, send us an email!

I’m not personally a huge fan of doing the puzzles. They just don’t compute, I much prefer the crossword. But this newsletter isn’t (all) about my preferences. Don’t let me hold you back if it’s one you liked.

With that, let’s do the newsletter. 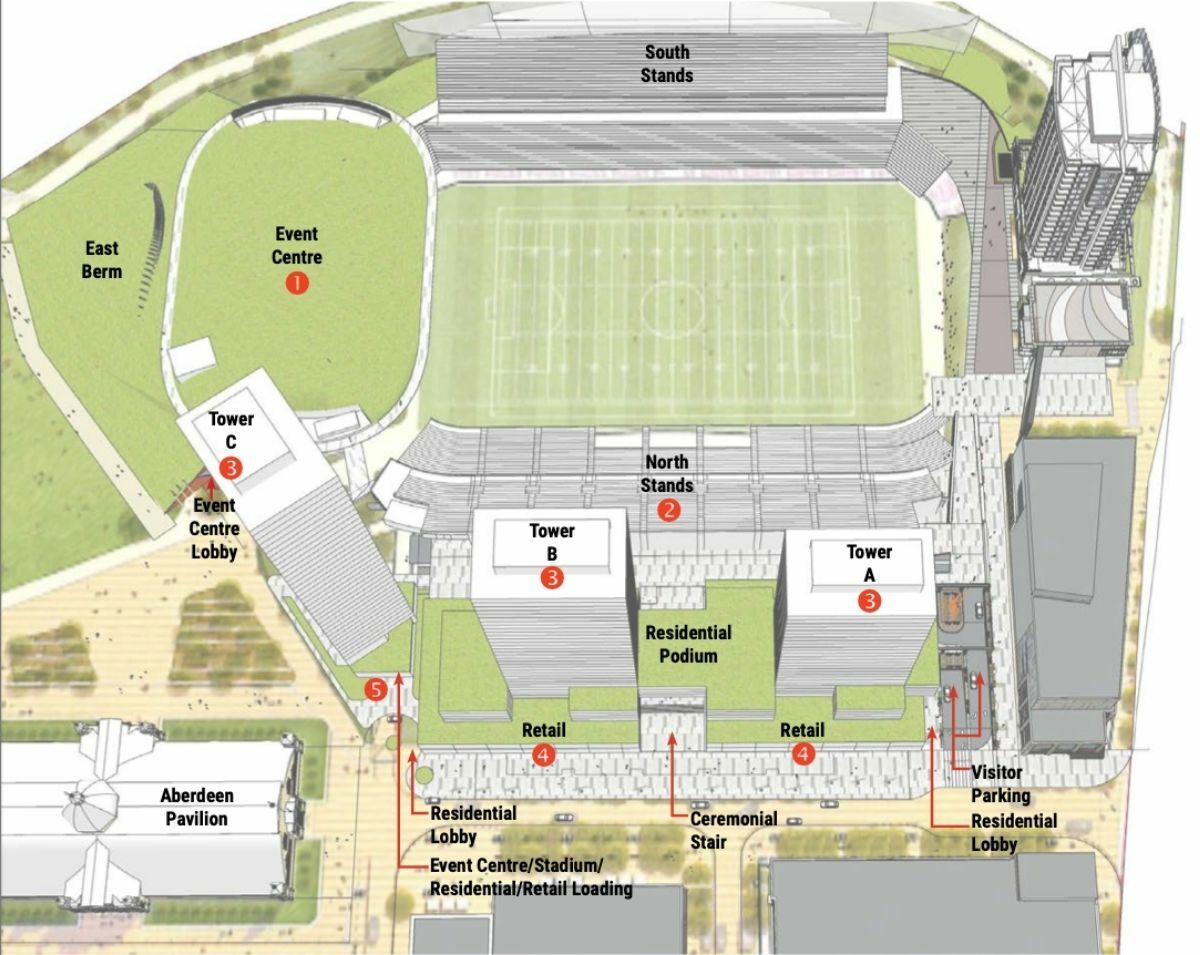 The proposed redevelopment of Lansdowne. OSEG/Handout

Next phase should be election issue: Coun. Shawn Menard said the current council shouldn’t be the ones to decide whether to go ahead with the plans for further Lansdowne redevelopment, CTV reports. The $330-million proposal to add housing towers, rebuild the north-side stands and move the arena to a spot under a berm on the eastern end of the park, was made last week and will be voted on by the finance committee this week.

Residents agree: Nearby residents said at a public meeting the city needs to slow down on this proposal. “You've had nine months. We’ve had less than nine days,” one resident said, according to CBC.

If the finance committee approves the Lansdowne proposal, it would go to council later this month. Council’s final decision isn’t expected until after the election. 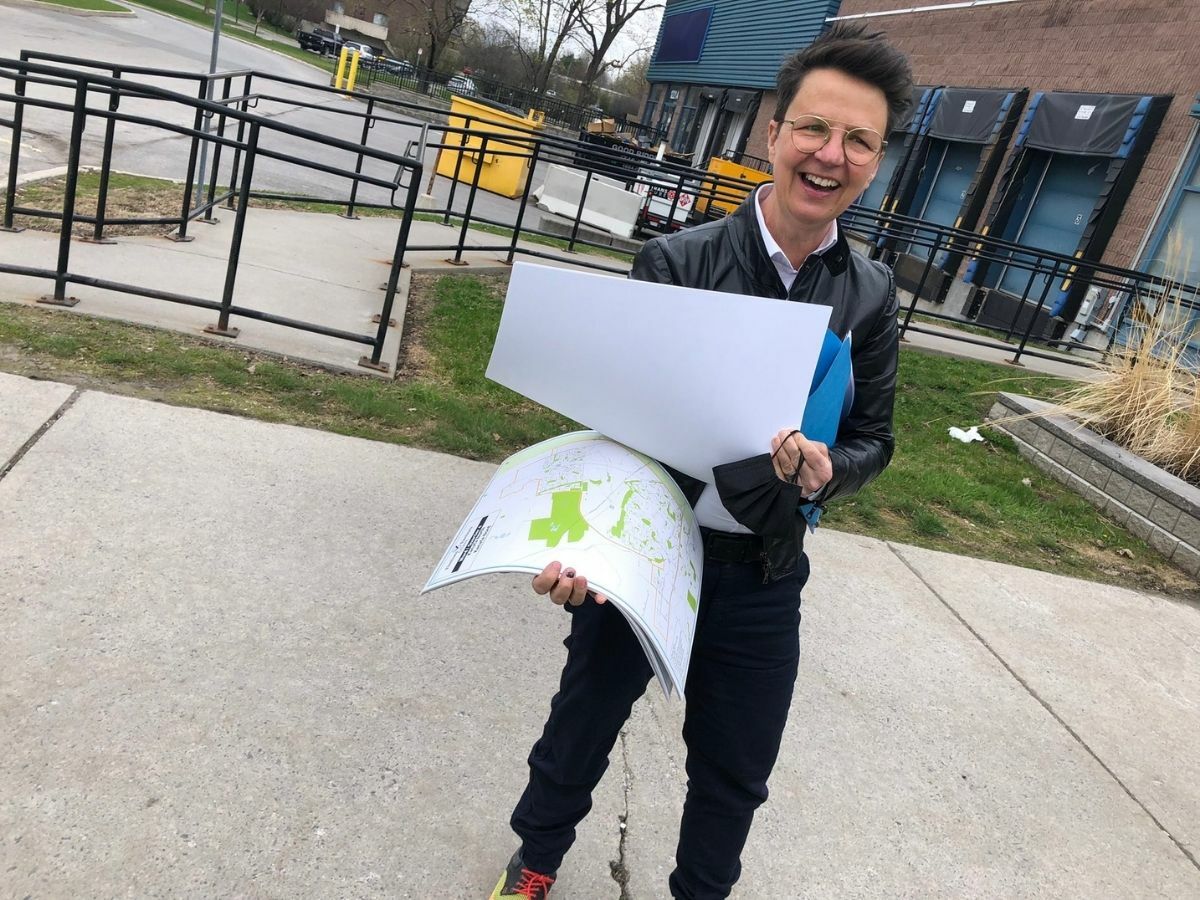 Catherine McKenney and former mayor Bob Chiarelli filed their nomination papers. Coun. Diane Deans has also said she will be running, but has yet to register. Brandon Bay, Bernard Couchman, and Graham MacDonald have all also registered to run for mayor. So far, 17 people have registered to run for the 24 council seats.

Chiarelli wants to get city back on track: Eighty-year-old former mayor Bob Chiarelli said he thinks the city is going in the wrong direction. He told CTV, “The councillors are very divided on a lot of issues and they’re not working together as a team.” He said his other key issues were debt, the LRT failures, and the poor convoy response. [CTV]

McKenney wants to move city forward: Coun. Catherine Mckenney said they want to make Ottawa a healthier and more transit-friendly city. “We deserve a city that moves forward in a way we can all be proud of. A city where everyone has a home,” McKenney tweeted. “I am ready and excited to put my experience to work…to bring the change we want — the change our city needs.” Climate change and housing are other key issues for McKenney. [CTV]

This is just the start of a long campaign. Keep your eyes on the Lookout over the coming months for plenty of original coverage of the most important election in a long time.

From The Archive: Where To Find Traditional Greek Food 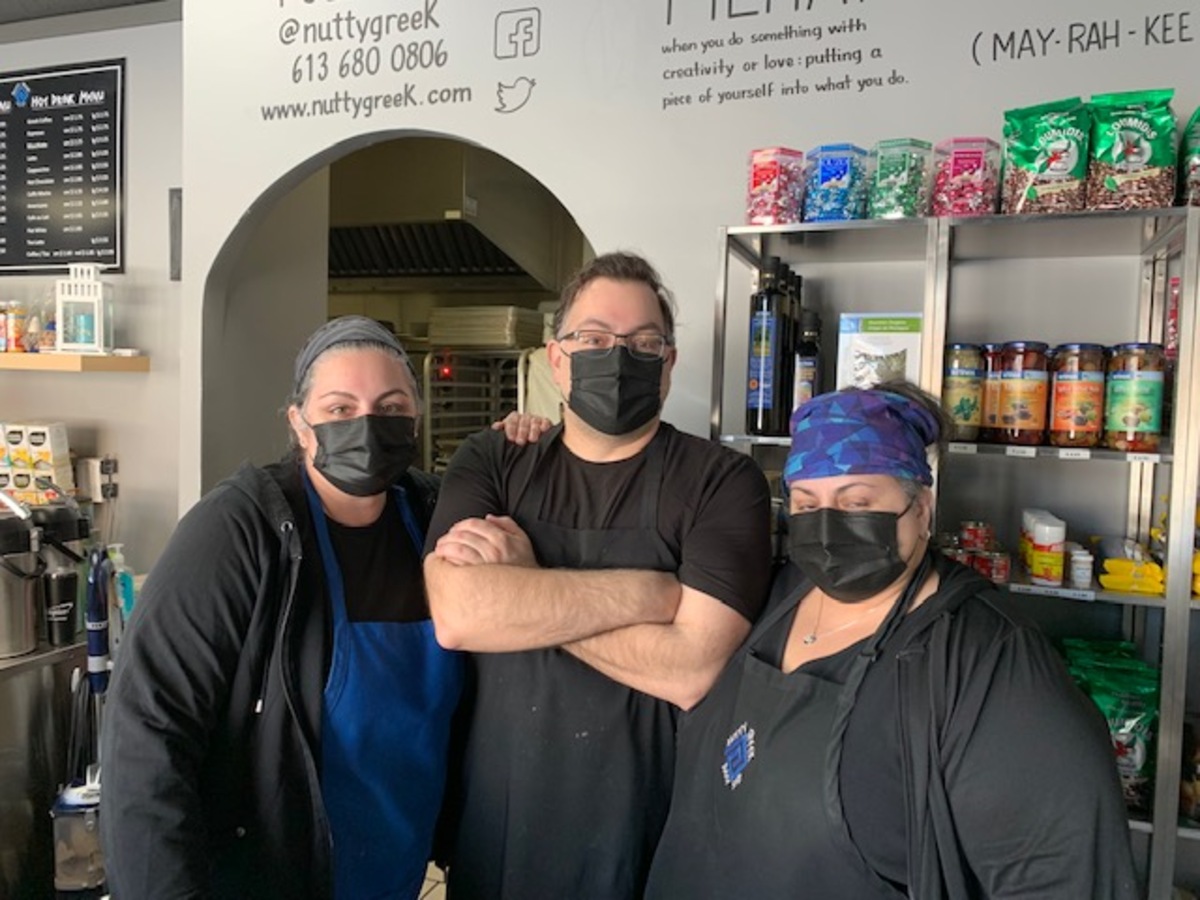 This is one of our restaurant reviews from our food editor Ralf that's available only to Insider members. We've made this review available for everyone.

When I lived just off the Danforth, Toronto's Greektown, a recognized restaurant critic and good acquaintance told me that in all her travels to Greece, she'd seldom had traditional Greek fare that was as good as what was available on the Danforth. It was high praise but I didn't need convincing.

Decades on, back in cozy Ottawa, there is Greek food here that is as good as anything on the Danforth, there are just not the same number of eateries from which to choose. EVOO Greek Kitchen on Preston is my go-to for quality sit-down wining and dining and then, just a short walk away, I stumbled upon The Nutty Greek Bake Shop at 490 Rochester St.

Siblings Anna, Eleni and George are the faces in front of house, while Mama Papadopoulos pops out occasionally, but still largely swings the spatula out back. Both Anna and Eleni learned their baking skills from their mother and their Greek treats such as the custard-filled bougatsa, and the spanakopita are masterful.

A personal favourite, the Greek Almond Cake, is one of the nicest coffee sides I've found, while their individual cheesecakes and stuffed sandwich cookies will make their way into your weekly purchases.

NDP leader one-on-one: Andrea Horwath said her party is the one that really understands how important public services are, and how the public should be able to rely on them. She said the pandemic has laid bare the dire condition of long-term care in the province.  “We can't walk away from those things and pretend they didn't happen. We can't unsee the tragedies. We can't unfeel the pain that people went through,” Horwath said. Read the full CBC interview with Horwath. [CBC]

Liberal leader one-on-one: Steven Del Duca said the key ballot question is whether to move on from the “circus” of the Ford government. He pointed to the “reckless decisions to cut public health, to make life so much more difficult for municipal governments, to meddle in municipal elections, the license plate fiasco, dragging us backwards so brutally in the fight against the climate crisis.” All of this happened before COVID, where he said the government performed poorly and ignored evidence. Read the full CBC interview with Del Duca. [CBC]

(CBC said they have also asked the leaders of the Green and Progressive Conservative parties for one-on-one interviews. We’ll post them if and when they take place.)

Liberals make environment, transit promises: Liberals promise to cut carbon emissions by putting stricter controls on industrial emissions, and not approving any new gas plants in the province, according to CBC. The party also promised a $1-per-ride pilot program for public transit across the province that would be in place for 18 months, estimating it would take 400,000 cars off the road, CityNews reported. [CBC/CityNews]

We’ll have in-depth coverage of the issues that matter to Ottawa in the provincial election over the next month. If there’s an issue important to you, let us know!

Record food bank use: Thanks in part to inflation, March had the highest demand in the history of the food bank, 20 percent higher than March last year. The Bank’s CEO said they are servicing about 52,000 people every month. [CTV]

Convoy injunction ends: The citizen-led injunction against noise downtown during the convoy has come to an end. The judge overseeing the case has kept an order in place keeping $5.7 million locked in escrow, as a lawsuit moves forward. The next step is to get the lawsuit by residents and businesses certified as a class action. [CBC]

Eganville weekly paper loses printing press: The Eganville Leader needs to find a new printer to produce their paper. The company that currently prints the paper announced it would be closing at the end of the month. There aren’t many printers who can meet the demands of the Leader to get its 6,000 copies to readers every week. [Ottawa Citizen]

Family sues over bridge death: The family of a boy who drowned after he jumped into the Ottawa River from the Prince of Wales Bridge is suing the city. The family accuses the city of negligence for not doing enough to prevent people from going onto the closed-off bridge. Vimy Grant was 14 when he died. A year after Grant’s death, a 26-year-old man died jumping from the bridge. [Ottawa Citizen]

Residential schools monument planned: A monument to the survivors and victims of the residential school system is planned for a “highly visible location” in the city. The exact site and timeline for the monument have not been decided yet, but the federal government has pledged $21 million to the project. The first meeting of the committee in charge of the monument will take place this month. (A previous version of this story included an incorrect link. Sorry about that.) [CBC]

House Of The Week 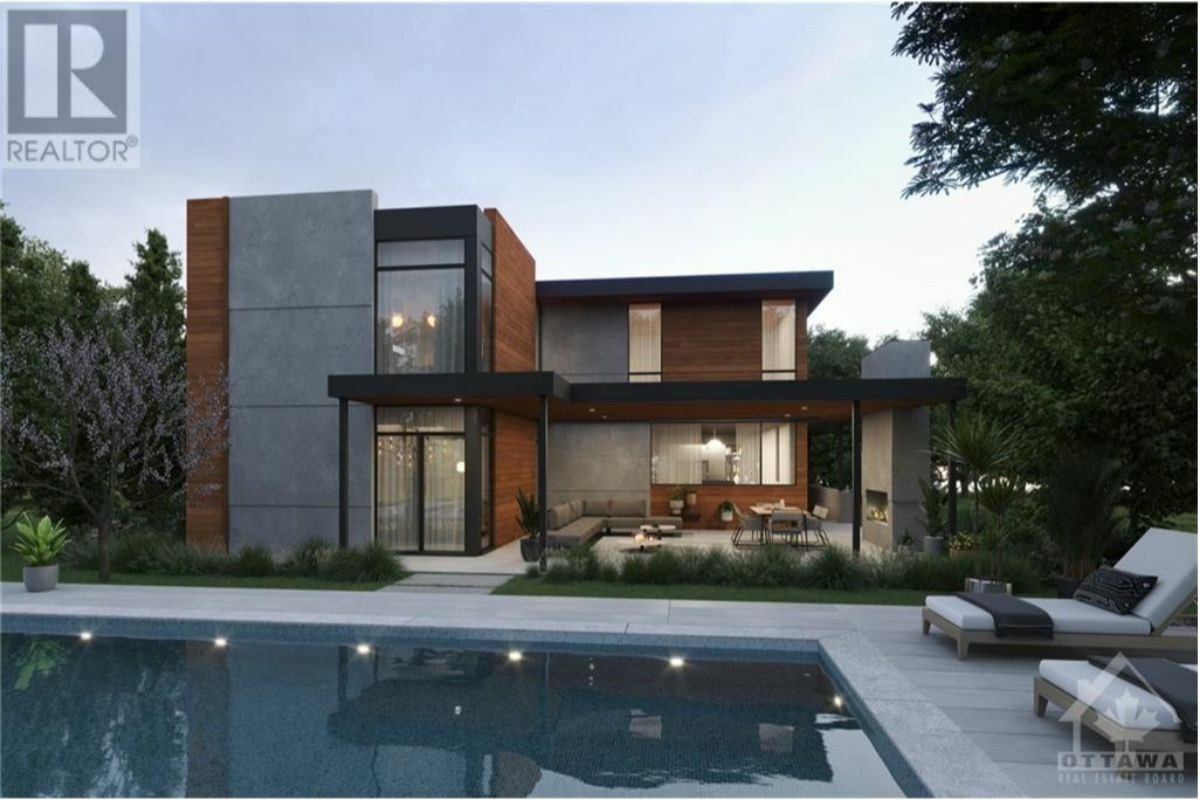 “Rendering only, pool not included” via Realtor.ca

How much do you like right angles? Is it a lot? Inside and outside? We might have found just the house for you. “Inspired by” — in the karaoke sense, we assume — Frank Lloyd Wright, this not-yet-built home is up for sale. Located between Carling and the 417, this big lad is being built on a lot of what looks like it was once a bungalow (Google maps shows the lot as nothing but a big hole last August).

Want to see how much that opulence will set you back? 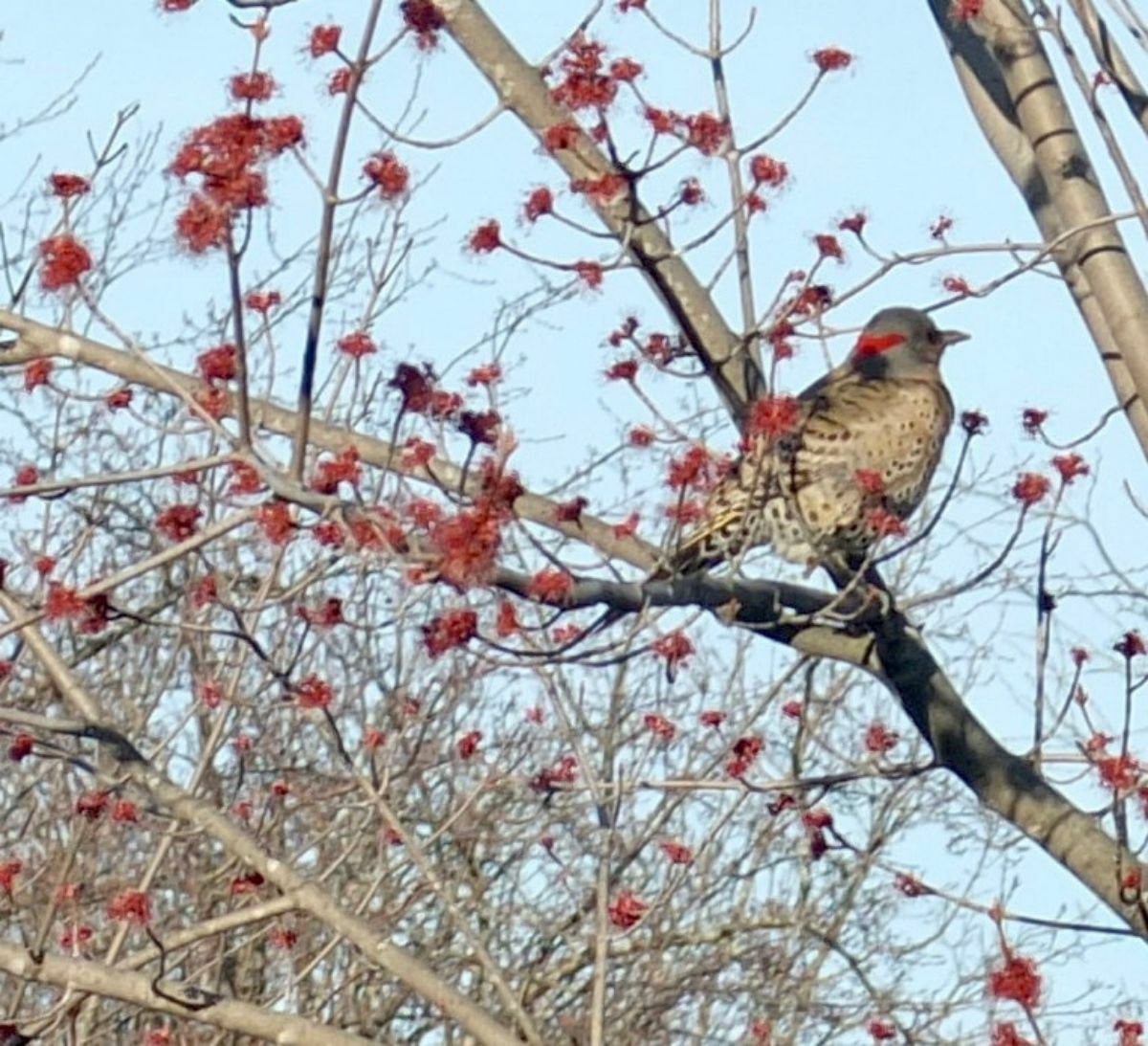 Three cheers for Joanne Reyes, who shares this photo of a Northern Flicker. It’s her first time spotting this particular species.

Have some bird photos you want to share with Lookout readers? Send them our way!

Do you think city council should wait to approve the Lansdowne Development until after the municipal election?