So long to the Rolling Thunder

This weekend’s motorcycle protest never turned into a convoy 2.2, as the large police presence quickly tamped down the worst impulses of the crowd. 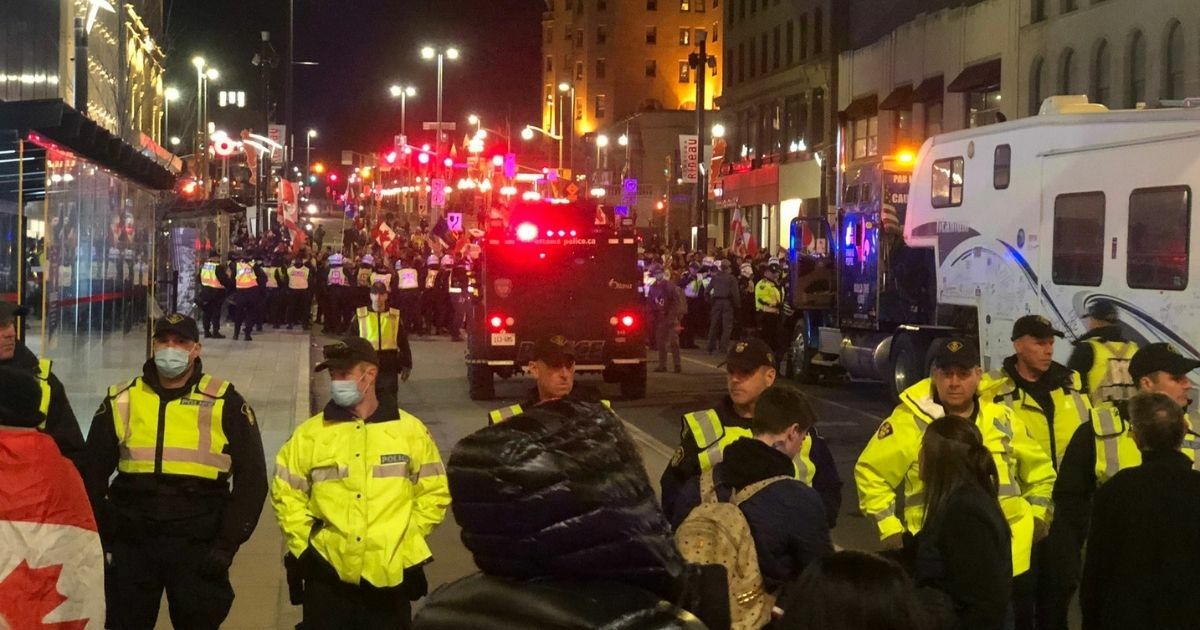 Big week here in the city. Today, the municipal election officially kicks off as candidates can file nomination papers. Wednesday marks the official start of the provincial election, too. It’s going to be a busy time. Plus there’s a planning meeting about the new Lansdowne 2.0 proposal later this week.`

It’s really interesting because the exact future of the city is up in the air. There’s a lot of change over in city hall in particular, with Mayor Jim Watson and several councillors not running again.

We’ve got some exciting things planned over the course of these elections, so stay tuned for that.

Anyway, on with your newsletter. 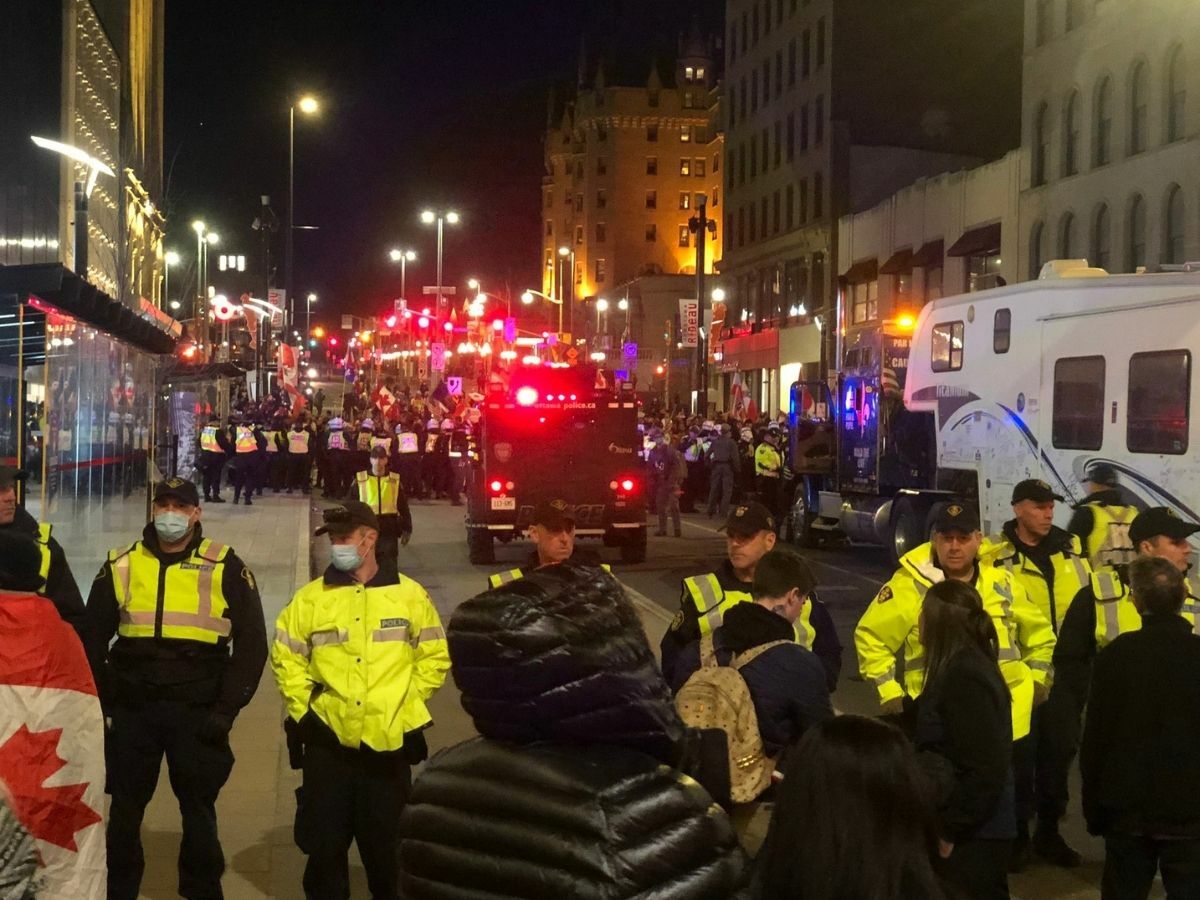 Better than before: The motorcycle protest rolled into town over the weekend, but unlike for the convoy, police seemed prepared. Ten people were arrested, most of them when protesters tried to block Rideau and Sussex Friday night, CTV reported. By-law officers were quite active, handing out more than 750 tickets for violating the downtown no-stopping exclusion zone, and towing 39 vehicles.

But still not great: Better doesn’t mean good, though. At one point on Saturday police escorted a walking protest through Centretown where, according to PressProgress editor Luke LeBrun, they “harassed residents in their homes and screamed deranged nonsense about vaccines and sex predators.”

The main event: The focus of the protest was a gathering at the National War Memorial, where about 3,000 protesters showed up, surrounded by hundreds of police, according to the Ottawa Citizen. Many of the speakers spoke of “freedom,” and against “elites.” They were there to ostensibly “take back” the monument after convoy protesters were kept from the monument during the winter convoy protest.

Council impressed: Councillors and the mayor seemed largely pleased with the police response this time. Centretown Coun. Catherine McKenney and Coun. Jeff Leiper toured the protests over the weekend.

Mayor Jim Watson told CTV he thought the police did a “very good job under really challenging circumstances.” And Coun. Mathieu Fleury said despite the anxiety of residents, this protest would turn sour, he woke up Saturday “relieved to see the work done by authorities to intervene effectively and protect our local residents and businesses.”

Unwelcoming party: A group of Centretown residents came together Friday to show their solidarity against another protest. Several speakers questioned whether the stated motives for the protest were really what was motivating people. 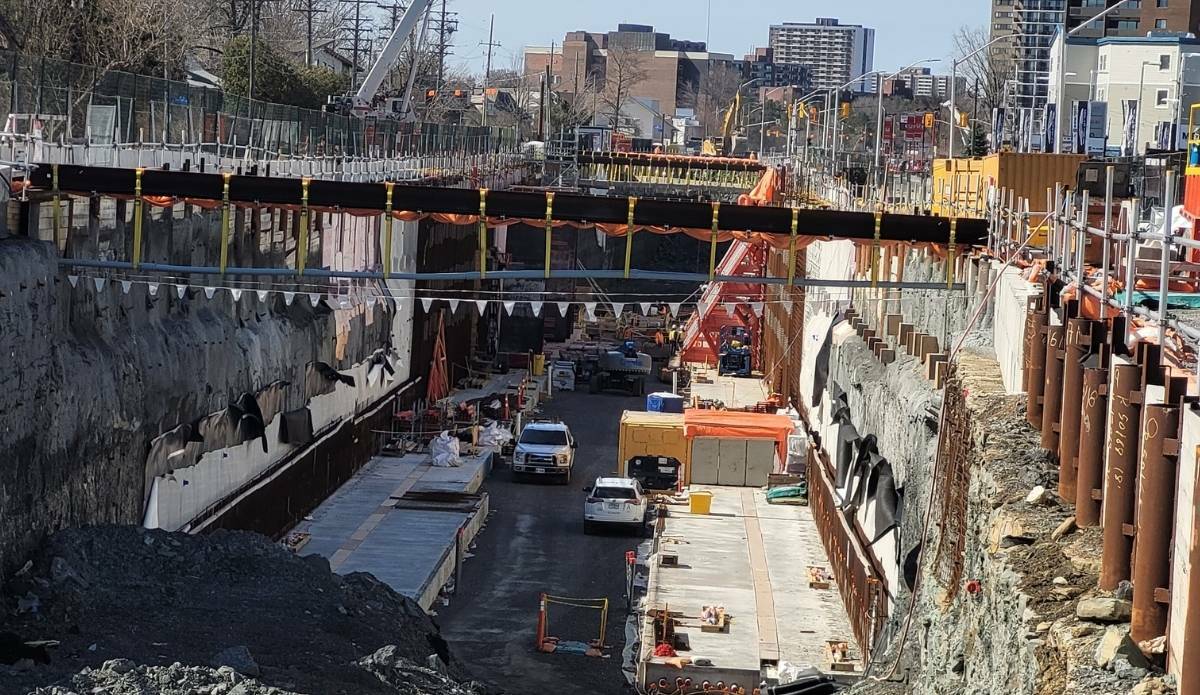 Southern problems: Council wasn’t provided with any details about the cause of delays in the south, according to the Ottawa Citizen. Previously, when the project was thought to be only months behind, the pandemic was blamed for scheduling issues. This part of the system is now expected to be up and running in 2023.

Western woes: In the west, supply chain issues and a labour shortage has put the completion of the three-kilometre tunnel behind schedule, according to the Citizen. It’s now expected the west end of the system will be completed in late summer 2025.

Eastern excitement: The good news in the east was confirmed to council to be on time, with the new line to Trim Road on schedule and expected to be done in November 2024.

Want to reach 22,000 Ottawa residents with your job? Reply to this email and a member of our team will contact you

On The Fence About Selling? Basia Vanderveen Can Help

The housing market is facing headwinds. You can’t control that. But what you can control is the realtor you work with.

As one of Ottawa’s top 10% of agents at Royal LePage in Ottawa (2021), Basia Vanderveen will help you sell your home, even in turbulent market conditions.

She does the work. She’ll review current market conditions, historical prices and neighbourhood trends to price your home to sell.

Don’t rely on speculative news when pricing your home — get a free home evaluation from Basia today. 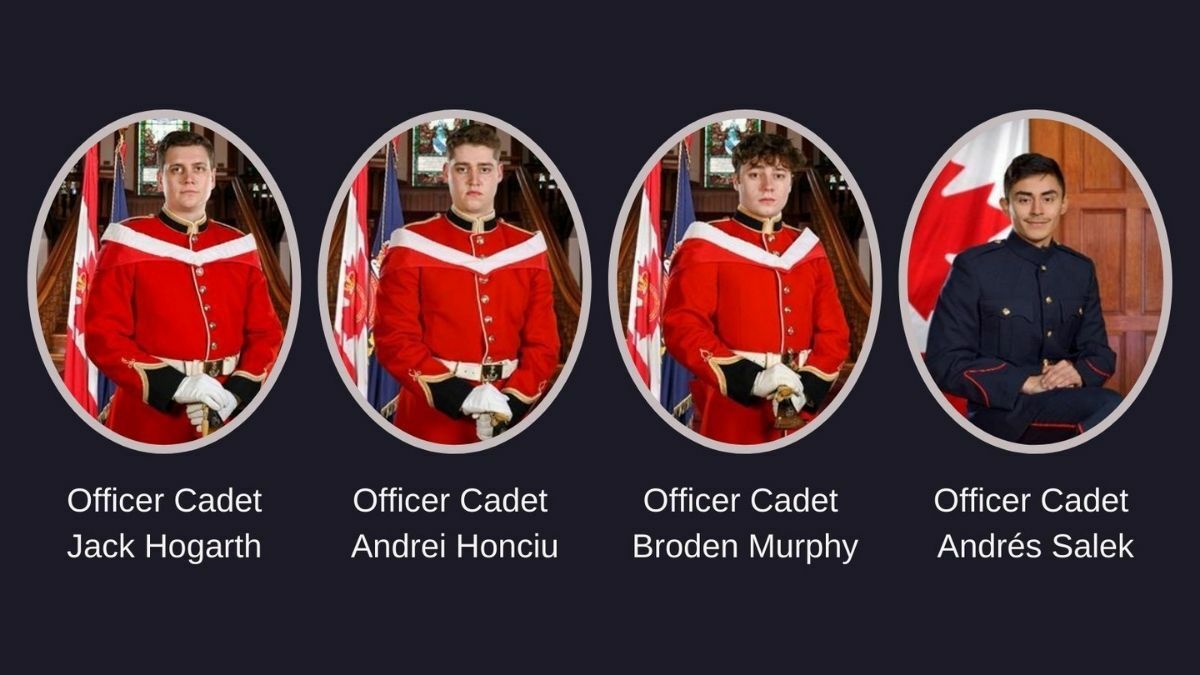 Four dead: Four cadets at Royal Military College died last week when their vehicle ended up in the St. Lawrence River late at night. It’s not clear what happened—few details have been released—but the names of the fourth-year cadets have been announced: Jack Hogarth, Andrei Honciu, Broden Murphy and Andrés Salek were all killed in the crash, according to CBC.

Investigation underway: The incident is being investigated by the Canadian Forces National Investigation Services, a part of the military police. A military lawyer told CBC it would be unlikely details of what caused the cadets' death would be made public unless charges were laid.

PC budget cuts education funding: The provincial government spent $1.3 billion less than planned on education. An earlier third-quarter fiscal update had estimated there would be $30.8 billion spent on schools, but last week’s budget said only $29.5 billion had been spent. It’s a figure the government blamed on a decrease in fundraising over the last year. [PressProgress]

Campaign unofficially kicks off: The leaders of the three main parties started their campaigns over the weekend. PC Leader Doug Ford unveiled his campaign tour bus. NDP Leader Andrea Horwath accepted the nomination for her riding and unveiled its bus. And Liberal Leader Steven Del Duca launched his campaign at his riding nomination meeting. [CP24]

Liberals promise to cut HST on food: If elected to government, Del Duca’s Liberals would expand the HST exemption on prepared food to $20. Right now HST is waived only for prepared food at $4. They promise to pay for the lost revenue by an increase in taxes on the wealthy and highly profitable corporations. [CBC]

Municipal campaign starts today: The day has finally arrived! Candidates can officially file their nomination papers to run for council and mayor. Once the paperwork is complete, they can also start collecting and spending money. Three people have said they’re running for mayor so far: former mayor Bob Chiarelli, Coun. Diane Deans, and Coun. Catherine McKenney. Outgoing Mayor Jim Watson has some advice for aspiring politicians in the Ottawa Citizen. [CTV]

OPS officer charged: An Ottawa police officer is facing four charges — sexual assault, assault, criminal harassment, and voyeurism — over alleged incidents of intimate partner violence. The incidents allegedly took place between 2014 and 2022. The officer has been suspended, but is not being named to protect the victim’s privacy. [CBC]

Record turnout for CN Cycle for CHEO: The first running of the charity ride since 2019 drew a record crowd of 4,300 participants. They also raised a record $1.4 million for CHEO. The money will go to equipment, programming, and support for families. [CTV]

Residential schools monument planned: A monument to the survivors and victims of the residential school system is planned for a “highly visible location” in the city. The exact site and timeline for the monument have not been decided yet, but the federal government has pledged $21 million to the project. The first meeting of the committee in charge of the monument will take place this month. [CBC] 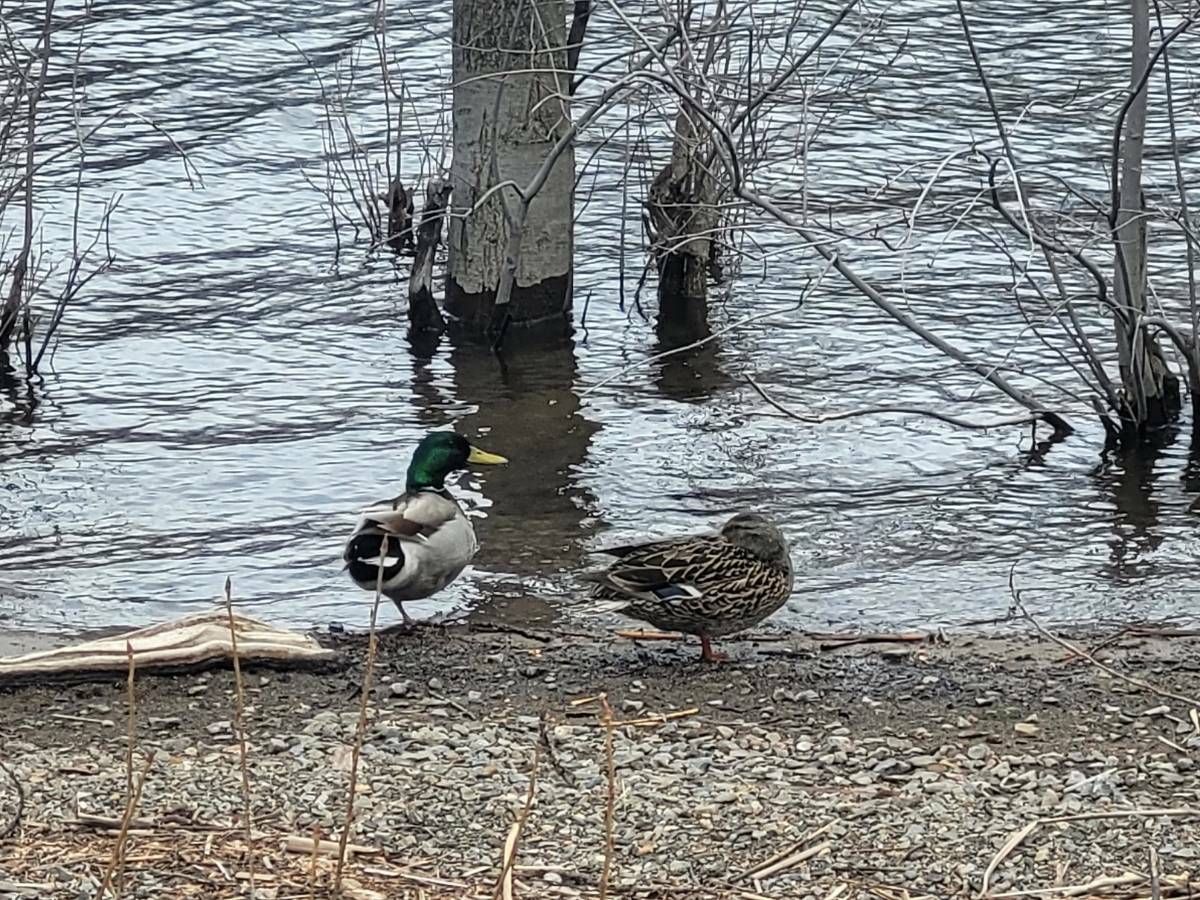 Deepest apologies to Ron Dennis last Friday. We ran the wrong photo. This is the correct photo of ducks in the Ottawa River. Apologies, Ron. (Though, we are sticking with our pro-duck, anti-goose stance.)

Have a photo you want to share with the Lookout community? Reply to this email with your favourite shots from around town. We’re always looking to run reader photos! 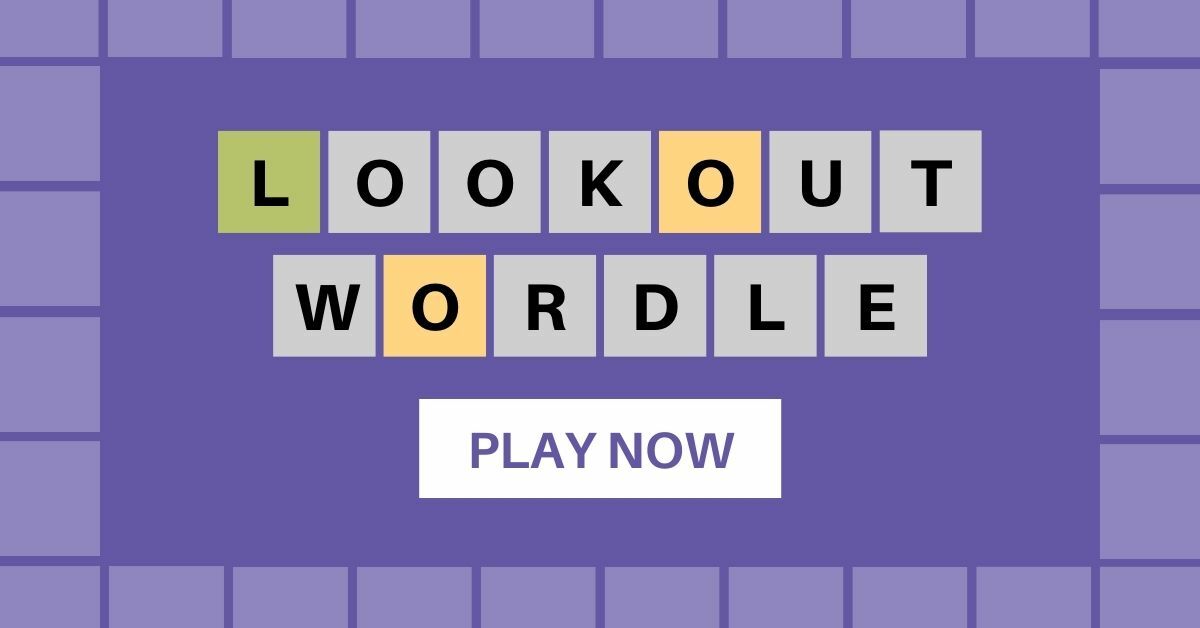 In the meantime, please enjoy our newest feature, Ottawa Wordle. It’s a word associated with our city. If you enjoy it, please let us know! Play Ottawa Wordle.

Reach more than 22,000 locals with Lookout ads - contact our team