A new protest is rolling into town this weekend, and officials are bracing for its arrival by closing off parts of downtown to protesters. 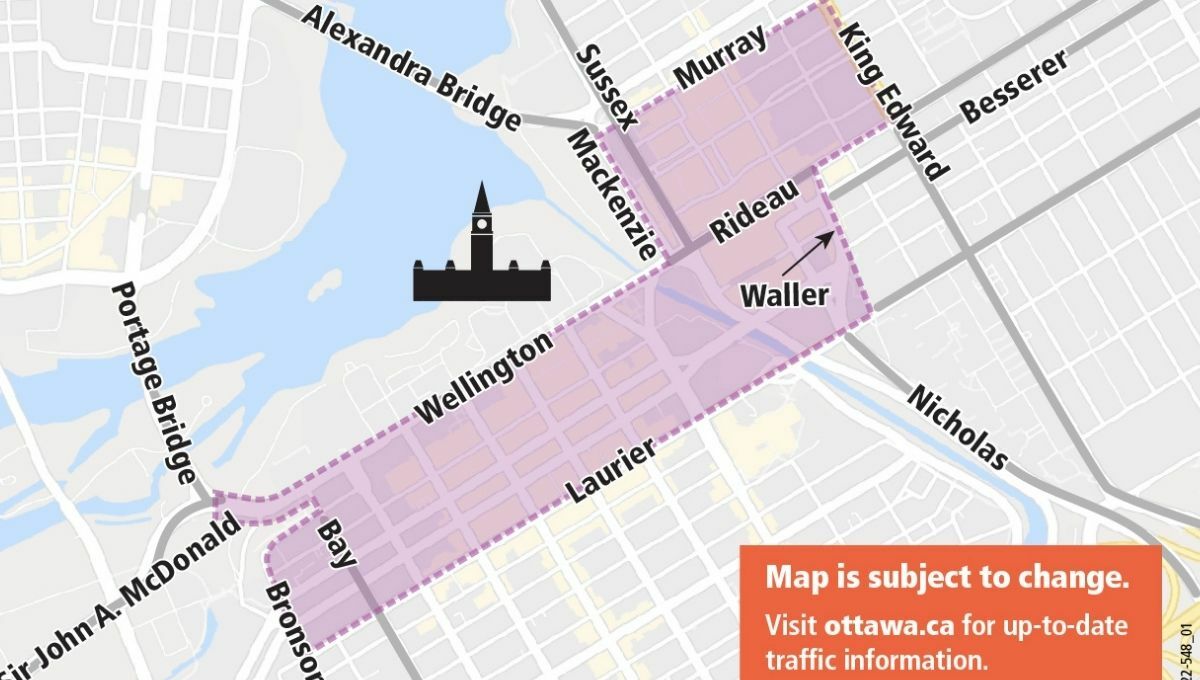 It’s been a balmy and blustery April week. Almost the time of the year to take the balcony hammock out. Alas, not quite yet (as you’ll see when you get to the weather).

Big news here at the Lookout. We’re close to hitting a huge milestone here of 400 Insider members. We love that so many of you want to get to know, and enjoy this city even more.

Right now we’re 39 members away from 400. To celebrate this milestone, we’re giving away 39 discounted memberships to our Lookout Insider membership. Scroll down to learn more and get the discount link.

Right then, on with the newsletter.

The ‘Thunder’ Rolling Into Town 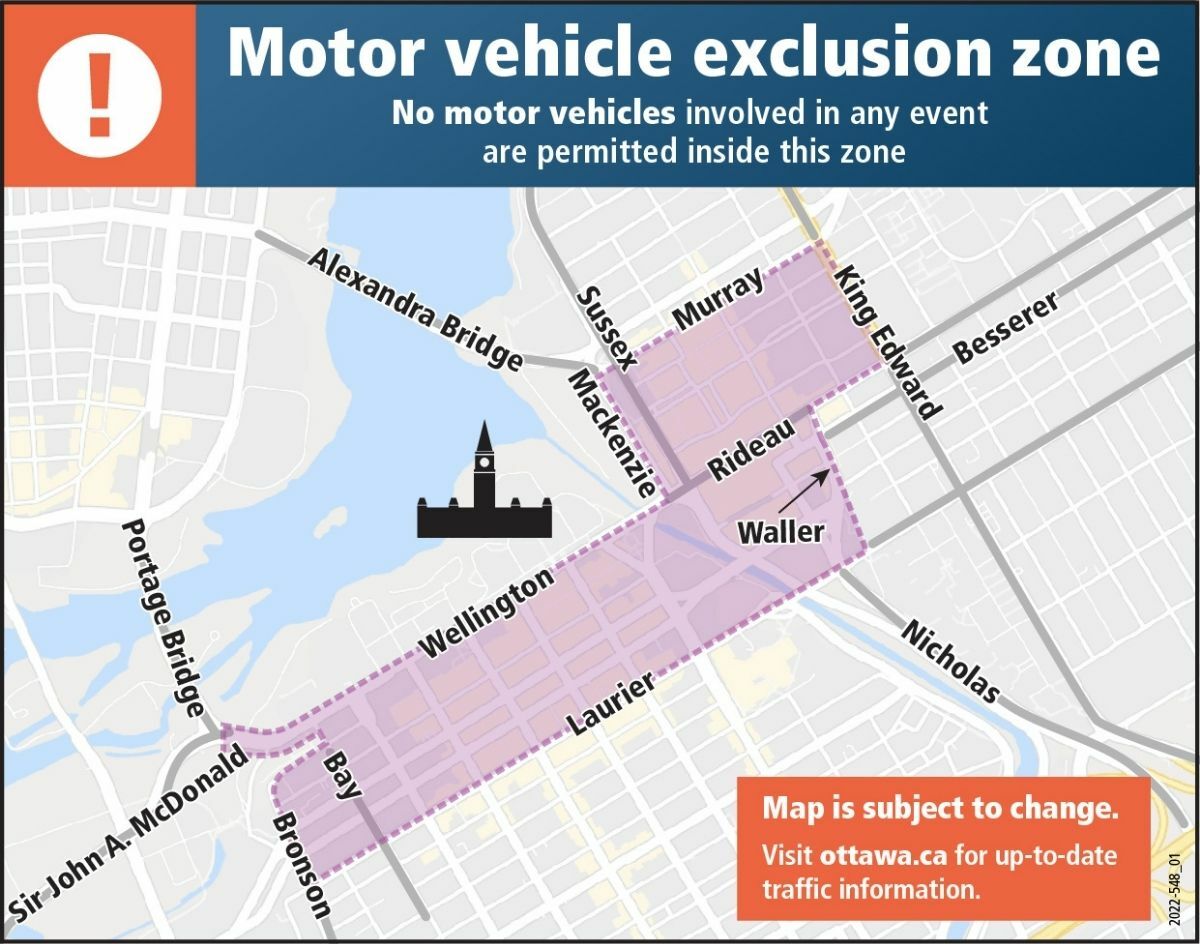 Thunderstruck: Ottawa police are preparing for the arrival of a motorcycle protest with a “vehicle exclusion zone” downtown. Officials are trying to head off a repeat of the winter’s convoy disaster. As many as 1,000 motorcycles and other vehicles roll are expected to roll into town Friday.

The actual effect on traffic isn’t yet clear, or how it will be enforced in a way that still lets citizens through with their vehicles. The city says to monitor its traffic map and traffic updates Twitter account over the weekend.

Not impressed: One person who isn’t impressed with the plan is Coun. Catherine McKenney, who said on Twitter little seemed to have been learned from the previous protest.

The councillor posted a map they said was released by organizers, which instructed protestors to park on a number of side streets off Bronson Avenue.

From the organizer: One of the motorcycle convoy’s leaders said because of the city’s changes, the weekend would turn into a mess. “Thousands of people are coming to the city. There could be over a thousand bikes coming to your city. We had a route nailed. … Now it’s going to be a free-for-all,” Neil Sheard said according to the Canadian Press.

Protest plan: Sheard told CFRA the plan was for a series of drive-bys downtown, and a ceremony at the National War Memorial. Part of the motivation of the protest is the way the Memorial was—their words here—desecrated because a fence was put around it by police to protect it from the urine and general disrespect of convoy protestors this winter.

Why Some Homes Sell Slowly 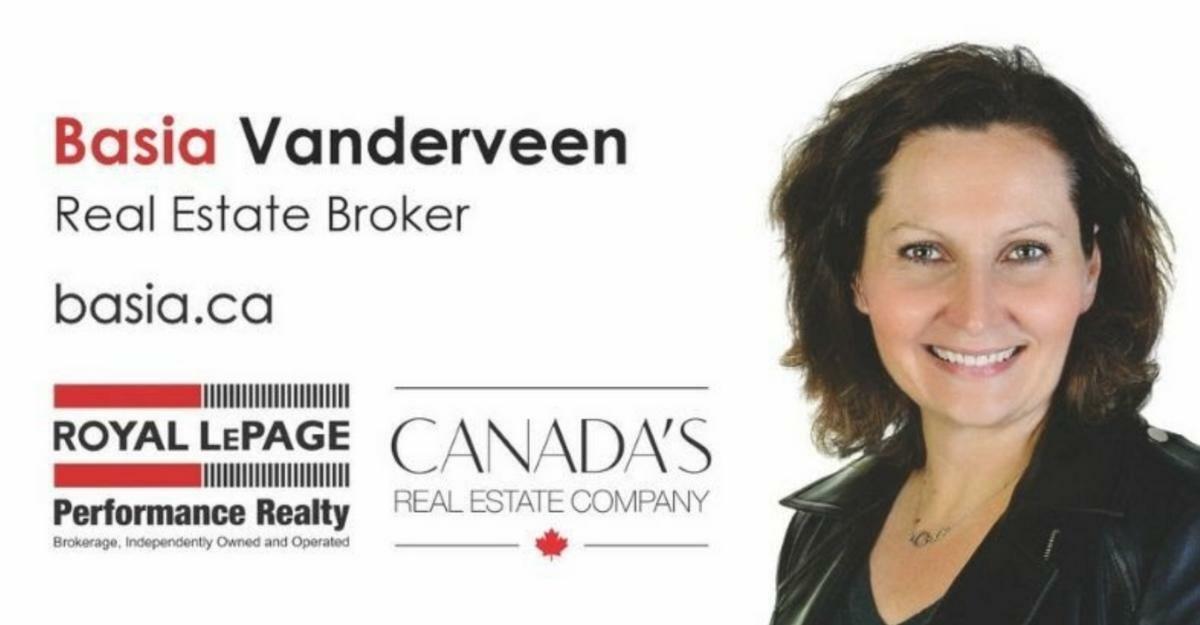 You take the photos, make big future plans and list your house. You can’t wait to sell and move into your dream home.

But weeks later, no bites. Was it the photos? No. Home age? Not necessarily. That weird discoloured wall you asked your partner to replace? Nah.

A long, drawn-out home sale can come down to one significant factor — your listing price.

Basia Vanderveen from Royal LePage is here to help. As one of Ottawa’s top 10% of agents at Royal LePage in Ottawa (2021), she knows how to sell homes.

She’ll spend the time reviewing market conditions, historical sale prices, inventory and neighbourhood trends. She does the work so you can sell fast, at a price you’re comfortable with.

Get a free home value assessment from Basia today so you can sell your home with confidence. 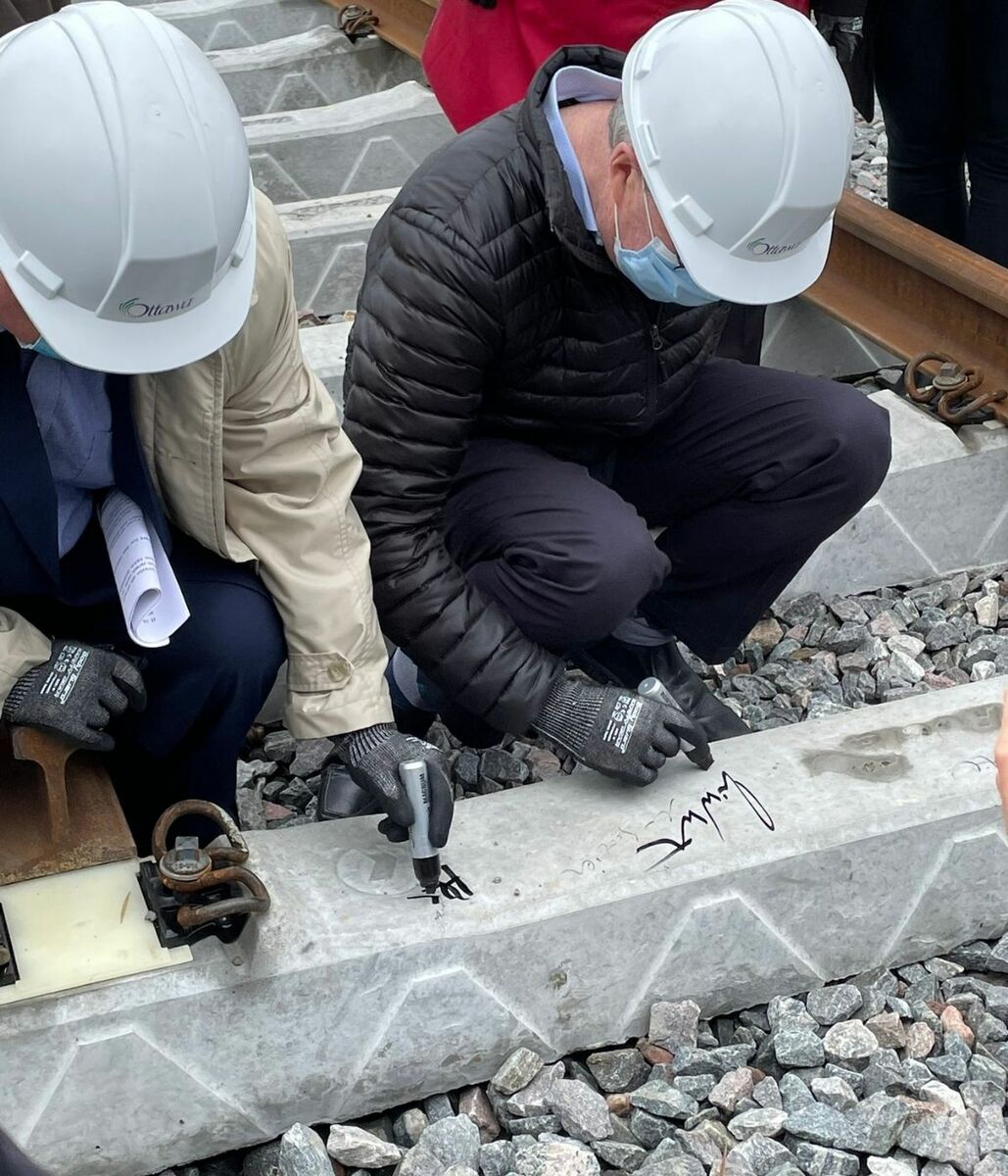 LRT progress: They’re officially laying track for the eastern leg of the LRT extension, which will take it all the way to Trim Road. A variety of dignitaries showed up to write their names on stone, before the first bit of track was ceremonially laid. Mayor Jim Watson tweeted the line will be in service by 2024—assuming things go to plan.

The plan: The city expects to lay about 25 kilometres of track by the end of the year, according to the Ottawa Citizen. There will be five new stations, which will mean people in Beacon Hill, Blackburn Hamlet, and Orleans will be within five kilometres of the LRT. An update on the project’s progress is expected Friday. The eastern extension is supposed to be completed by Nov. 25, 2024, according to the Citizen.

Meanwhile… In the west end, things aren’t so rosy. There’s currently no date for when the LRT from Tunney’s Pasture to Moodie Drive will open, according to CTV. The construction company building the line wouldn’t tell the broadcaster if this half of the line would be running in 2025, when it’s currently scheduled.

Life-changing: She was nearby when Cpl. Nathan Cirillo was shot at the National War Memorial, and it had a profound effect on Margaret Lehre. The 68-year-old nurse told the Ottawa Citizen the tragedy “galvanized me into action.” She has since volunteered with Doctors Without Borders and spent time with the Red Cross in the early part of the pandemic at devastated Quebec nursing homes.

Donating a kidney: In October 2020, she donated a kidney. Since then, she’s become a Transplant Ambassador with the Ottawa Hospital, to encourage others to donate organs if they’re able.

That Friend Who Knows All The Coolest Restaurants? 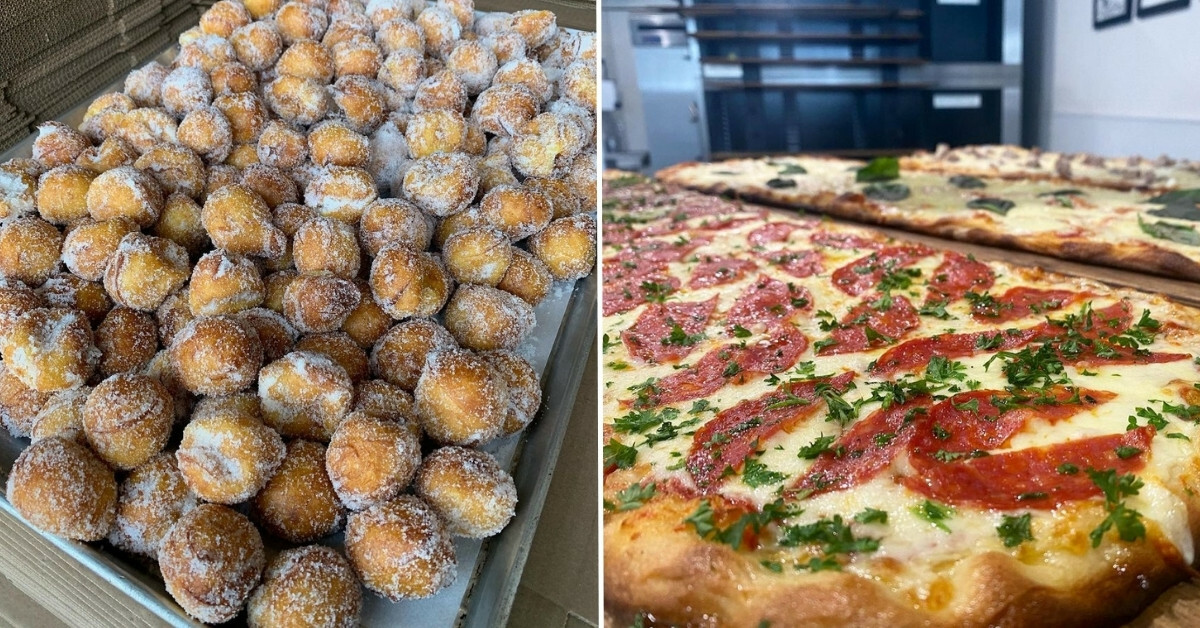 That could be you. No seriously.

With a Lookout Insider membership, you’ve got a leg up when it comes to choosing the next night out on the town.

This isn’t just a listicle. Each restaurant is visited and reviewed by our food editor, so you know it’s high quality.

And until Saturday, we’re offering 25 percent off a Lookout Insider membership to the next 39 people who join. But hurry, these discounts will disappear quickly.

Get 25% off a yearly membership or 25% off a monthly membership for your first year — but hurry, last time we ran a discount we ran out in a few days.

Magic mushrooms for sale: A shop in Ottawa is selling psychedelic mushrooms to protest unjust drug laws. The Golden Teacher has set up downtown and a second store, Shroomyz, is set to open in a few days on Preston. It’s currently illegal to possess, sell, or produce the fungus. [CBC]

Quebec tax crackdown: Revenu Quebec in the midst of a years-long crackdown on residents who claim an Ontario address to avoid paying the higher taxes in la belle province. The problem seems especially focused in the Outaouais, where neighbours are reporting each other for having Ontario licence plates. [Radio-Canada]

Saved from under a tree: A man in his 70s was airlifted to hospital with serious injuries. He had been cutting a tree when it fell and pinned him. Several firefighters were needed to lift the tree off the man, before he could be treated by paramedics and flown to hospital. [CTV]

SIU clears Ottawa cops: Two officers were cleared of wrongdoing when a man died in custody last year. The man was arrested after a drug search, and while in jail went into medical distress. He died in hospital of an overdose. [CTV] 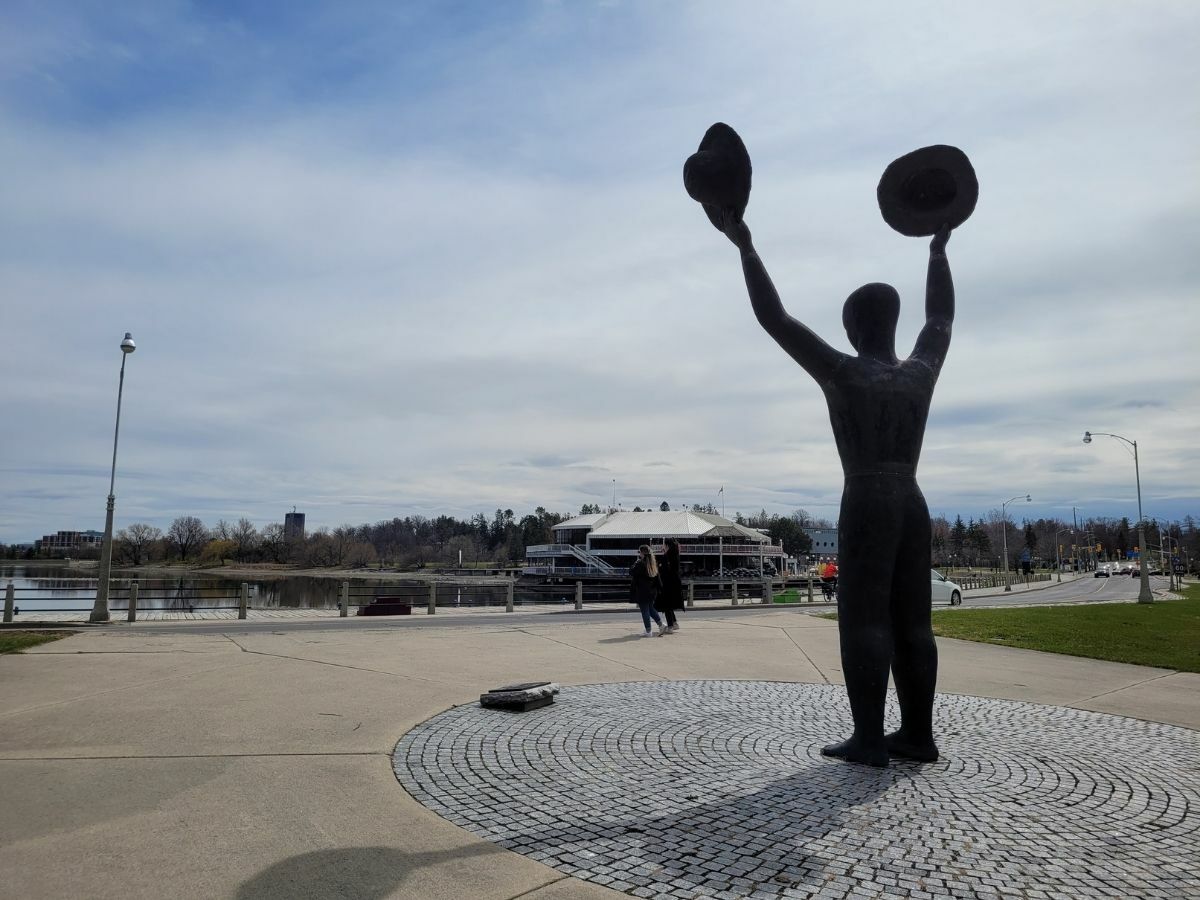 Today’s great photo landed in our inbox from reader Ron Dennis, who sends us this shot of the Man with Two Hats sculpture on a lovely day don at Dow’s Lake.

Have a shot of our city you want to share with readers? Send it in and we’ll feature it in an upcoming issue of the newsletter.

Reach more than 21,000 locals with Lookout ads - contact our team