Home prices are forecast to rise in the double digits again this year, after an absurdly hot year. There’s no relief in sight. 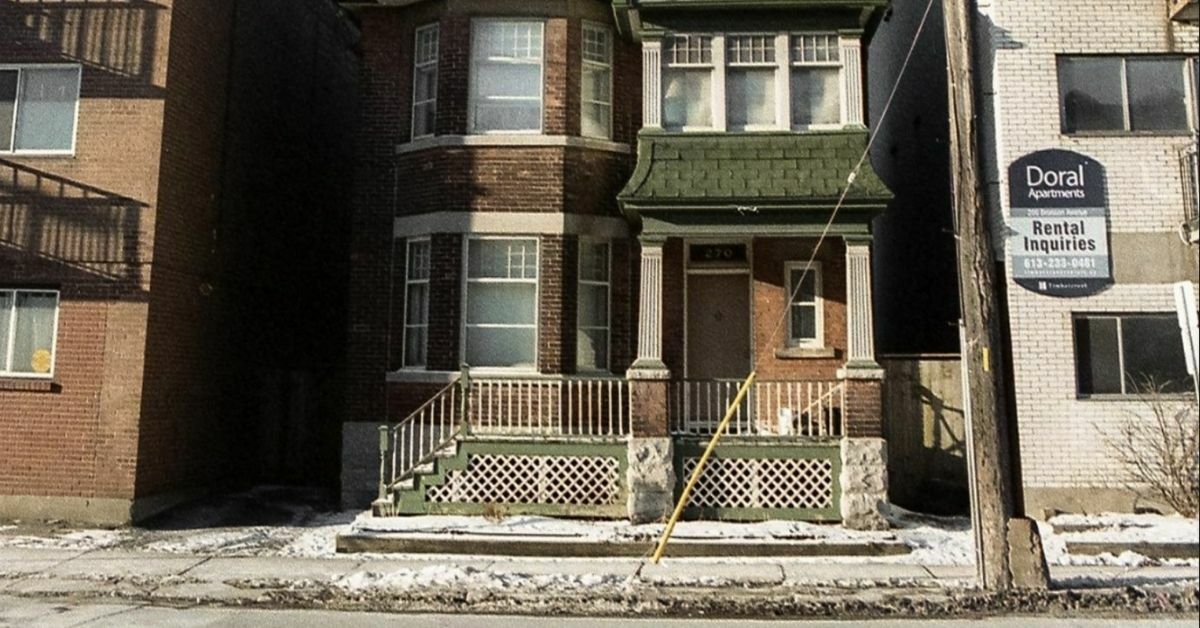 Welcome back to your regularly scheduled Lookout newsletter. I hope everyone had a nice long weekend. I certainly did, it was nice to step back for a couple days and catch my breath.

A quick housekeeping item for some of you: If you signed up for the newsletter looking for our guide to some of Ottawa’s best pasta and pizza restaurants in Ottawa, you may have been accidentally directed elsewhere. You can find our guide here.

Let’s get to the news. 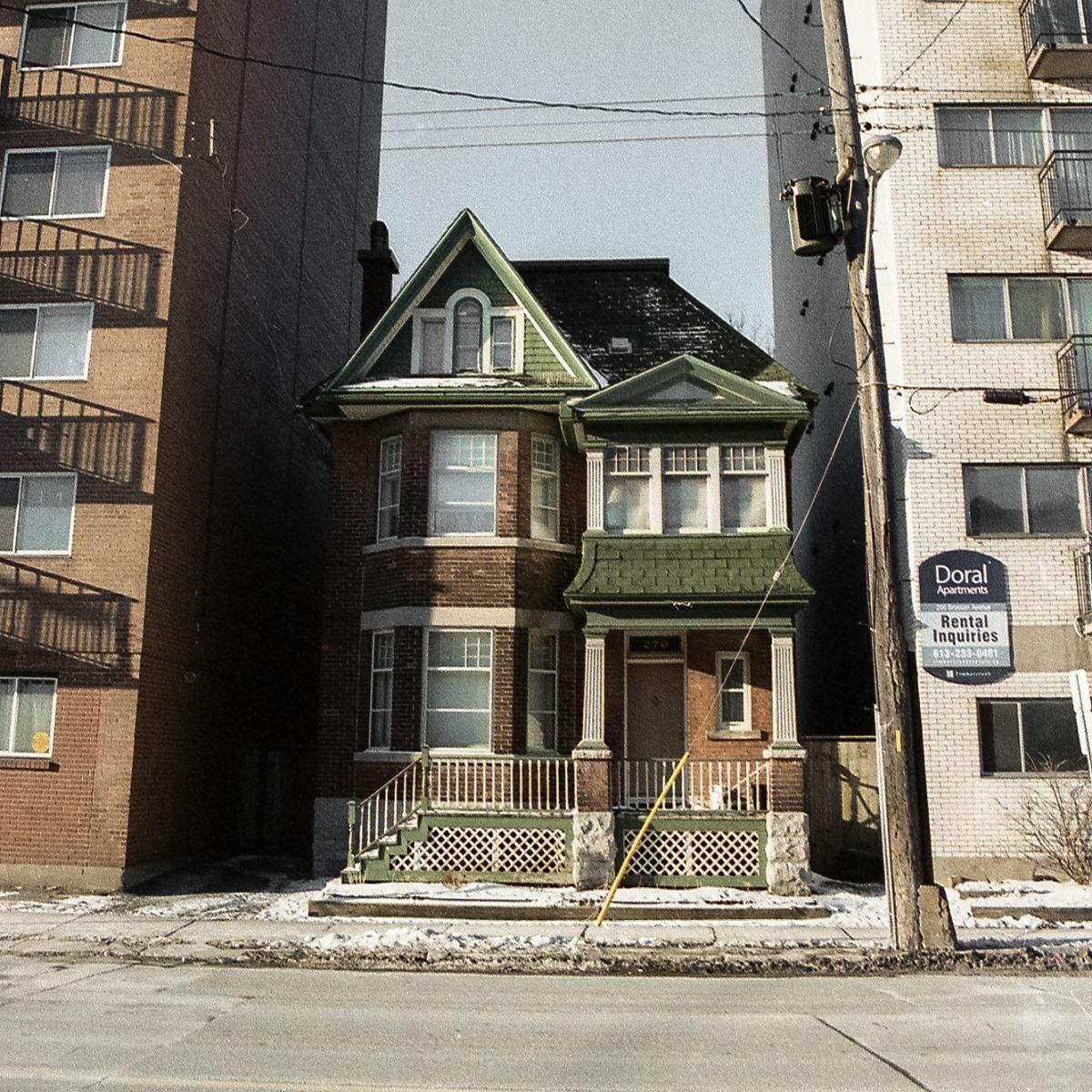 Up, up, and out of reach: The latest Royal LePage House Price Survey forecasts another year of absurd housing price growth in Ottawa. They predict the aggregate price will increase 13 percent to $835,900 in the fourth quarter over the previous year.

Suburban absurdity: Some of the biggest gains were in the city’s suburbs. One realtor told the Ottawa Citizen prices have doubled in places like Findlay Creek and Barrhaven, pushing up the city-wide average. Aboozar Sheikhi, a broker for Keller Williams Integrity, told the paper  “It’s going to continue fluctuating until something systematic comes into play.”

More starts in Quebec: A rise in housing starts across the region is being driven largely by construction in Gatineau, the OBJ reports. Housing starts in the region rose to 1,318 in March from 1,196 at the same time last year. There were 521 new homes started on the Quebec side of the river—up from 182 last year—but starts were down in Ottawa to 797 down from 952 the year before, according to the Canadian Mortgage and Housing Corp.

What Do You Think?

Last week we asked readers to name the east-end road that’s going to be under heavy construction starting this weekend. The answer was Montreal Road. Congrats to Debbie for getting the right answer!

This week we’re asking readers about housing issues. Prices continue to rise. How concerned are you about rising housing prices in Ottawa? 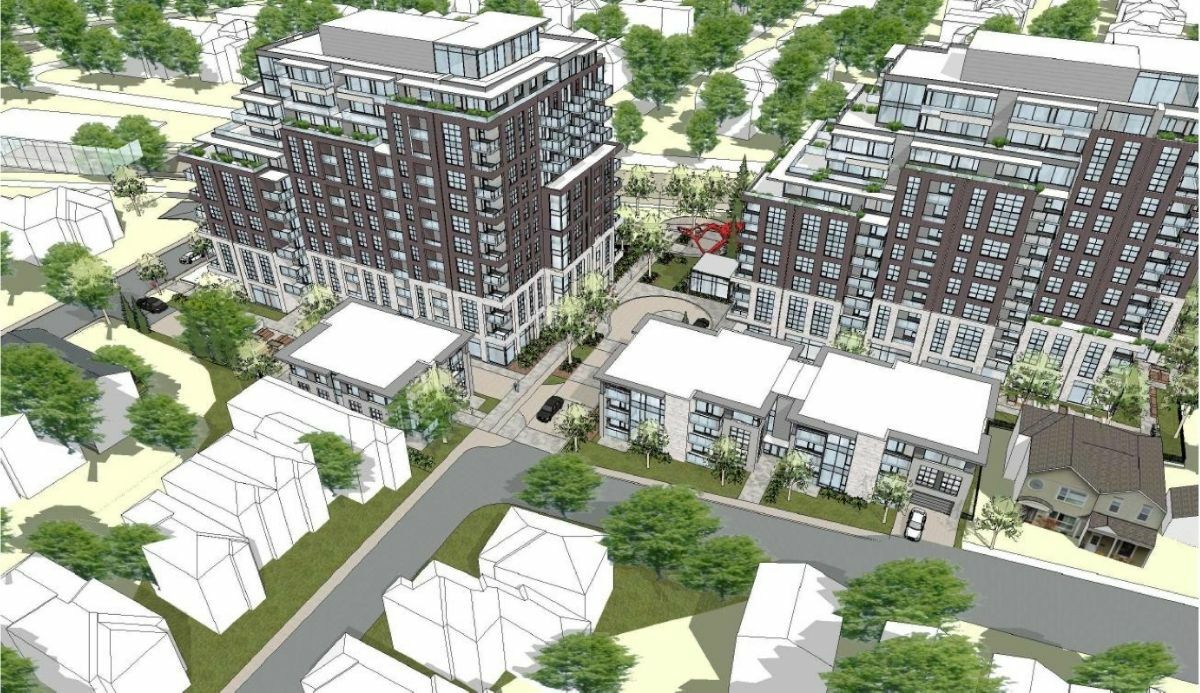 Westboro residents dismayed: A proposed 12-storey tower next to a future LRT line is too big for the liking of some residents of the area, the Ottawa Citizen reports.

The Ontario Municipal Board previously killed the project when the towers would be 14 and 16 storeys tall. One resident, who was a part of the earlier effort to kill the development, told the paper, “It doesn’t suit the residential characteristic of the community in which we live.”

The community in which they live: Within a few hundred metres of the proposed apartments—a few blocks—stand four high rises which are between 14 and 25 storeys tall. They’re a mix of condos, apartments, and a seniors’ complex.

The new buildings would be less than 200 metres from the future Stage 2 Kìchì Sìbì station. It would have apartments designed for families, six-room units with three bedrooms and a bathroom. Local Coun. Jeff Leiper said in a report to council he backed up his constituents fighting the development, despite seeing positive elements in the construction.

Not a big improvement: Touted as a major step forward for ParaTranspo, a new app doesn’t address the core issues with the service. As one wheelchair user Kyle Humphrey told CBC, he’s still unable to make a same-day appointment. This means an impromptu social event, or out-of-the-blue tickets to the hockey game are still inaccessible.

What the app does offer is the ability to book rides online one to seven days later, rather than waiting on the phone for up to an hour for an appointment. You can also track where your ride is. (Riders of regular OC Transpo busses have had similar information for at least a decade.)

Another problem: Pickup times are still limited to between 6 am and midnight, and pickups can still leave users waiting well after they’ve ordered a ride. Humphrey said it wasn’t uncommon to be dropped off an hour before his shift at work, or picked up an hour afterward. 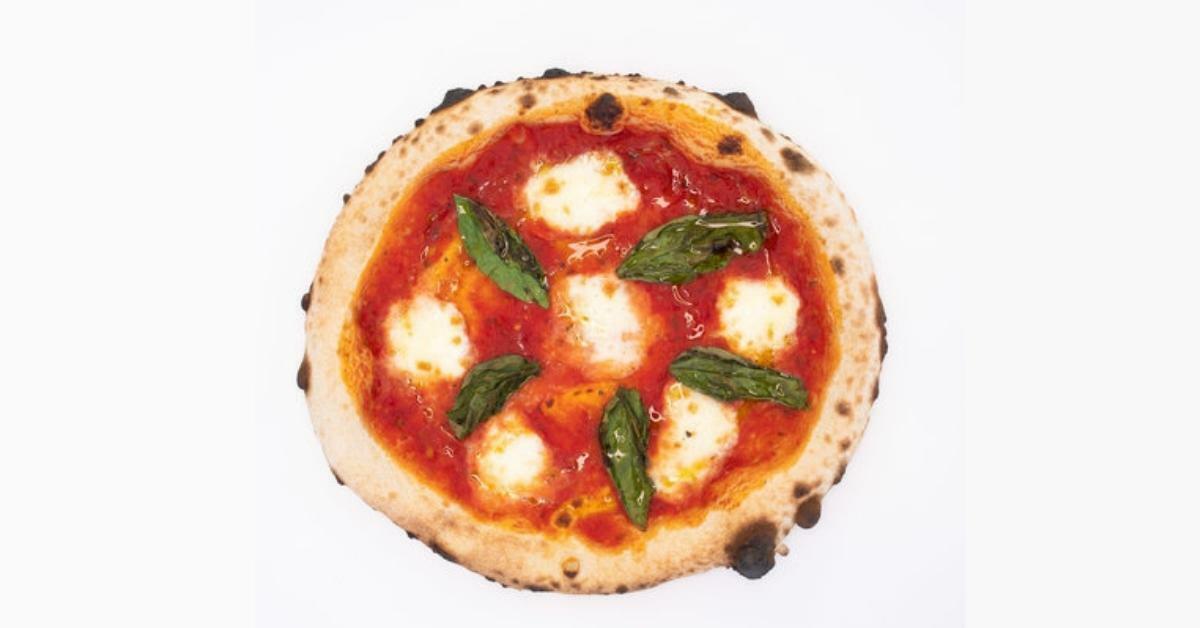 Calling all pizza lovers — tomorrow’s members-only Insider newsletter features a review from Pizza All’Antica along with another perfect date night spot. It ties nicely with our last Italian restaurant review of Farinella.

Become an Insider member today for as little as $99 for the year and get access to:

It’s 100% risk-free, you can cancel anytime. Try it out today and unlock the key to living your best life in Ottawa.

Half-billion hospital fundraiser: The Ottawa Hospital Foundation launched a $500-million fundraiser for its controversial new Civic Hospital campus. The new hospital is projected to cost $2.8 billion, with the province covering $2.1 billion of that. About $215 million has already been raised. The new hospital location will take over Queen Juliana Park, eliminating major urban green space on the edge of the Experimental Farm. [CTV]

Minto exec interested in buying Sens: Minto chairman Roger Greenberg said his family would “likely participate” in an ownership bid for the Senators, if the team goes on sale. Greenberg is also the chairman of the Ottawa Sports and Entertainment Group, which operates the 67’s and Redblacks. [CTV]

Pat King gets more charges: The convoy leader was formally charged with three counts of perjury and three counts of obstruction of justice. The charges stem from testimony King gave at a recent bail review hearing. The details of the hearing are under a publication ban. [The Canadian Press]

Green bin plan gets initial approval: A plan to bring green buildings to all large apartment buildings in the city got an initial approval by city council’s environment committee. Bins would be offered on a voluntary basis for the rest of 2022, but any new building starting municipal collection as of June 1 would be forced to participate. Less than half of the city’s large apartments participate in the city’s green bin program. [CTV]

Ottawa Mission serves thousands of Easter meals: The Ottawa Mission hit a rather grim milestone over the weekend, handing out 10,084 Easter meals to people in Ottawa. It’s a new record for the charity and four times what they handed out in 2019, before the pandemic. You can donate to the Mission here. [CTV]

House Of The Week 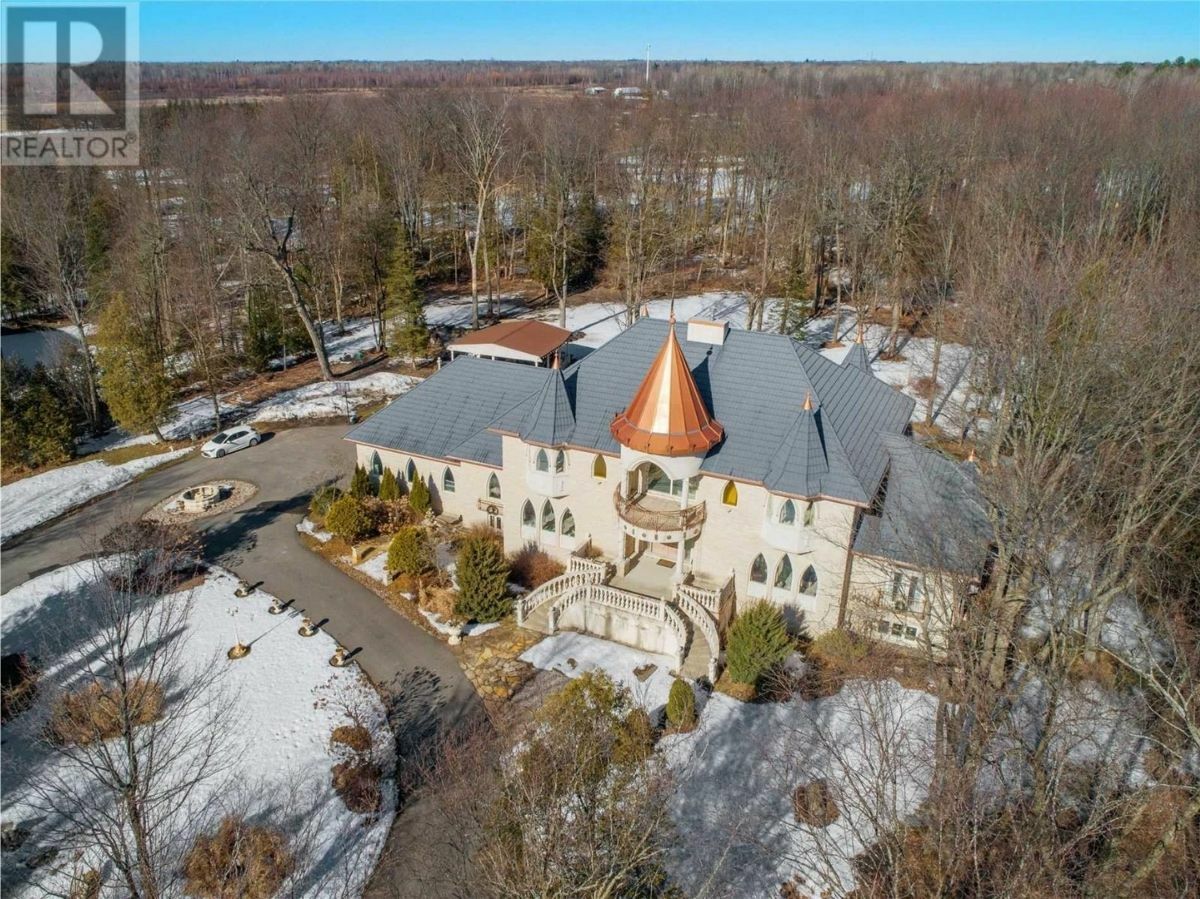 This week’s house of the week is a personal favourite, the custom-built mansion. No expense spared! No whim unfollowed! Pure id, on a poured concrete foundation. For a cool $3.5 million, this fairy tale castle could be yours.

Who wouldn’t want an interior balcony? 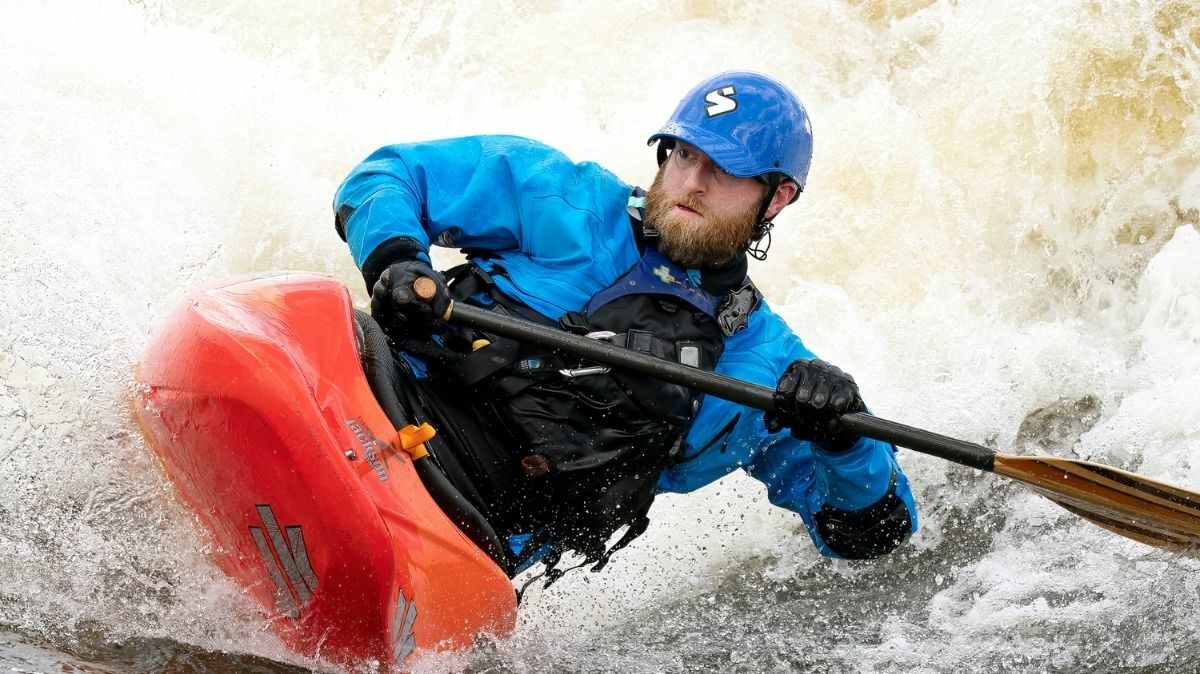 Today we’ve got a great shot from reader André Martin of a kayaker at Bate Island in the Ottawa River. Spectacular.

Out and about? Send us your photos! We love to share shots with the Lookout community.

Reach more than 20,000 locals with Lookout ads - contact our team