How gas prices are making everything more expensive

The price of gas hits you more than just at the pump, prices for all kinds of things are set to rise 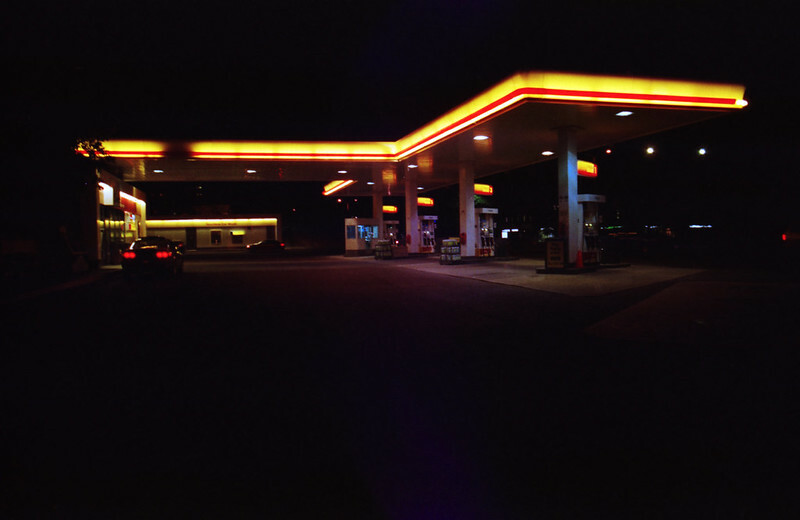 At least, I think it’s morning? How does Daylight Savings Time work again? Makes for a weird weekend.

Anyhow. Want to thank all of you who have filled out the survey we’ve sent out. We’re looking to expand into some exciting new things, and we need your feedback to help us. So, if you’d like to help shape the future of the Lookout, fill out our survey here.

Also, it’s the city’s declared Valentine's Day in March today. If you weren’t able to take your sweetheart out to their favourite place, well now’s your second chance.

With that, let’s blearily stagger our way into the rest of the newsletter.

Expect prices to rise: The rise in gas prices will be felt at more than just the pump. Everything from taxi rides, to deliveries, to moving may see price hikes in the near future, CBC reports. The prices are putting pressure on those providing services—taxi drivers, for example, have to pay for gas themselves—and eventually those prices will be felt by everyone.

Those who rely on deliveries say they’re seeing costs between 20 and 30 percent higher. And movers have seen fuel costs between cities almost double.

The hidden coast on housing: It’s also worth considering where fuel costs appear. Fuel prices are one of the hidden costs of housing. A house in the outer suburbs may be more affordable, but factor in commuting costs over the long term, and costs will be higher. As Brigitte Pellerin argues in the Ottawa Citizen, families can no longer rely on cheap gas to make housing affordable, and there need to be options besides large houses far from the city, and tiny apartments inside it.

Help on the way: Businesses in downtown Ottawa can begin applying for aid from the provincial and federal government this Tuesday. Businesses who were affected by the occupation can apply for up to $15,000, the Ottawa Citizen reports. The Downtown Ottawa Business Relief Fund includes a total of $20 million in federal funding and another $10 million from the province.

Who’s eligible: Businesses with fewer than 100 employees affected by the convoy —whether because they had to close, damage, or other costs—can apply for non-repayable funds. Invest Ottawa is coordinating the fund. Businesses looking for more information can sign up for updates at their site here. 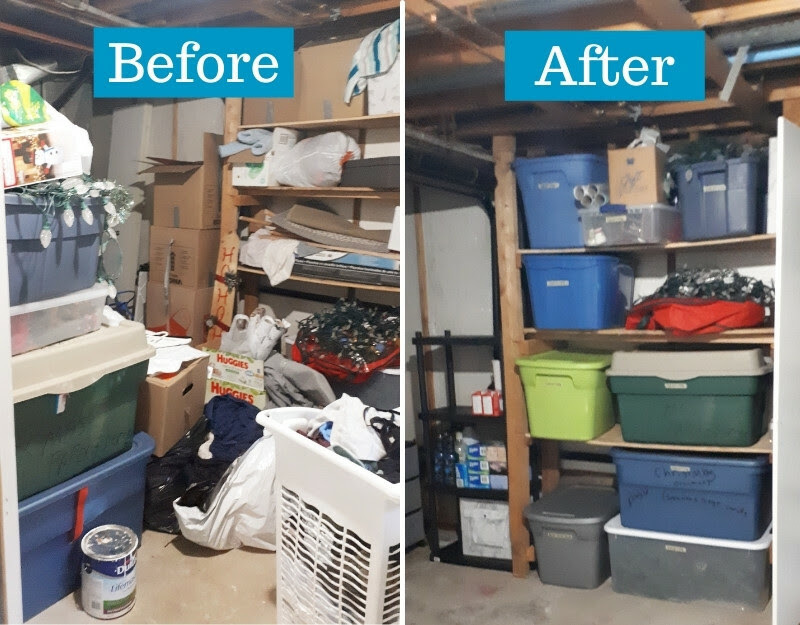 More than ever our homes need to be our sanctuaries. If your home is making you feel stressed and overwhelmed, Room2Breathe Organizing & Decluttering can help. In a matter of hours they can transform a room and have it functional and calm again.

Organizing & Decluttering allows you to take control of your life again - hit your reset button with a fresh start. No more piles, no more clutter and less wasted time, energy and money. Check out these before and after photos to see the transformations they do every day!

And Room2Breathe takes those items you are ready to let go of and finds local charities looking for those items. A win-win-win: you get space and calm, your donated items have a second life with someone who needs them and those items are diverted from landfills.

Two hard years: It’s just like starting over. Restaurants in particular had their businesses devastated by two years of the pandemic. In Ottawa, they’ve closed for nearly as many days as they’ve been open in the past two years. It’s radically changed business operations, CBC reports. Businesses across the city say now that restrictions are lifting.

Not just restaurants: All sorts of stores had to recalibrate their future plans. One Ottawa business advocate told CBC they will take a much more conservative approach to growth.

“We have seen people downsize. ... We have seen people revert online,” Michael Wood told CBC. "If [businesses] go under, well, then people are going to lose their homes and their assets. So, you know, this only exacerbated the need to change."

Ukrainian Businesses To Support In Ottawa 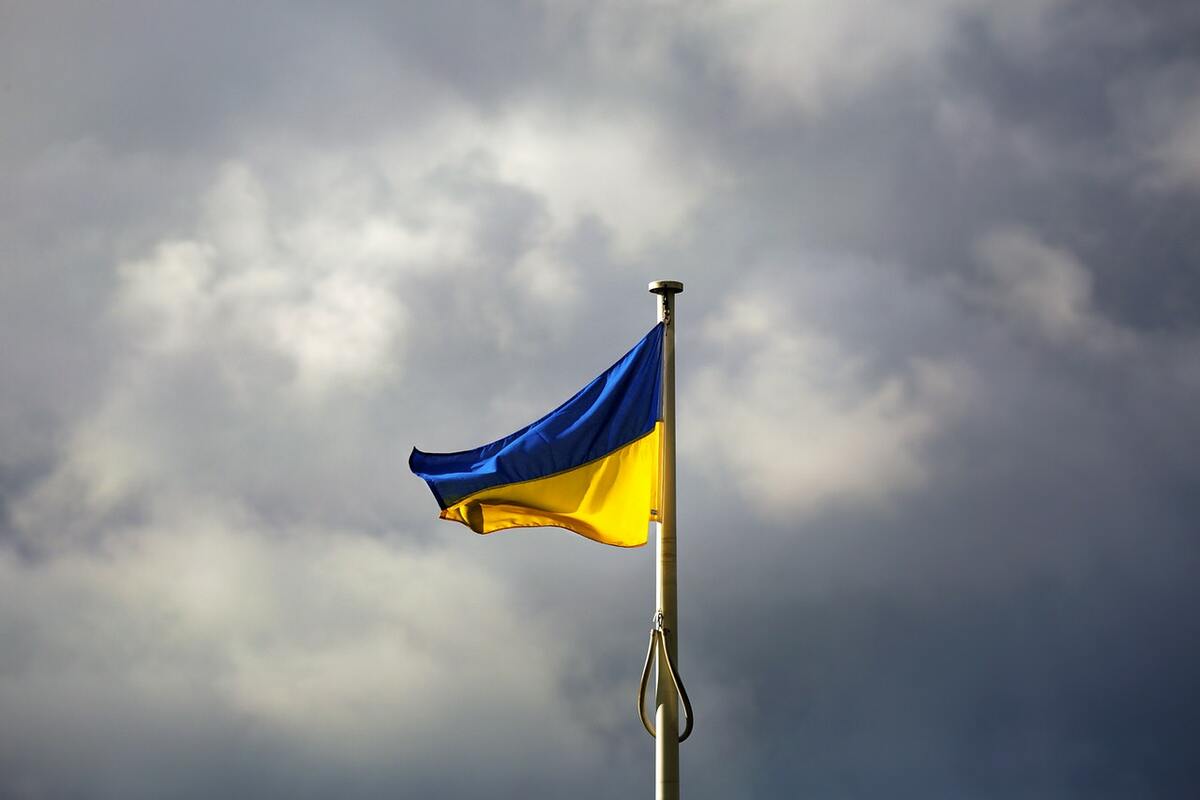 We asked you for your recommendations on Ukrainian businesses around town who might need some help and here’s a selection of what Lookout readers suggested. Have other ideas? Send them our way!

Lakomka International Deli, 1127 Baxter Rd. — Looking for some caviar or smoked fish? Lakoma is your place. “We have an excellent selection of deli meats and salamis, artisan breads, perogies and pelmeni, teas and decadent chocolates, and many more unique items imported from more than 20 European countries,” they say.

Oresta Organic Skin Care, 464R O’Connor St. — One of three locations of the organic skin care locations around town. Oresta has put together a list of charities and other places you can donate time or money to help out the people of Ukraine here.

Looking for more? The Ukrainian Canadian Professional and Business Association of Ottawa has a full directory you can check out.

OCDSB holding special mask meeting: The city’s biggest public school board is holding a meeting this evening to discuss  keeping a school mask mandate after March 21. Several school boards across the province, including in Toronto and Hamilton, have said they will institute their own mandates once the provincial mandate ends in a week. The premier and the provincial education minister have both said school boards should follow Ontario’s lead. You can watch the meeting here starting at 7pm, and you can view the meeting’s agenda here. [CTV]

Ottawa cops quit rather than face trial: Two Ottawa Police officers resigned last Friday in exchange for all but one of their charges being stayed in a trial for a tow-truck kickback scheme. In court the officers read out a statement saying they had been paid to give tow truck companies tips on crashes to give them an edge. One of the officers pleaded guilty to filing a fraudulent insurance claim, and had an 18-month sentence suspended. By resigning from the force, where they had been suspended with pay since 2020, they escaped further criminal charges. [CBC]

The perilous journey to Canada: One senior couple from Kharkiv, Ukraine has made it to Stittsville to their granddaughter’s home. Borys Yehorov and his wife Galina Yehorova had to leave Ukraine’s second-largest city after the Russian invasion forced them from their home. They had to leave with little more than a backpack full of warm clothes, a bit of food, and their prescriptions. The journey took more than a week, but when they arrived, the community had come together to provide clothes and other supplies. [CTV]

Five students killed in 401 crash: A horrific crash on the 401 just outside of Belleville has left five international students from India dead. They were all riding in a passenger van which crashed with a tractor trailer. Two other passengers in the van survived, but with serious injuries. [CBC]

Ottawa rallies for Ukraine: People from across the city once again gathered outside the Russian embassy to show their support for the invaded country of Ukraine. Dozens of blue and yellow flags could be seen as hundreds rallied. [CityNews]

Kid donates piggy bank to help Ukraine: A five year old donated his whole piggy bank to help out the embattled people of Ukraine. Kingston boy Liam Moore donated just over $20 from doing chores around the house to a fundraiser at his school. He said he wanted to donate the money to Ukranians because they weren’t safe. [CTV]

Car drives into Lowertown house: An Ottawa fire crew had to pull someone trapped in a car that drove into the brick front of a Lowertown house. The car ended up in the living room of the house, and extra supports needed to be added to the front to make sure it didn’t collapse after the car was pulled out. The people inside were able to leave on their own. Paramedics had to treat several people. You can see photos and videos posted by Ottawa Fire Services. [CityNews] 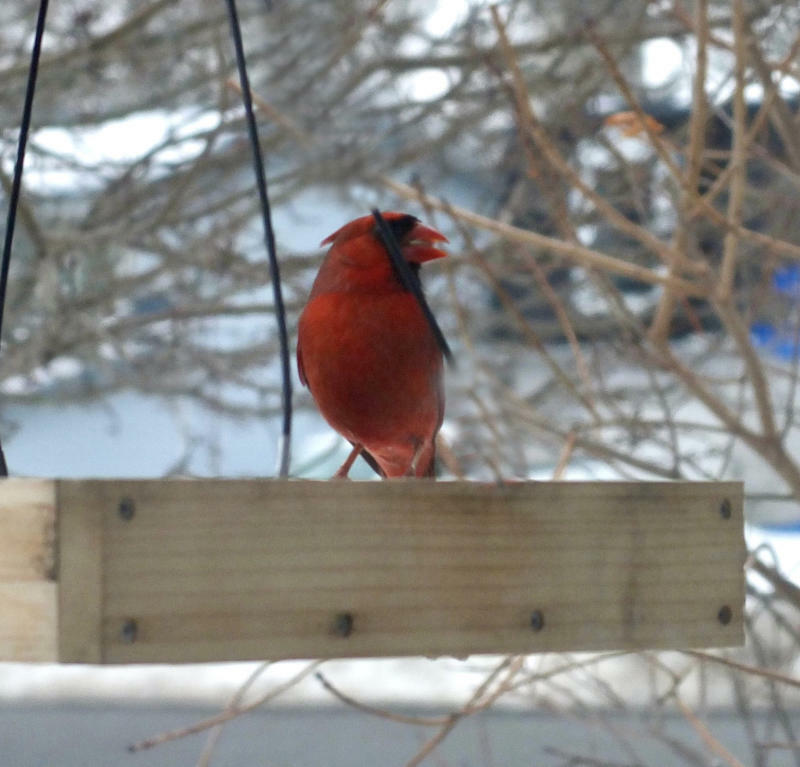 Maybe it’s just wishful thinking, but photos like this makes it seem like spring might just be around the corner. Thanks to reader Joanne Reyes for sending in this shot of a cardinal.

Want to support our newsletter and become a member? Subscribe today for as little as $2 a week.