The Chyzhevskyi family came to Ottawa from Odessa, Ukraine just six years ago and opened Duke in October of last year. 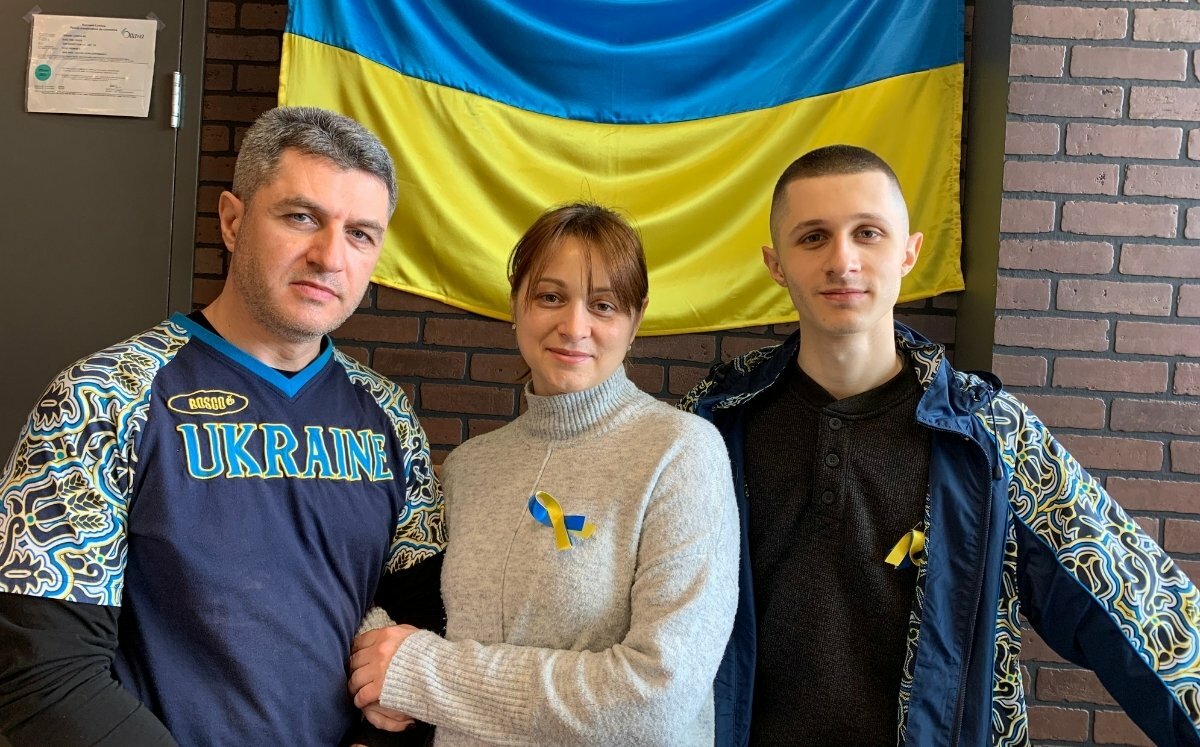 When my family first arrived in Ottawa from Germany, there were a few German Delis in town that provided so many of the tastes from home. One that offered a little bit extra was a shop on Bank Street near Somerset that sold mead. That sweet wildflower musk would cascade over my tongue and my young body was suffused and taken by these intoxicating vapours.

The German shops may be gone but eastern European communities have stepped in with stores of their own, filling their shelves with a broad range of goods very much familiar to me.

The latest such store to open is Duke Fine Foods at 2120 Robertson Rd. The Chyzhevskyi family came to Ottawa from Odessa, Ukraine just six years ago and opened Duke in October of last year. They named their business in honour of the French Duke de Richelieu who was seen by his contemporaries as one of the founding fathers of Odessa and who became it's mayor in 1803.

Duke may well be the largest European Deli in the National Capital region. It's bright, supremely clean and the clear sight lines and wide aisles make for inviting shopping. The packaged products are largely from the east; from countries such as Armenia, Latvia, Georgia, Ukraine, Hungary, and even Germany and Italy.

Their cured meat and fish cabinets offer a good range of charcuterie and smoked and salted fish. Of particular interest were the newly arrived Spanish salami products from Beher. Beher may be a large company but I find their Iberian pork products far superior to other Spanish products commercially available in the Canadian market. I would also recommend trying their Tocino Iberico Bellota (aka Salo) which is a salted back fat that makes anything fried in it simply extraordinary and what a delight to find such a high end culinary staple at Duke. In fact Duke is one of a small handful of Ottawa shops to have Beher products.

Fresh breads are delivered daily and classic pastries such as a version of the raisin-studded cheesecake my mother used to bake which, while good ... is not as good. There's a wide world of products to be discovered at Duke and in fact many were new to me such as the Lemonade Kazbegi Saperavi soda. Saperavi is a grape indigenous to Georgia and is typically made into sweet or dry wines of varying quality. I happen to enjoy this wine and as a soda it's a winner — it's different, mysterious and not a little bit delicious.

The last years have not been gentle with the human race and as we have been restricted in our travel and now with greater conflicts threatening peace, the humble European food shop becomes something more. A place of familiar sights, smells and sounds of your language being spoken, the business becomes a Consulate of Consolation for those removed from friends and family. A place of reawakened memories, bonding and sharing. The Chyzhevskyi family are fulfilling a role far greater than they would have liked to imagine and we may all want to share in that experience with a show of solidarity. And with a donation of your choosing at Duke, you can walk away with a beautiful Ukrainian flag.

I may still fantasize about stumbling across a bottle of mead where I least expect it but as we know, these are not the “good old days,” just the difficult part before better days ahead.