Across town, big construction projects are kicking into high gear. Plus, a quick recap of the provincial leaders’ debate.

As I was watching the provincial leaders’ debate Monday night, I couldn’t help but think how little attention this part of the province gets. It’s sort of a constant you come to expect growing up here, but provincial politics seems to rotate almost entirely around the GTA.

Some of this, I get, there are millions of people there. But still, the only time Ottawa came up was to talk about the federal government. Sometimes I wonder if people outside the city realize people actually live here.

With that in mind, we’ve put together a survey for you, the readers, to tell us what you want to hear from the provincial parties during this election. What Ottawa issues are important to you? Let us know in this survey, and we’ll send along some of your questions to the parties and release their answers before Election Day.

Let’s get to the news.

Big Barrhaven project: The city officially launched construction season for the year, by highlighting the $112-million Strandherd Drive widening project. The two-lane section between Jockvale and Kennevale will become four lanes. It will mean Strandherd will be continuously four lanes from the 416 to the Rideau River. An overpass of the VIA tracks will also be built.

Ahead of schedule: Barrhaven Coun. Jan Harder said in a statement, “We are extremely pleased that construction is currently ahead of schedule with completion anticipated in advance of our original fall 2023 target date.” The project started in 2020, and according to CTV could be completed by the fall of this year.

Water upgrades: A less splashy project is the upgrade of the Carlington Heights pump station, on Clyde Road near the 417. The current station was built in 1963, and serves about a third of the city’s main water network, supplying 250,000 people with drinking water. Construction will get underway in earnest in the fall, and take about two years.

Other projects: The city also touted several other major projects, which you can see plans for below: 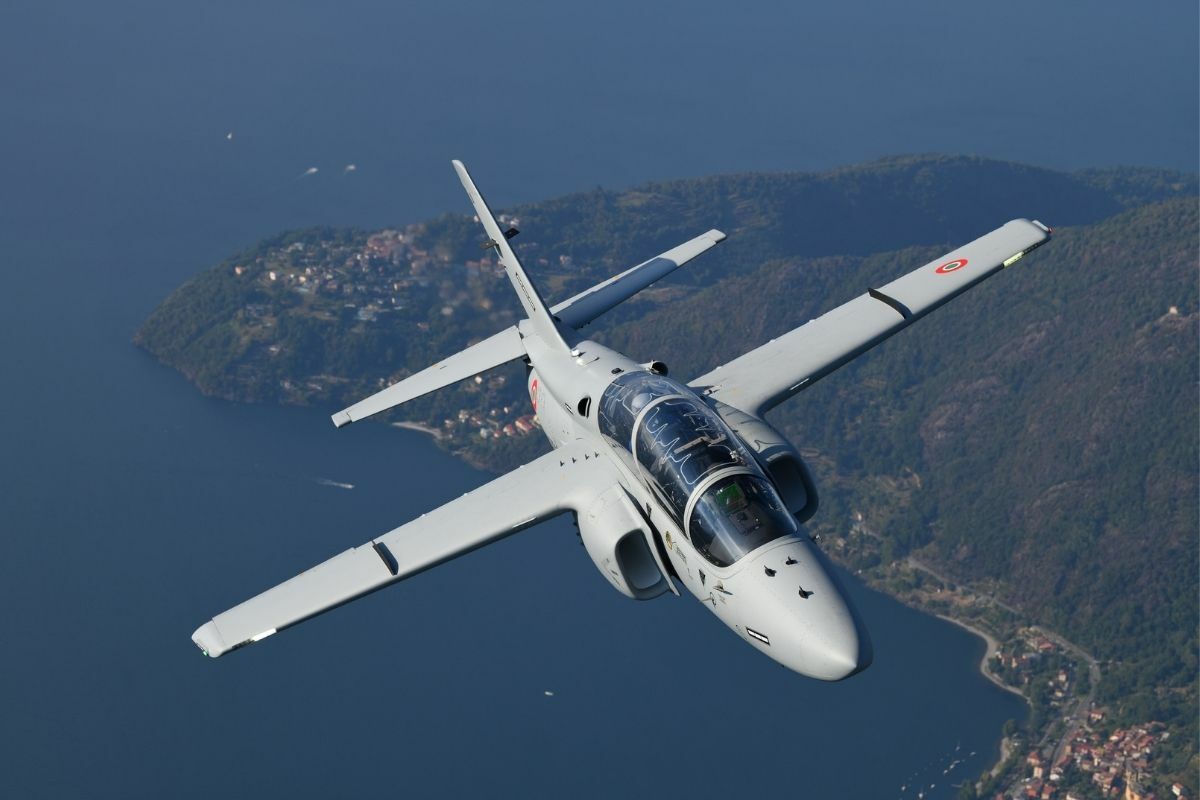 The rapidly changing global geopolitical landscape, including evolving security threats and conflicts, have forced many countries to examine their own defence and security capabilities. In Canada, the Future Aircrew Training (FAcT) program is another important forward-looking step to strengthen and enhance the abilities of the Royal Canadian Air Force by focusing on a critical element: the recruitment and training of Canada’s future pilots and military aircrew.

To achieve this goal, Canada needs to look beyond – and within – its borders for the most capable and qualified partner to train the next generation of recruits. With decades of experience creating military training for air forces around the world, Babcock Leonardo Canadian Aircrew Training (BLCAT) offers a first in class solution with a proven track record and expertise.

Leaders’ debate: All four party leaders faced off Monday night for the second and final debate. It was a well-moderated affair, making it much less excruciating than the typical debate. There was no specific focus on Ottawa issues — the LRT was never mentioned, for example — and most of the leaders stuck to talking about their plans and promises, while also taking a few shots at each other and the current government.

You can watch the whole debate on TVO’s YouTube page.

Life after Hillier: Big changes are coming to the rural riding Lanark—Frontenac—Kingston to the west of Ottawa, as long-time MPP Randy Hillier won’t be running for re-election after 15 years. He’s facing nine criminal charges from his time at the convoy protest. Locals say it’ll be for the best, as local issues have long been neglected in the area. [CBC]

Autism funding promises: Since the PCs came to power, the waiting list has doubled and there are now 50,000 kids waiting three years to get services. There was no specific funding announced in the April budget that dropped before the election began. The NDP says it will remove caps to the system and make it needs-based, adding $75 million to the system in the first year and, $100 million in the second., and $125 in the third. The Liberal plan is to actually use the money in the budget, and expand special needs care in schools. The Greens would increase funding annually for autism supports by $120 million per year for six years. [CBC] 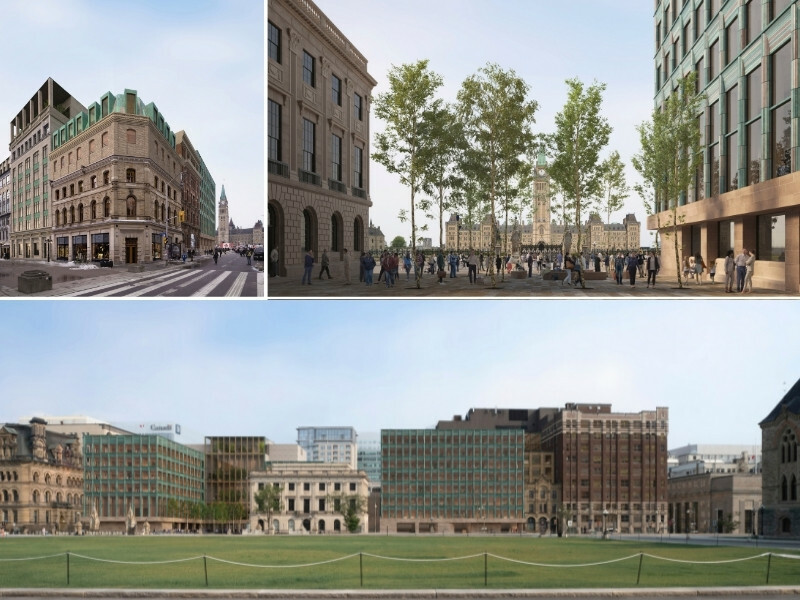 Block 2: The block across from Parliament Hill, between Metcalfe and O’Connor, will be getting a new look in the next few years. An independent jury selected for the federal government a design by Zeidler Architecture and David Chipperfield Architects.

What’s inside: The buildings will have office space for House of Commons and Senate staff, as well as Library of Parliament offices. The building will also be home to an Indigenous Peoples’ Space. The Terry Fox statue that currently sits on the site will be moved to a new location, yet to be determined, according to CBC.

Construction is set to get underway in about two years.

Prince Charles in Ottawa today: The next in line for the throne is in town today with a series of events not open to the public. Charles will meet with the Governor General and lay a wreath at the National War Memorial at about 10:50 this morning. From there the royal couple will tour a local school, and see a Musical Ride demonstration. You can see the full itinerary here. [CBC]

Police, NCC convoy response mired in confusion: Ottawa Police and the NCC frequently got their wires crossed over the duration of the convoy. The NCC warned police that the parkways were not designed for heavy trucks, and there was a danger to bridges in particular. At one point a skater on the canal had to wait on the ice for two hours with a broken leg because of the lax police attitude to the protestors. [CBC]

Local farms feeling fuel squeeze: Diesel prices have soared, fertilizer prices have doubled, and many farmers are feeling the financial pressure. In addition to high prices to run their operations, farmers are facing a labour shortage, too. [Ottawa Citizen]

Nokia proposes Kanata North campus: Telecom giant Nokia is looking to replace its existing campus with a new 500,000-square-foot office complex and add several residential towers with 1,900 units of housing. It would also add plenty of retail space. The company has applied to the city for several zoning amendments. [OBJ]

French Catholic board may change dress code: The Conseil des écoles catholiques du Centre-Est has begun consulting with students on a possible change to its dress code following a protest last week set off by an inspection blitz. There’s no timeline for when a new code might be implemented. [CTV]

Millions of rides a day. Zero emissions. That’s our commitment to every single person on the planet.

Progress towards a fully electric platform is achieved when we partner across the ecosystem to support drivers to go electric.

These monumental changes won’t come easy. Or fast. But we have a plan to get there, and we need you to come along for the ride.

Learn more about our road to zero emissions. 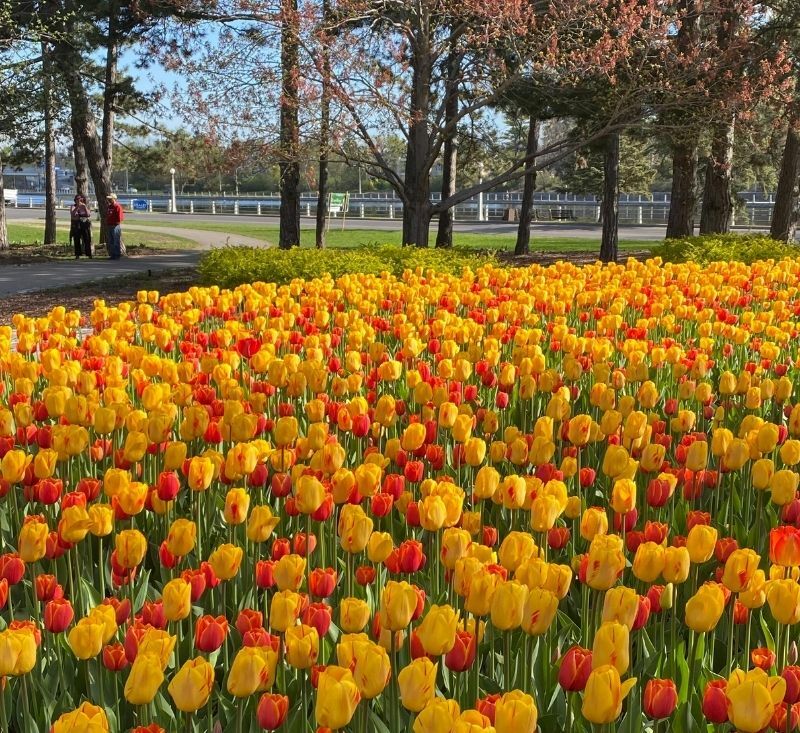 We can tell the weather has improved lately by how many of you have sent in great shots from around the city. Today’s comes courtesy of Ellen Siekierski, who captured these tulips along the Canal near Lansdowne.

We’re looking for photos of city parks! We can’t share why, but we promise you’ll love it. Send over your favourite park photos and they’ll be featured in upcoming newsletters.

What's On Your Mind

Last week we asked readers about the best things to do in the summer. Jane mentioned Bluesfest, Angela loves the beaches and Samantha said this is the year to explore and discover. We couldn’t agree more.

Our team is preparing a provincial election guide specifically about Ottawa issues. Take our quick survey to help choose the issues we ask each campaign.