Ottawa’s biggest music festival is back after a two-year hiatus. A list of headliners went up this week in advance of ticket sales 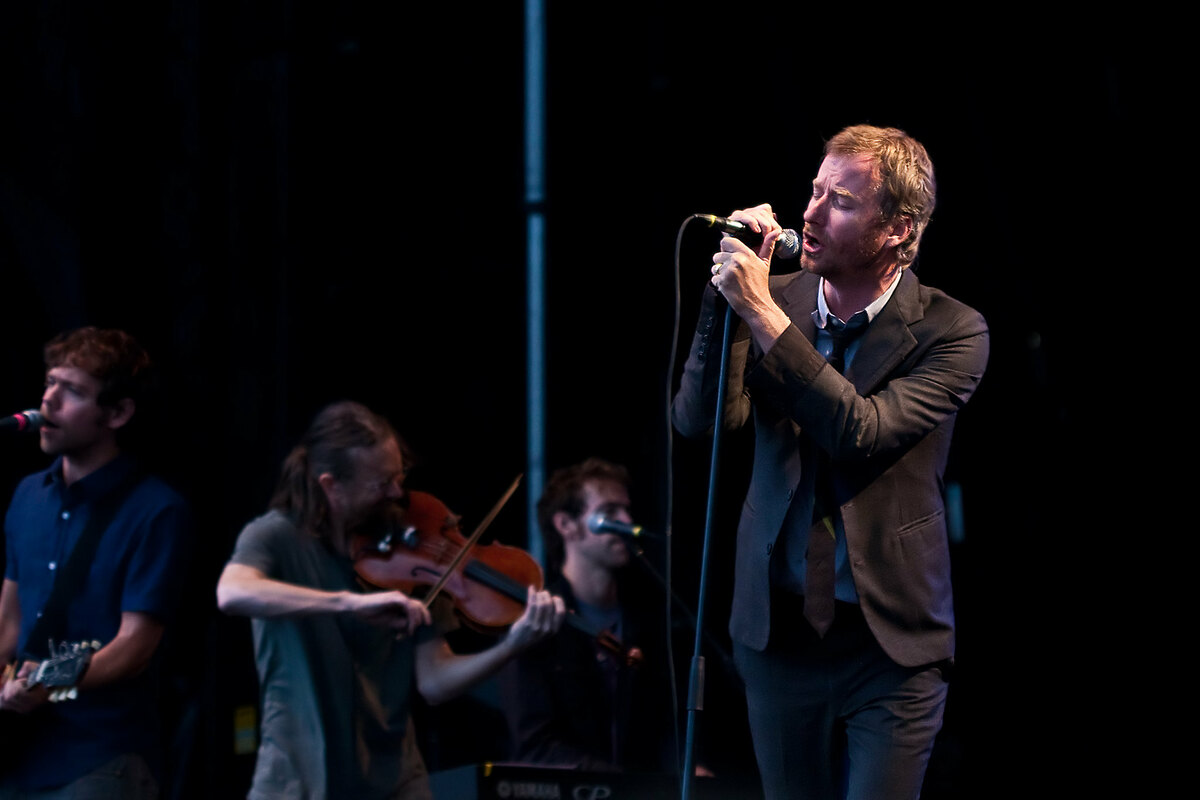 You might notice a few things are different with the newsletter today. We’ve decided to change our email provider for a variety of reasons, but the good news is if you’re reading this, it’s worked! So, phew. Always a bit nerve-wracking to flip the big switch on a new thing. Glad we’ve made it.

You’ll also notice our website is different. Fear not — now you can see our latest editions of the newsletter on the site.

We’re launching some exciting new things in the coming weeks, so keep your eyes peeled for those.

Overwhelmed With Donations, Running Out Of Flags: The Ways Ottawa Is Supporting Ukraine

Tons of goods: A call for the donation of goods by the Ukrainian Canadian Congress has received more than 50,000 pounds worth, CTV reported. Today is the last day they’ll be accepting donations at the Ukrainian Orthodox Cathedral Hall, from 9am to noon, where they’re only looking for medical supplies, medicine, military gear and shelter supplies.

Flags in high demand: Shops that sell Ukrainian flags are having trouble keeping enough in stock. CBC caught up with one man who bought the last one at a Bank Street shop. The owner of the Flag Shop said to the broadcaster he’d rather not see the boost in sales whenever conflict breaks. Other shops across town have also run out of flags.

Long-distance worry: The effects of the invasion of Ukraine are rippling outward. For one Ottawa man, keeping in touch with his family in a village east of Kyiv is difficult, made even more so as the Russian army has moved into the area and shut down cell service.

5G innovation allows city planners and local governments to innovate and make smarter decisions around how our cities operate — improving public safety, reducing fuel emissions, and streamlining costly processes as sensor technology and Internet of Things are more widely adopted. With the government set to make a decision on 5G connectivity, you can help make smart cities across Canada possible - add your support for 5G innovation today.

When my family first arrived in Ottawa from Germany, there were a few German Delis in town that provided so many of the tastes from home. One that offered a little bit extra was a shop on Bank Street near Somerset that sold mead. That sweet wildflower musk would cascade over my tongue and my young body was suffused and taken by these intoxicating vapours.

The German shops may be gone but eastern European communities have stepped in with stores of their own, filling their shelves with a broad range of goods very much familiar to me.

The latest such store to open is Duke Fine Foods at 2120 Robertson Rd. The Chyzhevskyi family came to Ottawa from Odessa, Ukraine just six years ago and opened Duke in October of last year. They named their business in honour of the French Duke de Richelieu who was seen by his contemporaries as one of the founding fathers of Odessa and who became it's mayor in 1803.

The National play in this 2009 fle photo from Bluesfest. Robert Fairchild/Flickr

Return of the blues: Ottawa’s biggest music festival is back after a two-year hiatus. A list of headliners went up this week in advance of ticket sales (more on that in a second!) for the 2022 edition of Bluesfest.

Pre-sale, today only: Looking to save a few bucks? Festival passes will be on a one-day presale today only. At 10am until 11:59pm, head over to this site for a limited number of passes which will be discounted $10 from the full price of $269. Full-price tickets go on sale March 11, as will single-day passes.

The last month has been a challenging time for our community. But amidst the chaos, heroes emerged.

In recognition of our those who stood up for our community, Ottawa Lookout is asking residents to nominate individuals and organizations who made a difference during these difficult times, who represented and lifted up our city.

Nominate an Ottawa Community Hero today and recognize the heroes in our community.

Tamara Lich released on bail: Convoy organizer Tamara Lich was released from jail this week on a combined $25,000 surety after a judge re-examined her bail case. She’s under a strict set of conditions and had to leave town within 24 hours of being released, and check in with police every day as she makes her way home to Medicine Hat, Alta. She can’t post or log into social media, and can’t allow anyone to post on her behalf. Nor can she participate in any convoy, or COVID measure protests. [Ottawa Citizen]

Gas taxes to stay: Prices at the pump might be high because of soaring oil prices, but the Ontario government is keeping its gas tax in place. In Alberta, the provincial tax will be dropped whenever oil prices rise above a certain level. The Ontario government says it has reduced prices for drivers in other ways by eliminating certain road tolls and dropping sticker fees. [CityNews]

Randy Hillier suspended from Twitter: Independent MP Randy Hillier has had his Twitter account taken offline for violating the platform’s rules. The representative from Lanark-Frontenac-Kingston announced recently he wouldn’t be running in the next election after he was barred from the chamber of the legislature for making racist and discriminatory statements on Twitter. Hillier had been a vocal supporter of the convoy, and a long-time critic of COVID health measures. [CityNews]

More than 250 bank accounts frozen: The RCMP says it gave the names of 257 people directly involved in the convoy protests to banks to have their accounts frozen. In testimony to parliament, RCMP Supt. Denis Beaudoin said between 50 and 100 bank employees would likely have had access to the information from the Mounties. All of the accounts have since been unfrozen. [CBC]

Jail guards told of deadly assault as it happened: A man has pleaded guilty to manslaughter in the beating death of his cellmate. According to a court filing, Kivi Bar Wari called out to guards at the Ottawa-Carleton Detention Centre during a 10-minute assault and then concluded, “I hit my cellmate, we have a medical emergency.” The victim died three weeks later in hospital. Bar Wari’s sentencing will be later this year. [Ottawa Citizen]

LRT inquiry participants announced: Beginning in June, the Ottawa Light Rail Transit Commission, the formal name for the LRT inquiry, will begin hearing from experts and witnesses at the University of Ottawa. This week it announced the key witnesses it will be calling, including the City of Ottawa, Rideau Transit Group, and the transit union. [CityNews] 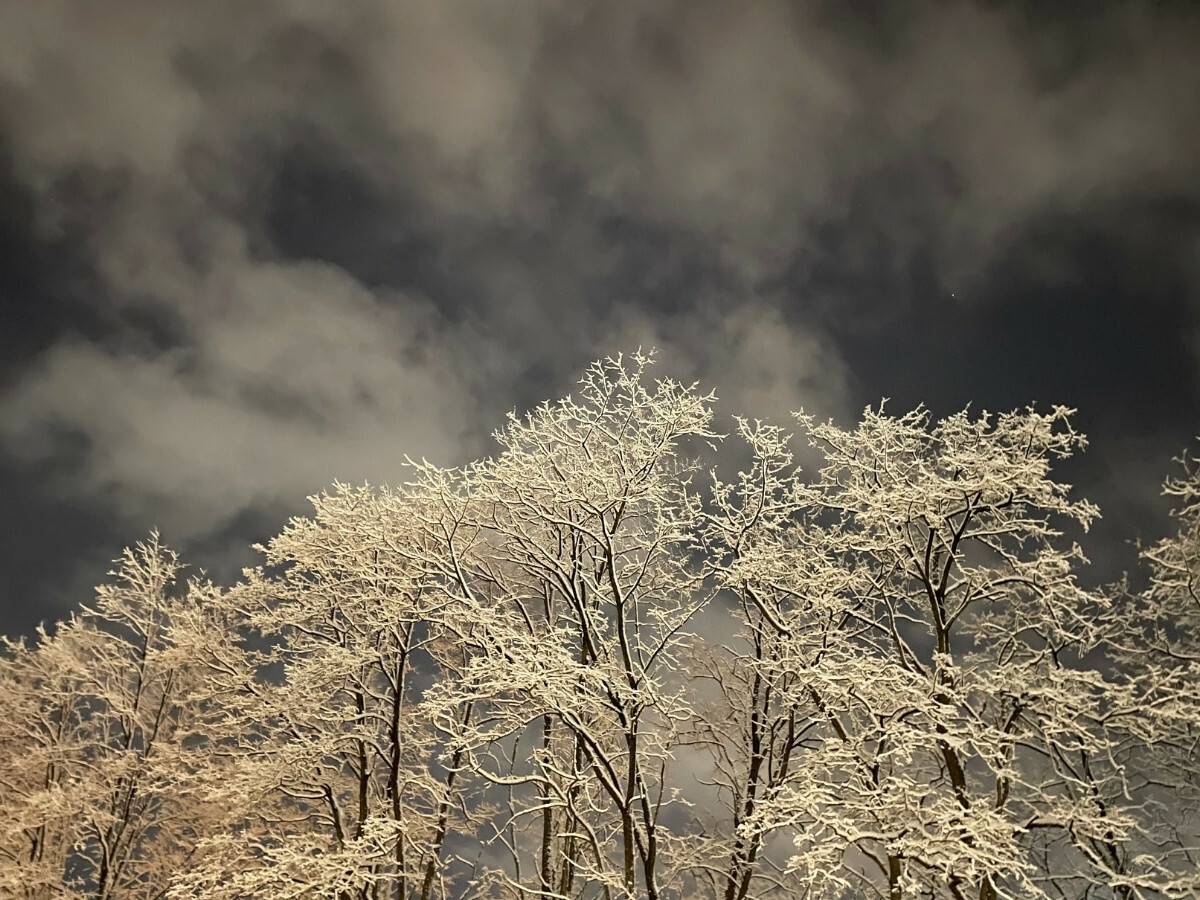 Okay, so more snow in March isn’t great. But at least it made for a gorgeous scene like this near Lookout headquarters. (For real though, let’s get to spring already.)

Have a snow photo? Send it over and it could be featured in our newsletter and on social media.

All infection and vaccination data via Ottawa Public Health. You can find the status of the wastewater tracking here.