Thousands without power for a few more days

Thousands are still without power, and may be for days. We’ve put together resources to help get you through this week—where to get rid of spoiled food, find a shower, or charge a phone. 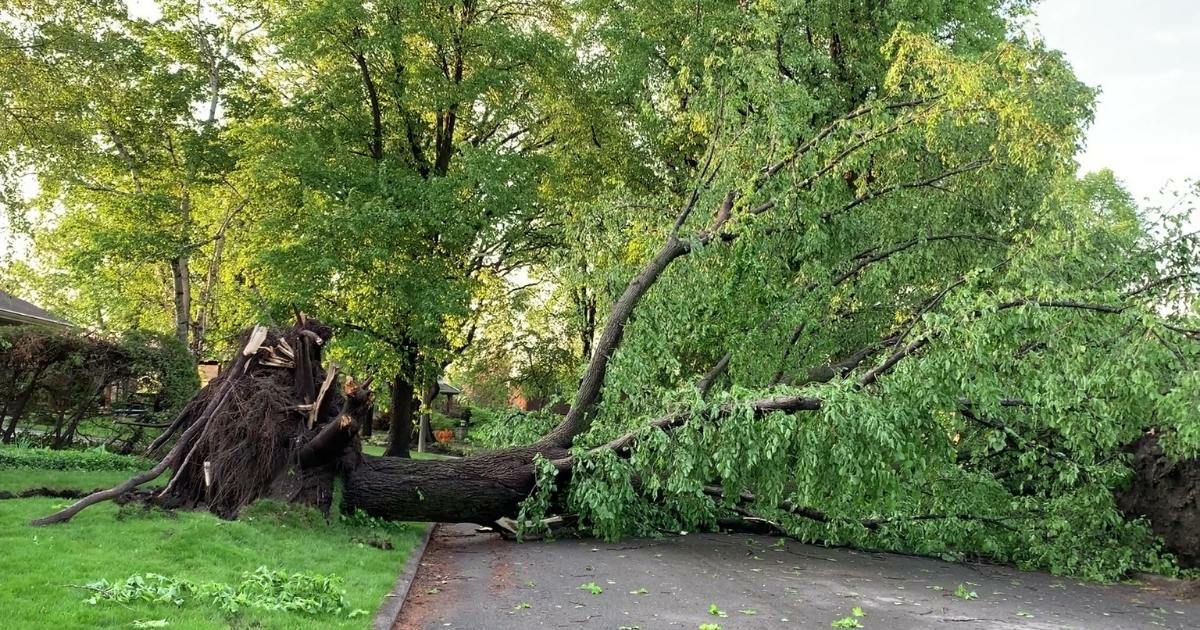 Hell of a year we’re having. I hope you’re able to read this in a home that’s got power. Not exactly the ideal iteration of the May long weekend. In my family, my dad’s house nearly got the worst of it, when a giant birch tree dropped inches from the house (and the gas meter) to one side and feet from the car on the other. Had the tree fallen slightly differently it could have been quite the catastrophe. The front garden didn’t make out so well, though.

Anyway, in today’s issue we’ve brought together a lot of resources around the city — including where to drop off your spoiled food, charge your phone, or grab a shower — that will hopefully be of some use. We’ve tried to do it in a way that’s easy to share with your friends and family so feel free to forward it to anyone who might find it of use.

Let’s get to the latest, there’s quite a bit.

Days for power: It may still be days before all power is restored through the city. Winds peaked at 120 km/h at the Ottawa airport at the height of the storm that tore through the city over the weekend and caused enormous damage to trees, hydro poles, and buildings across the city. Three people in the city were killed.

There were still 74,000 people without power as of 5 pm yesterday. Crews are still out around the clock, Hydro Ottawa said. They’ve received support from Kingston, New Brunswick, and the Toronto area. The damage is far worse than the Ice Storm.

Weeks for cleanup: Mayor Jim Watson said it will take weeks to clean the fallen trees and debris across the city, according to CBC. The city is asking people to limit all non-essential travel as there are still hundreds of intersections without working stoplights, trees and other debris across many others.

Green bin blitz: In the four wards most affected by the storm — Stittsville, Knoxdale-Merivale, River, and Cumberland — the city will be sending out trucks to collect green bins. The blitz will be in addition to the city’s normal garbage collection schedule. If the organic waste in your bin isn’t collected by the end of the day, the city recommends putting it out again the next day.

Gas crunch: Across the region, gasoline is in short supply. Several stations have run out of fuel, according to CBC, while still others are without power or have been damaged.

Some schools open: Across the city, schools with power will be open. But there will be no bus service for the English-language public and Catholic boards, the bus service tweeted. You can see the OCDSB list of what schools are closed here. For the Ottawa Catholic School Board, see the list of closed schools here. Five schools at the Conseil des écoles catholiques du Centre-Estare closed, you can see that list here. And the Conseil des écoles publiques de l'Est de l'Ontario has posted their list of what’s closed and what’s open here.

Where to get assistance from the city 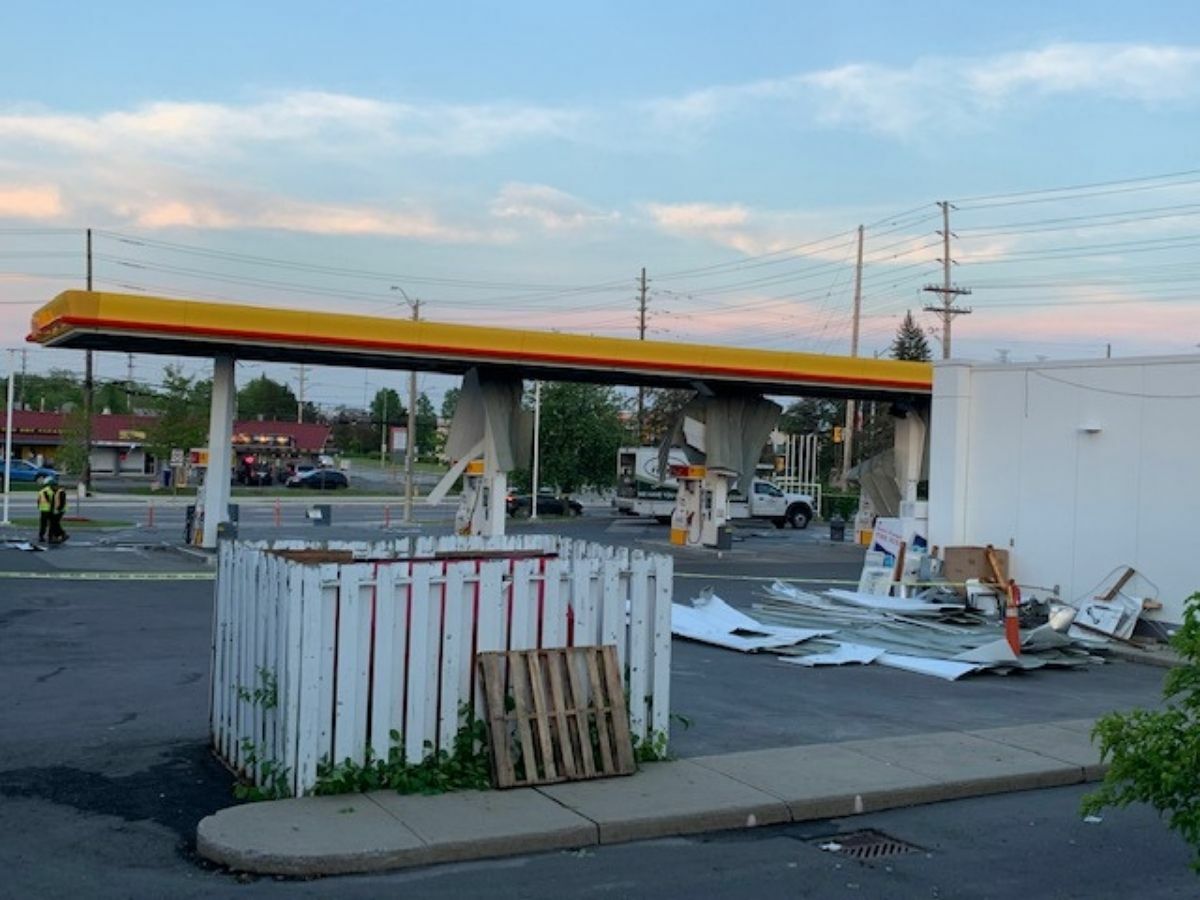 According to the City of Ottawa, these facilities are open from 10 am to 10 pm, but locations and hours are subject to change. The centres will once again be open today. Up to the minute information can be found here on the city’s website.

These facilities have power for charging devices, showers, and washrooms:

At these three you can get power for charging devices and washrooms:

If you have lost access to your well water, bottled water is available at the following locations along with access to fill containers with potable water:

Because of the amount of spoiled food, the city has opened several bins where you can dispose of things that have gone bad. More will be added in the coming days. The dump at Trail Road also has extended hours and is waiving fees for storm debris. Find a food disposal bin here:

For those with medical oxygen needs and device recharging is available at these centres:

The city also has support for people who need urgent financial assistance and are already on the Ontario Disability Support Program or Ontario Works. You can apply online at this city website.

Ottawa Public Health: The health agency has a comprehensive page made on a website meant to be easy to navigate with limited data use. Information on food safety, mental health tips, and staying safe in the wake of the storm can be found here.

Hydro Ottawa: If you spot a downed power line that hasn’t been taken care of by crews, or blocked off, stay 10 metres away. Then call 613-738-0188 to inform the utility. If your power is still out, be sure to switch off appliances, large devices, and lights so the local power system isn’t overwhelmed when it returns. For the time being, Hydro’s outage map has been turned off because things are so complex.

Is the clutter in your home making you feel stressed and overwhelmed? Declutter4Good can help!

And Declutter4Good takes those items you are ready to let go of and donates them to local charities. You get space and calm, your donations have a second life, and items don't end up in landfills.

Liberals commit to LRT Stage 3: A Liberal government would commit to paying 50 percent of the cost of the next phase of the LRT. Del Duca said the funding would be on offer no matter the outcome of the LRT inquiry, which he said would apply the lessons learned in the first two stages. [Ottawa Citizen]

NDP would allow lawsuits against LTCs: An NDP government would once again allow families and residents to sue long-term care homes. LTCs were shielded by the Ford government from legal action as part of its pandemic measures. [Toronto Sun]

Huge surgical backlog remains: Surges in COVID infections over the course of the pandemic have caused an enormous backlog or surgeries and medical procedures. The Ontario Medical Association estimates 22 million services from routine checkups to serious surgeries have had to be postponed. [Ottawa Citizen]

Gatineau braces for flooding: Parts of Gatineau near the shores of the Ottawa River and the Gatineau River are bracing for a flood. The mayor said high snowmelt in the northern part of the watershed is leading to an overfilled reservoir, which must be gradually drained. Sandbags are available to residents. Those along the edge of the Gatineau on Saint-Louis and Jacques-Cartier should be on high alert for rising water levels. [CBC]

Law passes restricting minority language rights: The Quebec government passed a law restricting the rights of non-francophones in the province. The bill is likely to be challenged for the sweeping changes it makes to language rules. Its effects touch everything from the justice system, to the education system, to what language health care can be delivered in. [CTV] 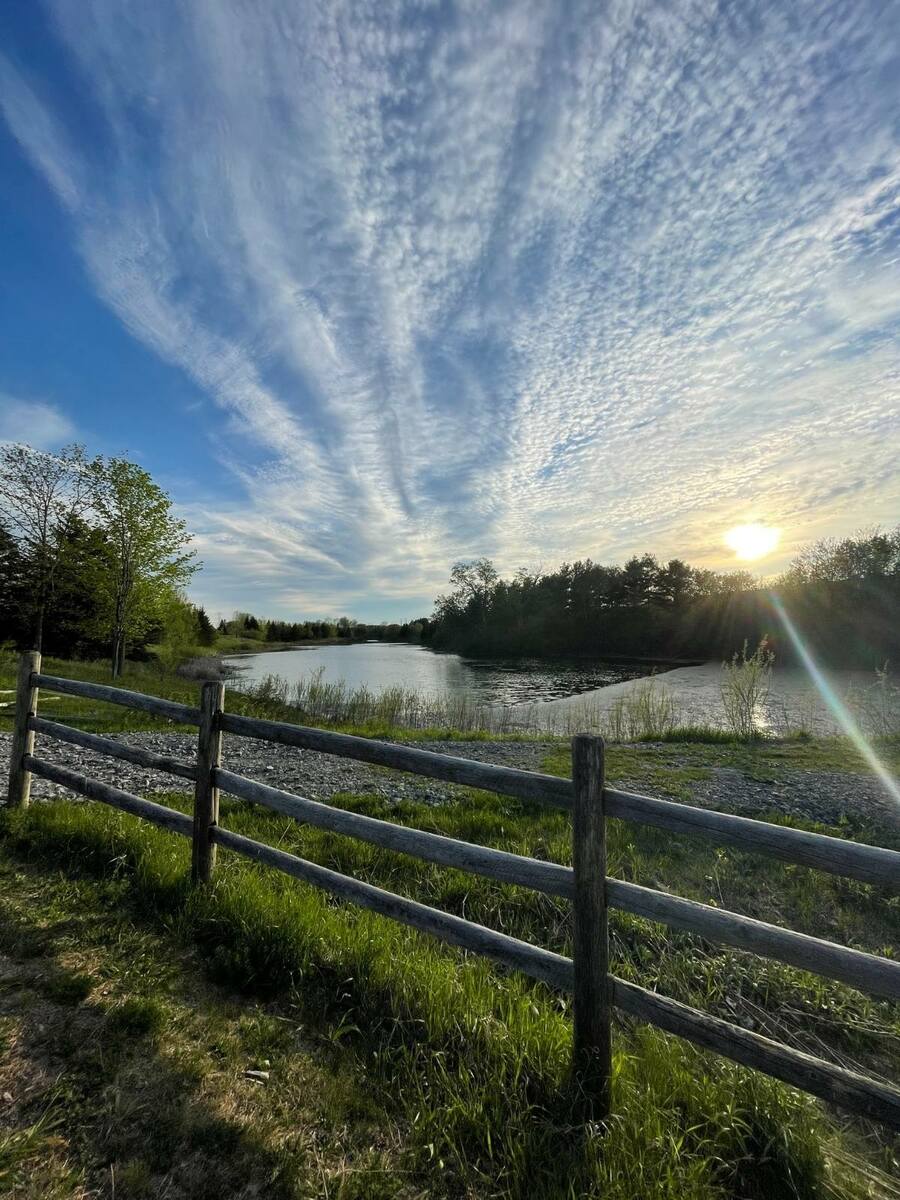 Today’s photo comes from a simpler time, before the storm, courtesy Michele McMillan. She sends us this great shot from Nepean Creek Park.