Police unprepared for size of convoy

Today’s newsletter might be the most important newsletter since we first launched over five months ago.

Today we’re launching our new membership program Lookout Insider. It's a new Thursday newsletter that includes in-depth restaurant reviews, curated event recommendations, hidden food gems and new local places to explore. Think of it as your key to the city.

We promise you won’t find anything like it. To celebrate, we’re giving a 25 percent discount for your first year — but only for the next 100 people who sign up. Get your Insider discount today.

As a thank you to all our current paying members, your donation will seamlessly transition over to an Insider membership.

Thanks for being on this journey with us. We can’t wait to share what makes this city we call home so great.

Now, on with our newsletter.

Initial tactics of the Ottawa Police Service were to negotiate with the protest leaders, Bell said according to CityNews, but that strategy, as we saw, ultimately failed.

National security threat: Police wouldn’t explain what exactly they meant, but in testimony Thursday, the OPP commissioner said they’d identified the convoy protests as a national security threat Feb. 7, CBC reports. That was a week before the start of the federal Emergencies Act, special powers police said were necessary to end the occupation.

But in testimony to parliament, Commissioner Thomas Carrique wouldn’t provide details on the national security threat, other than a high-level summary.

Pat King faces six new charges: two of intimidation, two of obstruction police, one of counselling intimidation and one of disobeying a court order. The fourth leader, Tyson Billings, was added as a co-accused to King.

Can’t-miss Korean At This Gem On Rideau Street 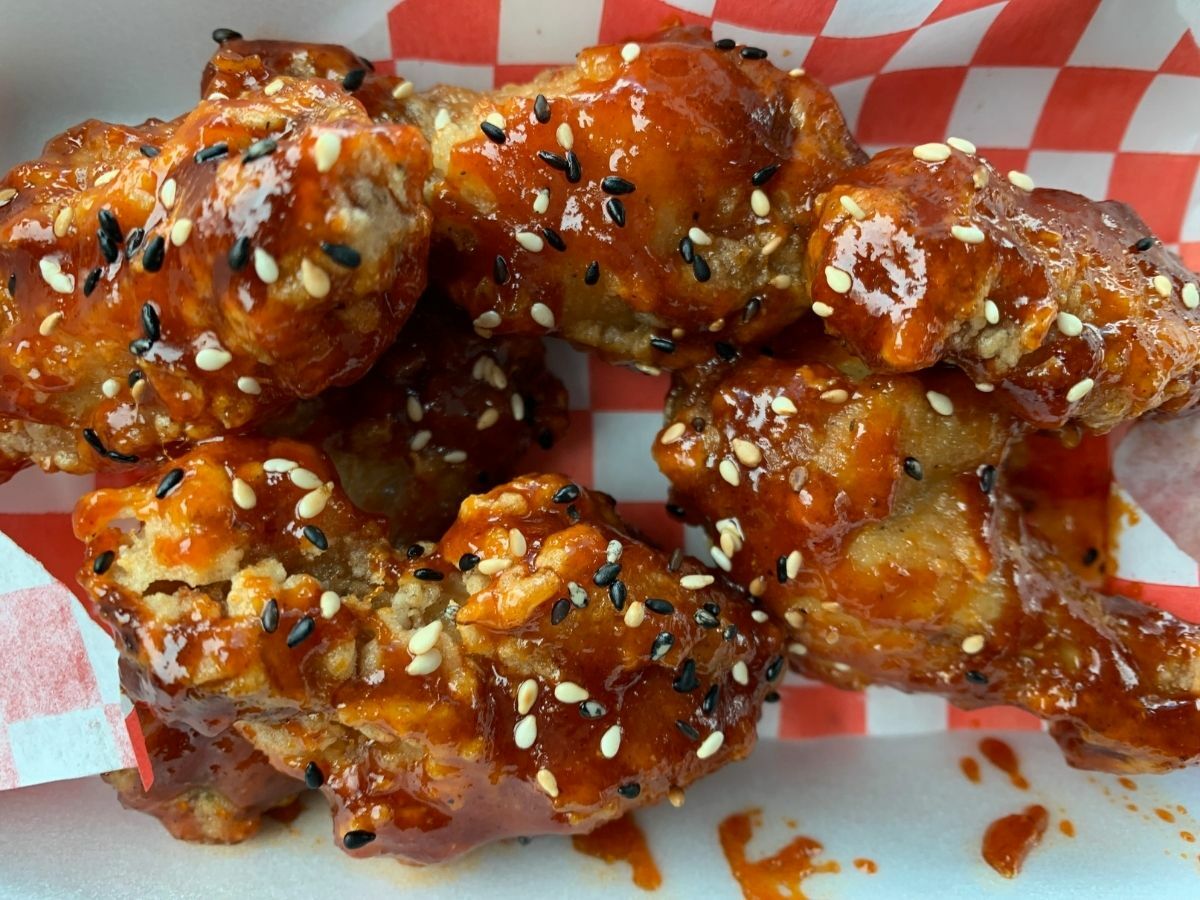 For food explorers one of the great joys of the hunt is finding that little-known hideaway, that year after year delivers its traditional cuisine at a high level. The food may appear modest but it hits all the right notes in both taste and quality and the pride of the people behind it.

No one would really consider Rideau St. a place for hideaways, but driving up and down that road, you know very well how hard it is to see anything. You just don't have the luxury of driving slowly enough to take it all in. It is for this reason that in the next editions I'll be talking about a couple of Rideau St. takeaway places that are worthy of your attention.

Food Mood: Korean Kitchen opened its doors in 2017 and has been supplying locals and shoppers with savoury and well-prepared Korean street food six days a week (closed on Mondays) from their tiny location at 178B Rideau St., just steps from Dalhousie.

Sang Jin and his wife do all the cooking and for a couple that appear to me as if they might have retired years ago, it's no surprise to me that people who work in food and drink have a passion for the nurturing of family and community that goes beyond that of most mortals. I've seen it many times.

When you enter Food Mood you're aware that the deep fryers are being given a workout. But you don't want to let that stop you from enjoying the Rideau Crisps. Squares of Nori are pasted with perfectly cooked and seasoned short grain rice then tossed in potato starch and fried, after which they are drizzled with sweet and spicy gochujang sauce and sprinkled with fried onion threads. This item was relatively new to me but what a terrific beer snack.

And while you're thinking about that beer, do not by any means miss their plump, steamy, crispy sweet chicken wings finished with black and white sesame seeds. After your first bite, you're already thinking of the second order and as you chew, the sesame becomes an added flavour reward for a choice well-made.

Red (spicy) and white rice balls are filled with either melt-in-your-mouth bulgogi beef or tofu and are a Korean version of the much loved Japanese classic onigiri. Rather than triangular, these are actually ball shaped and at two for $6.99 are a terrific option for when you don't have time for a full lunch.

Take that same Bulgogi and lay it on top of perfectly cooked rice along with an egg, shredded vegetables, sauces and sesame oil and seeds and for $13.00 you've got a beautiful Bibimbap that competes with the best of them. Along with that, order the house-made kimchi. The mistake I made was ordering the small ($4.50) rather than the large ($8.00). It may not be as fiery as other store-bought versions, but it's no less flavourful for that. Its sweet crunch is now something I cherish over the more well-marinated versions.

I know that I have a few visits ahead of me yet as I'm eager to try the Kimmari, a Korean street food classic of deep-fried seaweed wrapped sweet potato noodles and a perennial favourite, the Teokbokki (spicy rice cakes). Oh and then there's the Korean Ramen as well as the KFC (Korean Fried Chicken) in honey soy or.... you get my meaning.

Love this story by Ralf? Our new Ottawa Lookout Insider Membership gets you access to all of Ralf’s reviews, best meal recommendations and other hidden restaurant gems around Ottawa. Get a 25 percent discount off your first year today.

Public health says COVID on the rise: The viral wastewater signal is up, and so are the number of COVID outbreaks, Ottawa Public Health says. Students coming back from March Break,the lifting of masking and other measures are part of the rise. They strongly recommend people wear a mask when out in public, and to get a booster vaccine if you haven’t already. [Ottawa Citizen]

Ukrainian Credit Union accepting donations: A month into the Russian invasion, the Ukrainian Credit Union has raised about $250,000 to support the besieged country. The network of branches have been overwhelmed with community donations. The funds are going to a volunteer organization in the country’s west providing financial assistance to wounded soldiers. You can donate at the UCU branch in the old Civic Pharmacy building, or by eTransfer to [email protected] [CTV]

Hit-and-run victim going home: A 13-year-old is leaving hospital six weeks after being hit by a driver. She’s suffering from severe nerve damage in her right hip, and horrible nerve pain in her foot. Serene Summers spent several days in an induced coma at the hospital. “We're overjoyed & so appreciative of all the support,” Serene’s supporters tweeted. Police are still looking for the driver of a black Honda Civic that hit the girl Feb. 13 on Meadowlands Drive. [Ottawa Citizen]

Public service not returning yet: While provincial health measures are lifted, there’s still no timeline for when the thousands of public servants will return to work downtown. Mayor Watson hashad asked the feds to bring the workforce back, to support struggling downtown businesses. Ontario provincial public servants have been ordered to come back to work part time by the first week of April. [CTV] 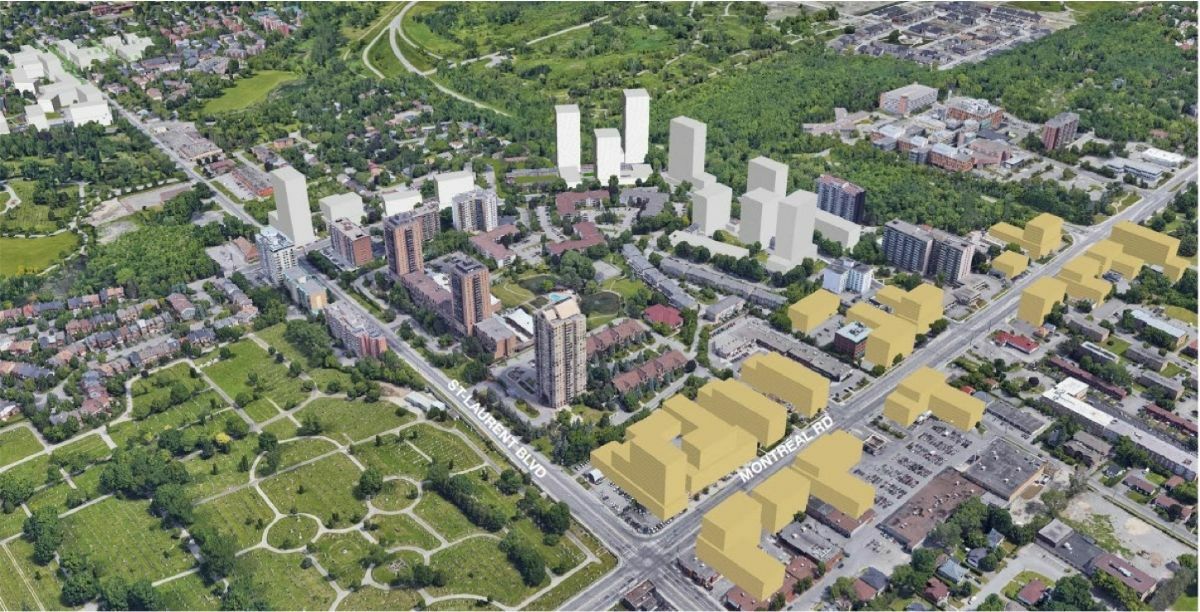 Manor Park expansion gets planning go-ahead: A plan to add 3,900 new apartments and homes to the Manor Park neighbourhood near Montreal Road and St. Laurent Boulevard was approved by the planning committee. The developer, who owns the buildings there, has signed a memorandum of understanding with tenants in existing buildings promising to move them into similar-sized apartments at the same rent if they are displaced from a current building, and promises affordable units for the first 20 years of the project. [CBC]

Gas-powered phase out: The city is looking to phase out gas-powered landscaping equipment, and it’s been approved by the environment committee at city hall. A pilot program is expected to cost between $40,000 and $50,000 this year. The plan was given the thumbs-up by staff. Council will put it to a full vote April 13. [Ottawa Citizen]

Scooters staying another year: Council voted to bring back electric scooters for a third year. The extension of the program comes with stricter parking and sidewalk riding rules. Warning sounds will now also be played by the scooters to make sure people nearby can hear them coming. [CityNews]

What is it: Ottawa Insider membership is a Thursday members-only newsletter by our food and wine editor Ralf.

The benefits: It’s full of restaurant reviews, food and wine recommendations, an events list, the best local shops and curated date night recommendations. Think of it as your friend who knows all the cool spots around town. As a member, you’ll also get:

Subscribe now and get a special 25 percent discount on your first year. But hurry, this discount is only available for the next 100 people. 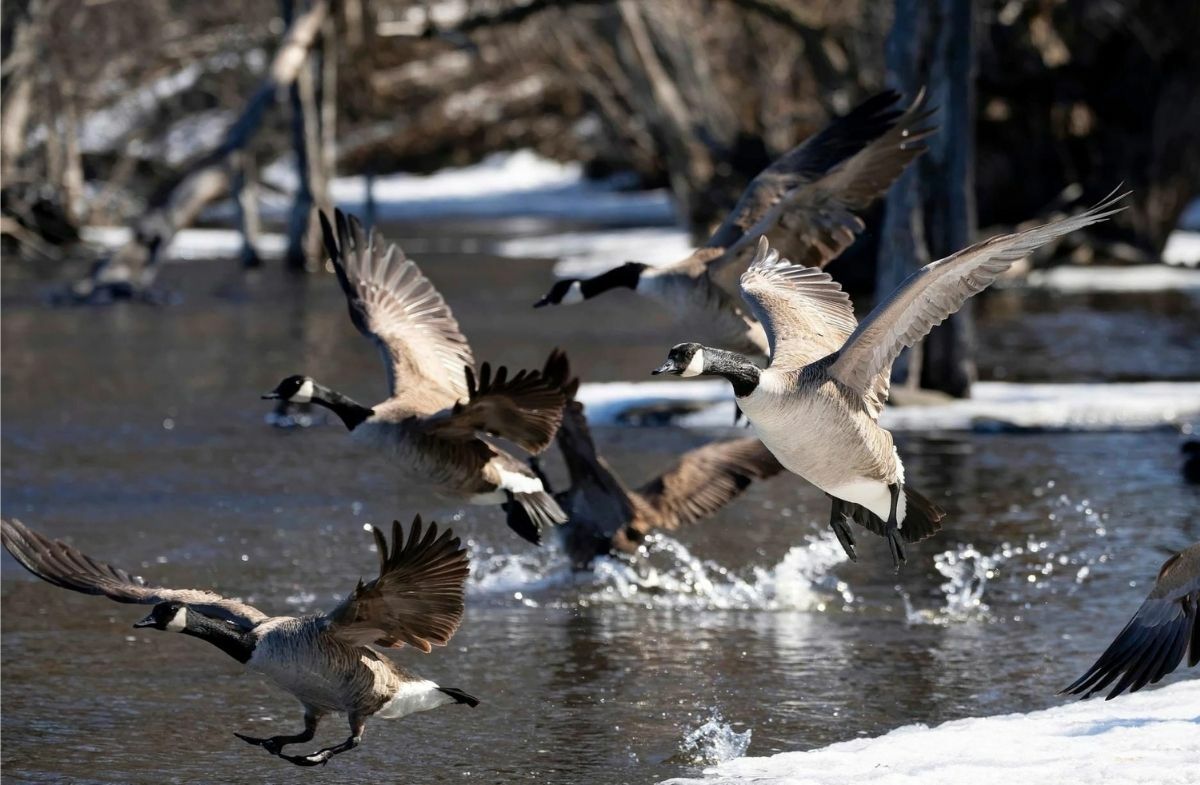 The geese are back! Reader André Martin sends in this beautiful photo of Canada Geese returning to the Ottawa River near Mud Lake.

Have you seen wildlife returning this spring? We’d love to see it! Send along your spring photos and we’ll feature them in a future issue.