Major closures to the 417 and the LRT this month

Parts of the LRT are closing in the evenings, and the 417 will be shut down for a bridge replacement. 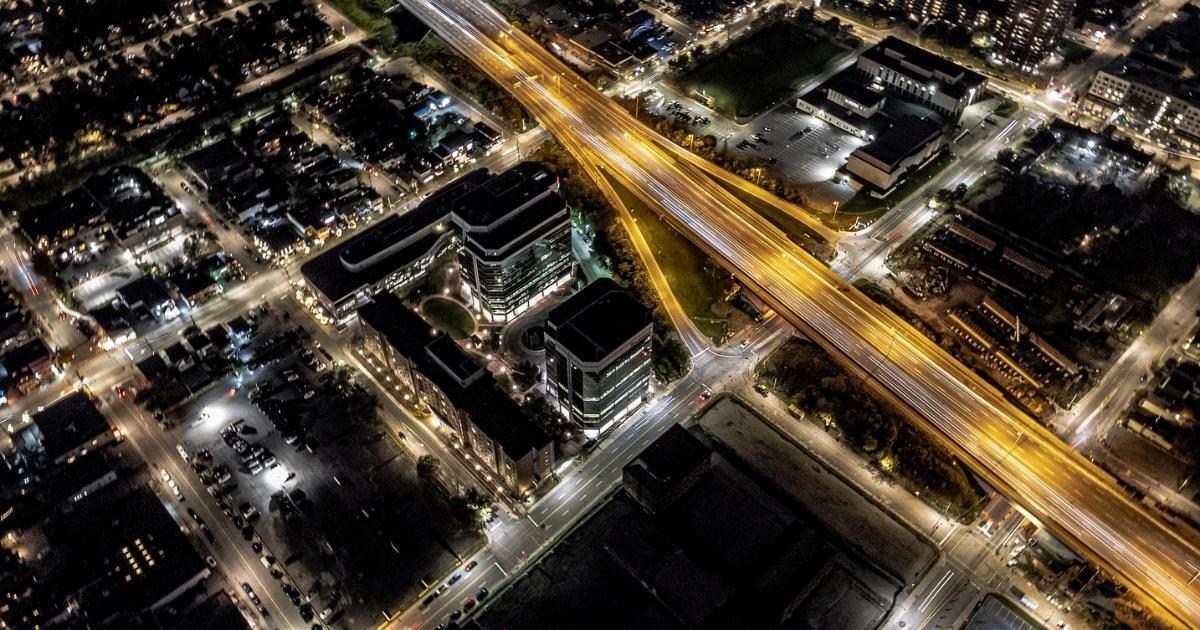 Sponsored by Puppets Up!

To say the last month shocked us would be an understatement.

In June, Geoff, Ralf and I realized Ottawa needs better food and restaurant news. So we decided to launch a food publication. We thought you might be interested. But as a small independent publication, starting something like this mean asking you, our readers, to chip in.

Would people contribute? Could we hit our goal of 150 new members by July 31st? We were worried.

Turns out we shouldn’t have been worried at all.

I’m so excited to announce we not only hit that goal, we blew past it. In total, 221 new members joined our crowdfunding campaign to fund a new Ottawa food publication.

It’s humbling to know so many of you support what we’re doing. We don’t take that lightly.

In the coming weeks we’ll be sharing more details about the food publication launch.

On behalf of our entire team, thanks again for your support.

Now let’s get to it.

PS: Still want to contribute? We’ve kept the 30 percent discount off your first year of membership available until the end of the week.

LRT, 417, and Chaudière Bridge to close for construction and maintence

The 417 at night. The Booth Street bridge is at the bottom right. Red Cloud Aerial Photography/Flickr

What’s happening: Sections of the LRT will be closed for maintenance for two weeks, from Friday, Aug. 12 until Thursday, Aug. 25. Rideau Transit Group will be grinding and profiling the rails, the city announced in a memo.

What we know: The exact schedule for the maintenance hasn’t been finalized, but the city said it would give riders notice before any closures. Some sections might be closed as early as 8 pm. The city said the work would improve ride quality and comfort. They will also be calibrating the switch heaters in preparation for winter, track replacement of certain sections, and inspections of the system.

Bridge closure: Yesterday, the Chaudière Bridge began daily closures for repairs, the Citizen reported. The bridge will close every night from 8 pm to 5 am until Aug. 8. The bridge will be closed to cars, but open for cyclists and pedestrians.

Sponsored by Puppets Up!

A weekend of puppets, fun and games with Puppets Up! 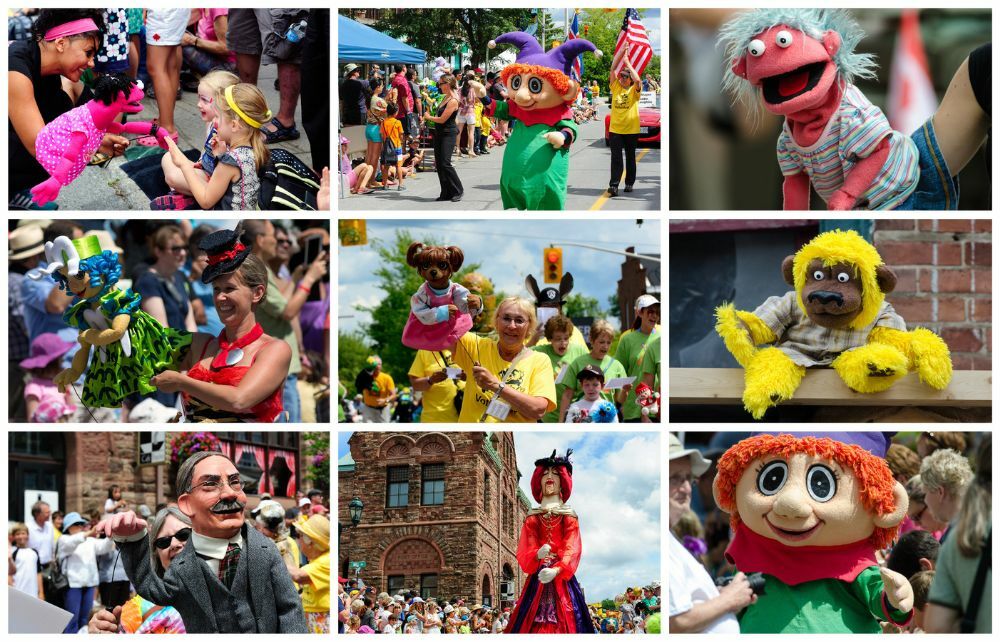 Puppets Up! is the weekend adventure your kids won’t ever forget.

On hiatus since 2016, the festival takes place from August 12-14 in the beautiful town of Almonte. The schedule is jam-packed with things for the whole family:

And don’t worry parents, there’s even more for you, including a vendors’ marketplace, food court and shady areas to relax with your kids.

Forget the complicated weekend planning. Puppets Up! has enough events to last the entire day.

But you’ll need to hurry, tickets are going quickly. Get your day pass before they sell out.

Staffing crisis: Ontario Health Minister Sylvia Jones spoke for the first time about the health care staffing crisis that led to numerous ER closures and reduced hours across the province, including several hospitals in and around Ottawa, such as Perth Hospital and Queensway-Carleton Hospital.

Jones told CTV and CP24 the province had “done a lot” to address the issues facing hospitals. She would not say whether she thought it was acceptable for hospitals to have to close.

Opposition reaction: Ottawa South MPP and interim Liberal leader John Fraser said at a press conference Jones and Premier Doug Ford were both missing in action. “The message the premier and the minister are sending to the front lines, to patients and their families is we don't care, it's not a big deal, you're on your own,” Fraser said.

Alexandria reopens: The Glengarry Memorial Hospital in Alexandria, east of the city, partially reopened its emergency room overnight. From Monday to Thursday, the ER will once again be open 24 hours, but Friday to Sunday will only be open from 8 am to 6 pm. The hospital says staffing issues are still at fault for the closure. Ambulances will be directed to Cornwall or Hawkesbury. 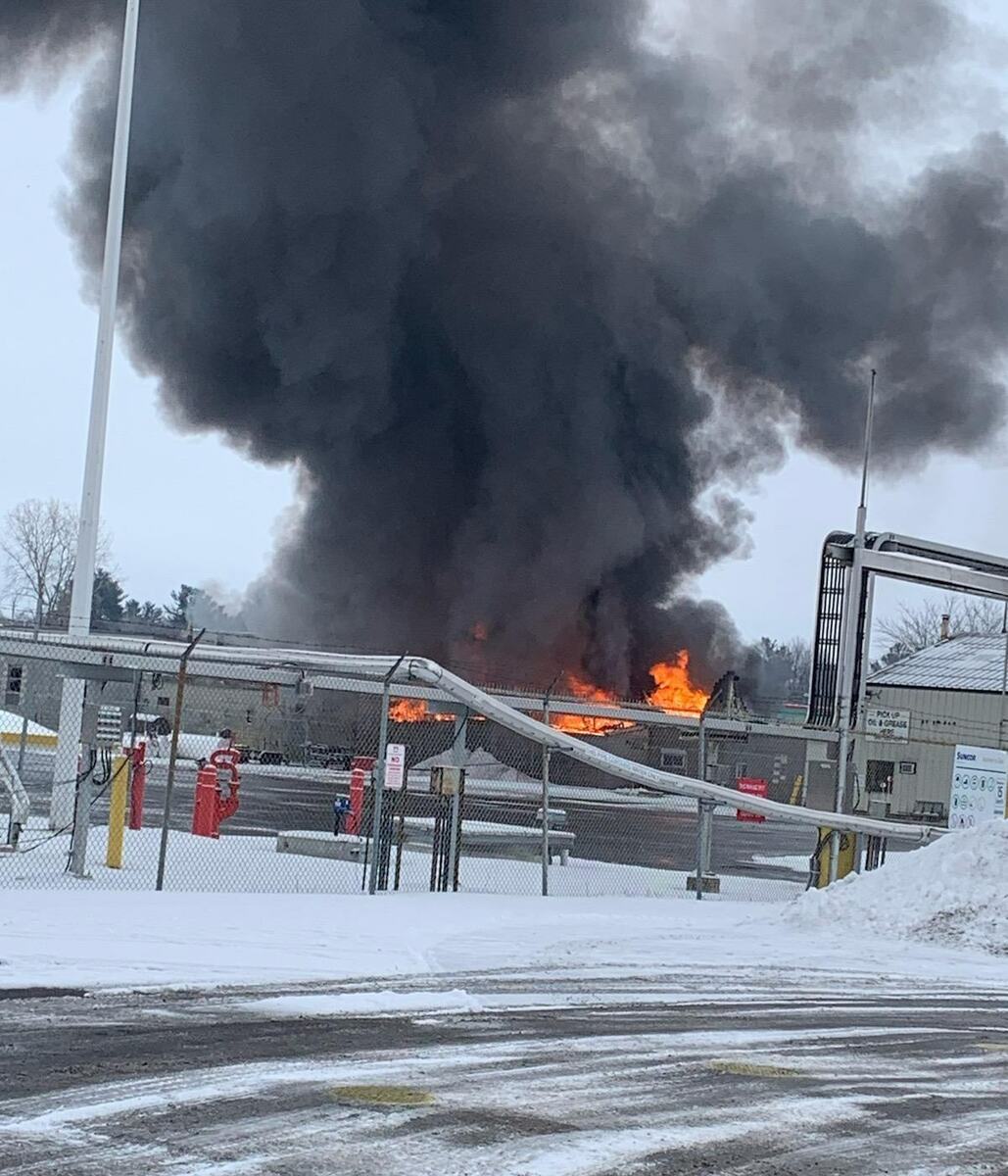 What happened: There were numerous safety issues and non-compliance notices during inspections at Eastway Tank in the years before an explosion killed six employees in January.

CBC dug up records from Transport Canada and Ottawa Fire Services that showed there were several problems, including welding near flammable substances, but none were serious enough to shut down the maintenance facility.

Inspections: Eastway wasn’t fined for any of the safety issues found over four inspections from 2015 to 2021. The company addressed the issues by updating procedures.

In the most recent inspection in September 2021, issues were found with record keeping, safety procedures and “highway tank design-related issues,” CBC reported.

The records confirm earlier reporting by the CBC where former employees alleged there were serious safety concerns about safety at Eastway. 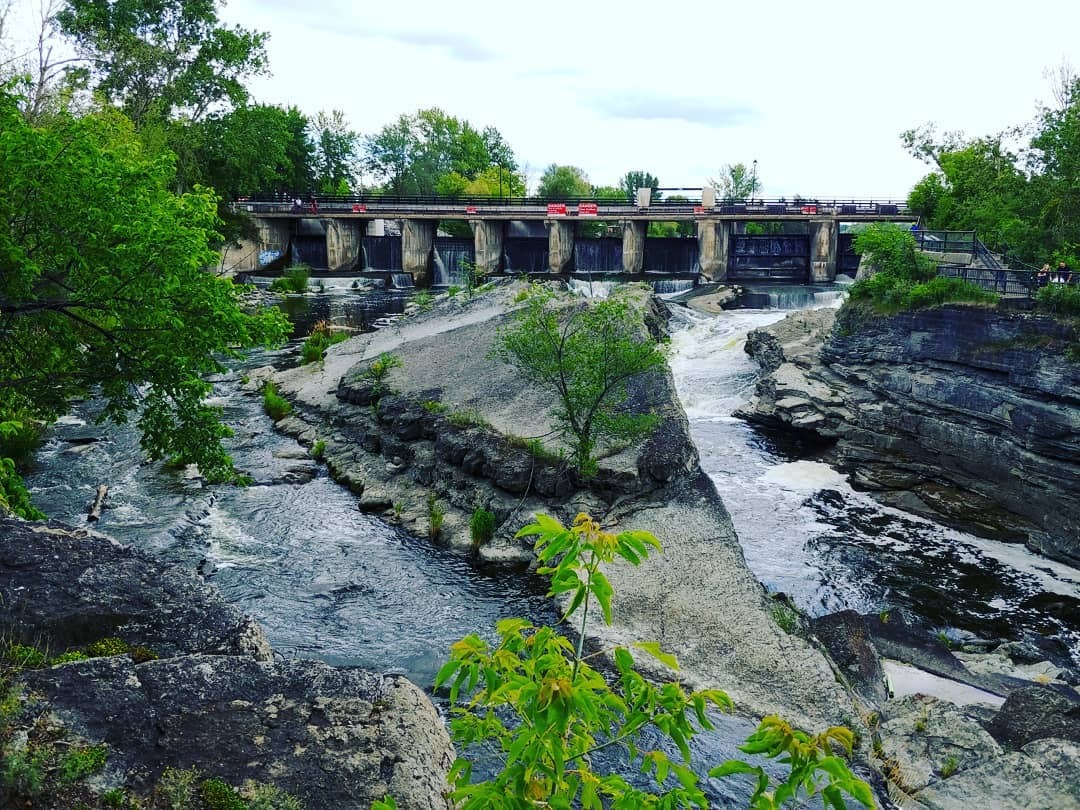 See why Lookout readers rated Hog's Back as one of Ottawa's best parks. 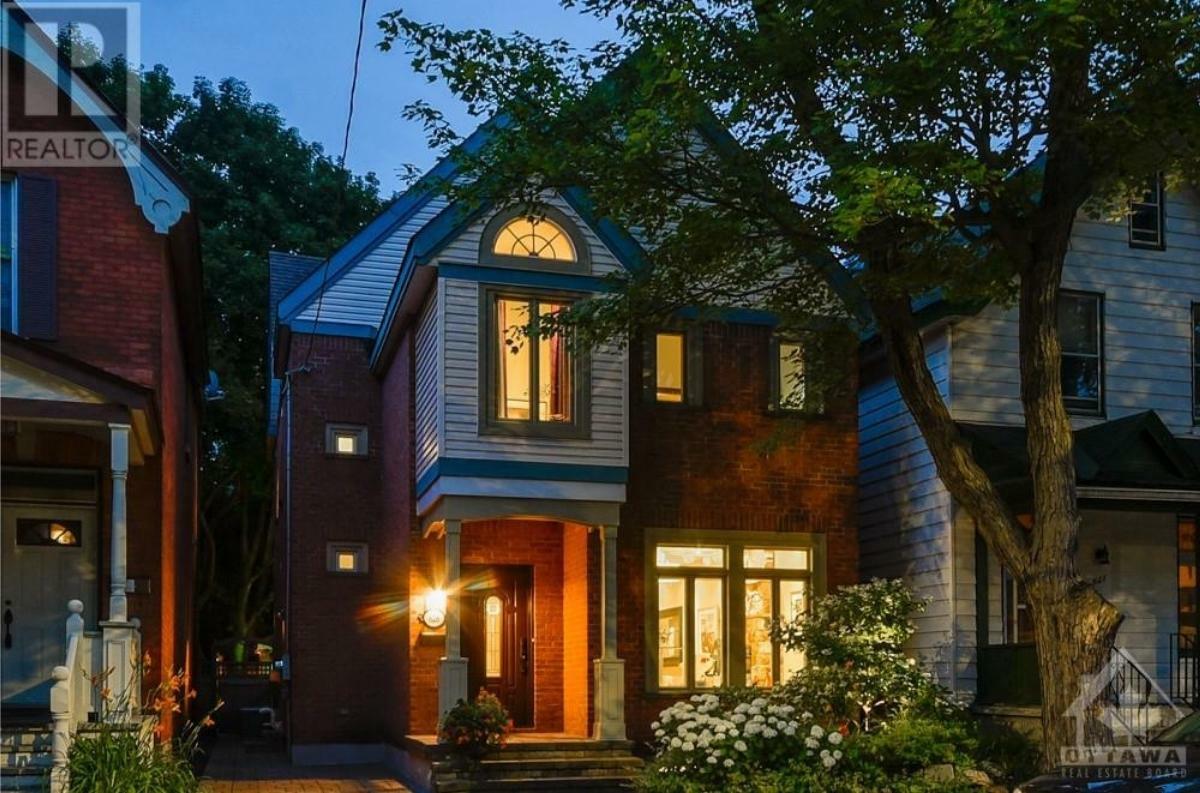 This week’s house is an interesting one. Built in Centretown in 1992 it has “bold geometry and free-flowing interiors.” But the interior colour may not to be everyone’s taste, so you might want to consider factoring in a painting budget. Even still, it’s a one-of-a-kind house.

Can you guess the price of the listing?

Window washers saved: Two window washers were trapped 10 storeys in the air for more than five hours because of a power failure. Ottawa Fire Services used a ladder truck to get the two men safely to the ground. [CBC]

Mercury Lounge closes: The ByWard Market indie music club the Mercury Lounge has closed. The owner said the venue was never able to recover from the effects of the pandemic. Run as a non-profit, the Mercury was open for 20 years. [CBC]

Half-million in council severance: Every departing councillor could receive a “transition assistance allowance” when they leave city hall. Each one will be eligible to receive one month’s pay for every year they have been on council as long as they are returning to a job they held before being elected or are elected to another position, either in the city or at another level of government. For seven departing councillors, that could mean $55,555. Carol Anne Meehan will be eligible for $37,037, and departing mayor Jim Watson will be able to get $99,351. [Ottawa Citizen]

Camp! CHEO opened up its summer camp for children with developmental or physical disabilities. Kids got to go to the Agricultural Food Museum where they met some animals, learned about farm life, and made new friends, CTV reported.

The program has small groups that help children gain confidence in a supportive setting. About 40 kids are expected to take part in the program this month. 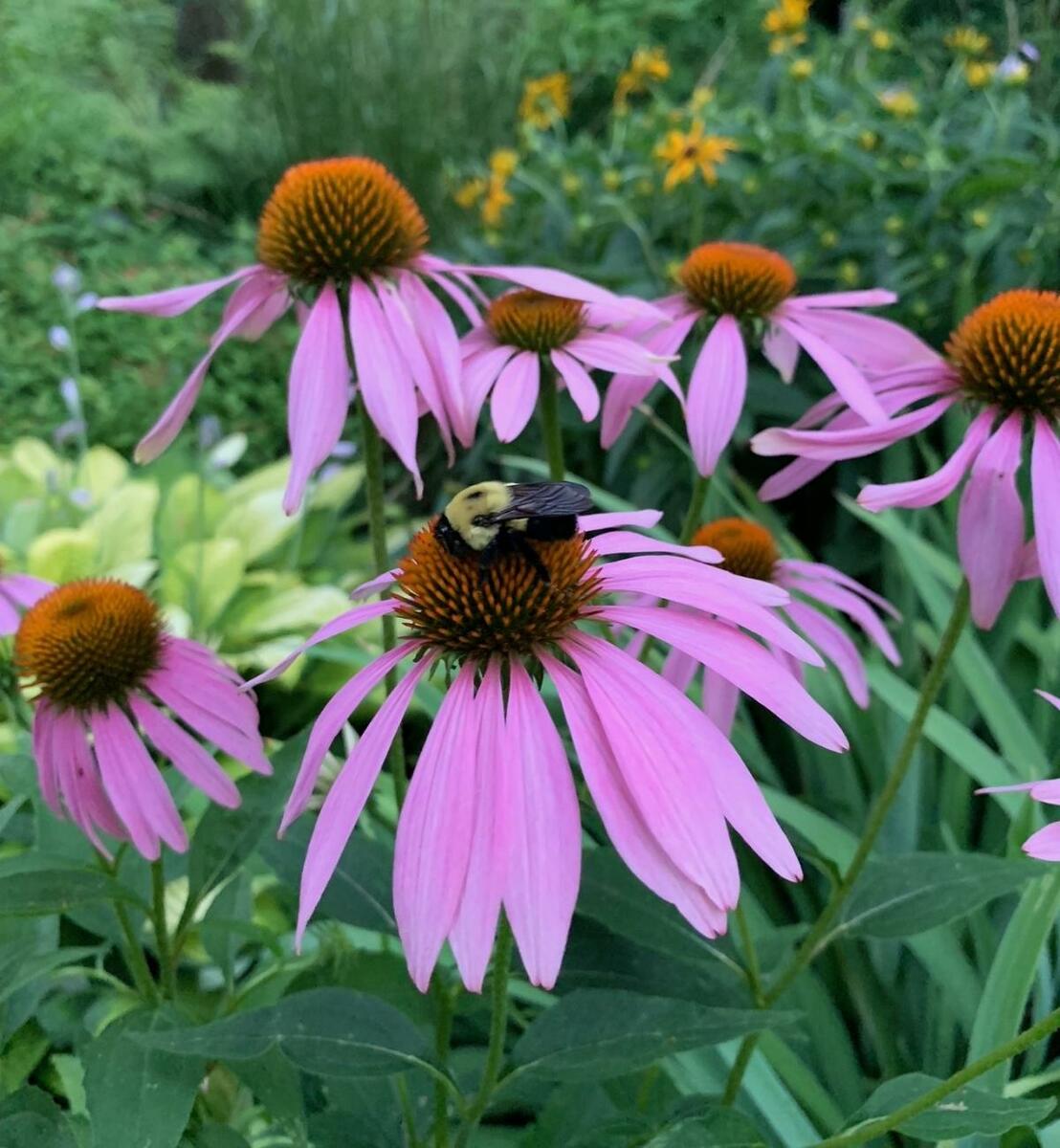 It’s bee season here at the Lookout. Reader Jola sends in this great shot of one of the little guys hard at work.