The last days of mask mandates

As the province looks to end mask mandates, some worrying signs on the horizon 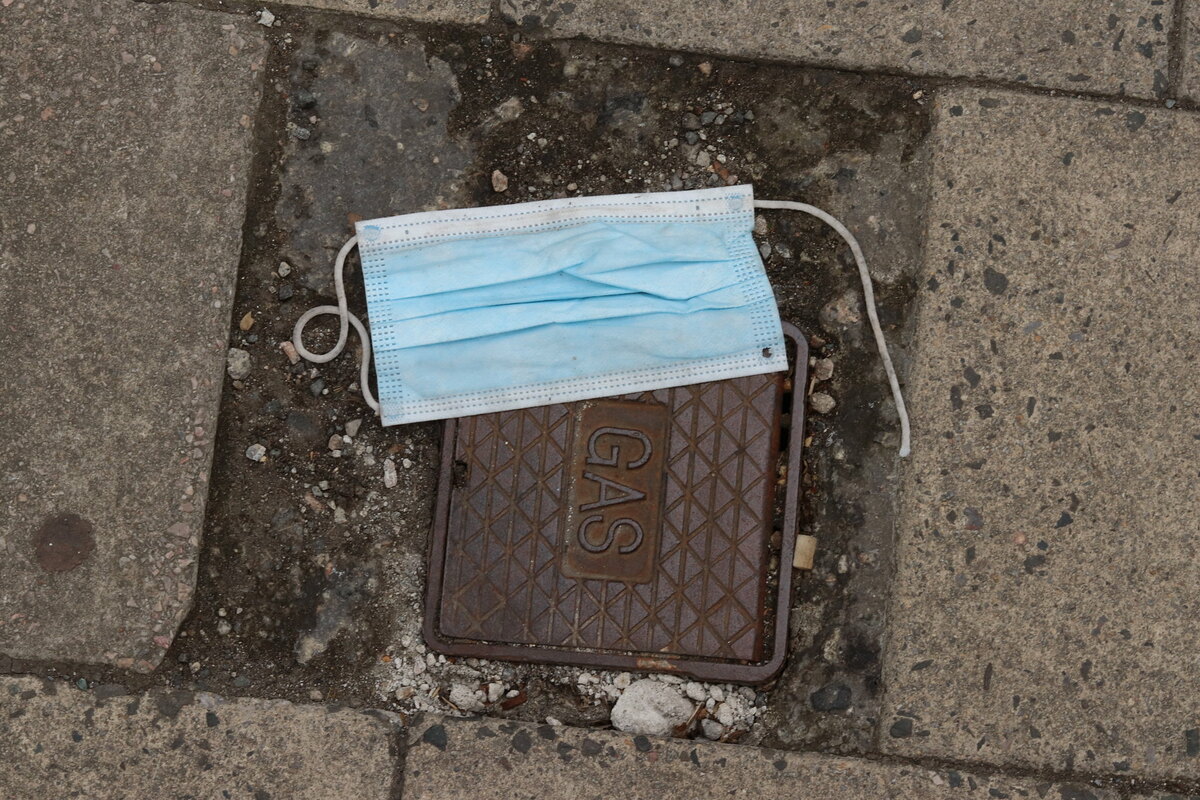 So, the good news is, yesterday was gorgeous. Truly an A-One start to spring(ish). And, according to local weather historian Rolf Campbell, it is the second warmest March 17 on record, with a high of 15.6 C. The bad news is that the geese are already returning. Couldn’t even go one warm sunny day without the telltale honk of our national birds who are majestic in theory, but in practice…if you know, you know.

Also, it is the last day of our survey. It closes at midnight tonight, so it’s everyone’s last chance to complete it and potentially win the Batter Up Bakery gift card. We’ll announce the results next week. Find the survey here!

With that, let’s get to your Friday newsletter.

Last Days Of The Mask Mandate

You won’t have to, but maybe you should: This marks the last weekend of the province-wide indoor mask mandate. And while they will no longer be compulsory in most places, an awful lot of doctors are suggesting people should still wear their mask inside. Ottawa Public Health (OPH) still strongly recommends using a mask, CTV reports.

The Ontario Science table, which advises the government on COVID policy, is still recommending individuals wear a mask.. On Twitter they also recommended people to continue voluntarily wearing masks, in an update on the latest modeling the Ontario Science Table posted on Twitter.

Watching the signals: The Science Table says it is already starting to see the wastewater signal rise across different regions of the province. That signal is being seen here too, according to OPH, which they see as an indication of an increase of transmission, they told CTV. Masks will still be mandatory on public transit, in care homes and other health-care settings until April 27.

OPH says that if things trend in a worrying direction, they will work with the province to see what measures could be implemented locally, according to the Ottawa Citizen.

Third doses still lag: Dr. Vera Etches says the number of people with three COVID vaccine doses is still not high enough, CTV reports. Across the city, only 64 percent of those eligible have their booster dose. Like with many other COVID measures, the rates of vaccination are lowest in lower-income neighbourhoods.

Want to see how your neighbourhood stacks up? See CTV’s full list.

6.13%: Ottawa’s inflation rate, 0.2 per cent higher than Ontario and one of the highest in all Canadian cities.

514,941: The number of people in Ottawa who have their third dose of the COVID vaccine.

Housing, Housing Everywhere And All Of It Quite Expensive

Public housing, not zoning will help: Capital Ward Coun. Shawn Menard argued on Twitter this week that municipal zoning is never going to be the solution to the housing crisis in this city. What will? “Building actual public and not-for-profit housing and investing in housing supports,” Menard argues.

Complex factors: There’s more at work than just not enough houses to go around. York University economics professor George Fallis argued in the Globe and Mail on Monday, housing has largely kept up with population growth, it’s just the wrong kind.

A Better Way to Sell Your Home 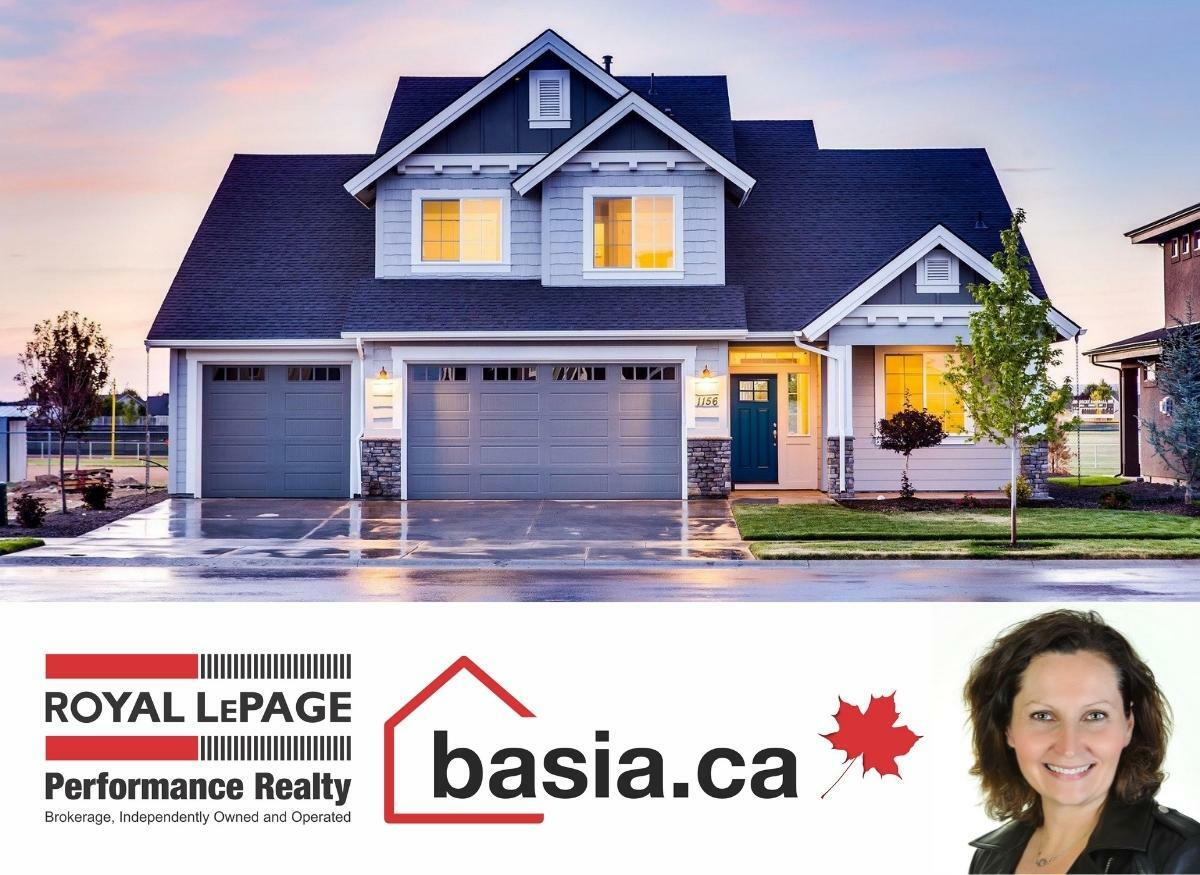 The home pictured above is not for sale

Selling a home is the biggest financial decision you’ll make. So why settle for less than excellent service?

Royal LePage realtor Basia Vanderveen will get you the best price for your home, with customer service that’s second to none. Here’s what her clients say:

Discover why Basia was one of the top 10% of real estate agents at Royal LePage in Ottawa (2021). Contact Basia today and see how you can get the best price for your home.

Looking For A Liver 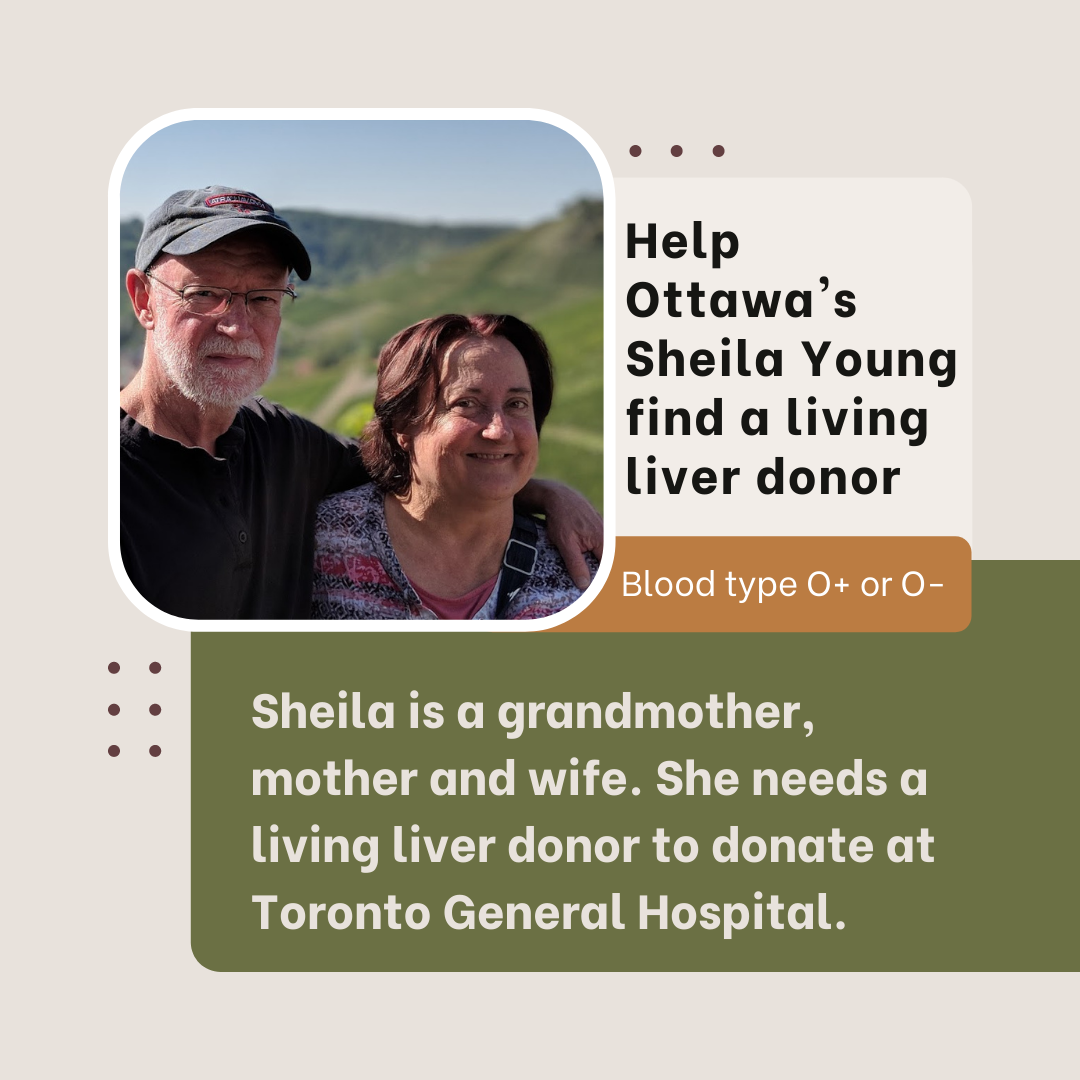 Living donors give a portion of their liver to the person in need, and typically have their liver regenerate within six to 10 weeks.

Could you be the donor? If you have O-type blood (positive or negative), are between the ages of 18 and 60, and have no medical conditions like diabetes, cancer, or heart disease, you could be a living donor. If you think you might be able to help, visit the University Health Network Ajmera Transplant Centre’s website to find out the next steps. You may also be eligible for reimbursement for expenses and lost wages through a provincial program. 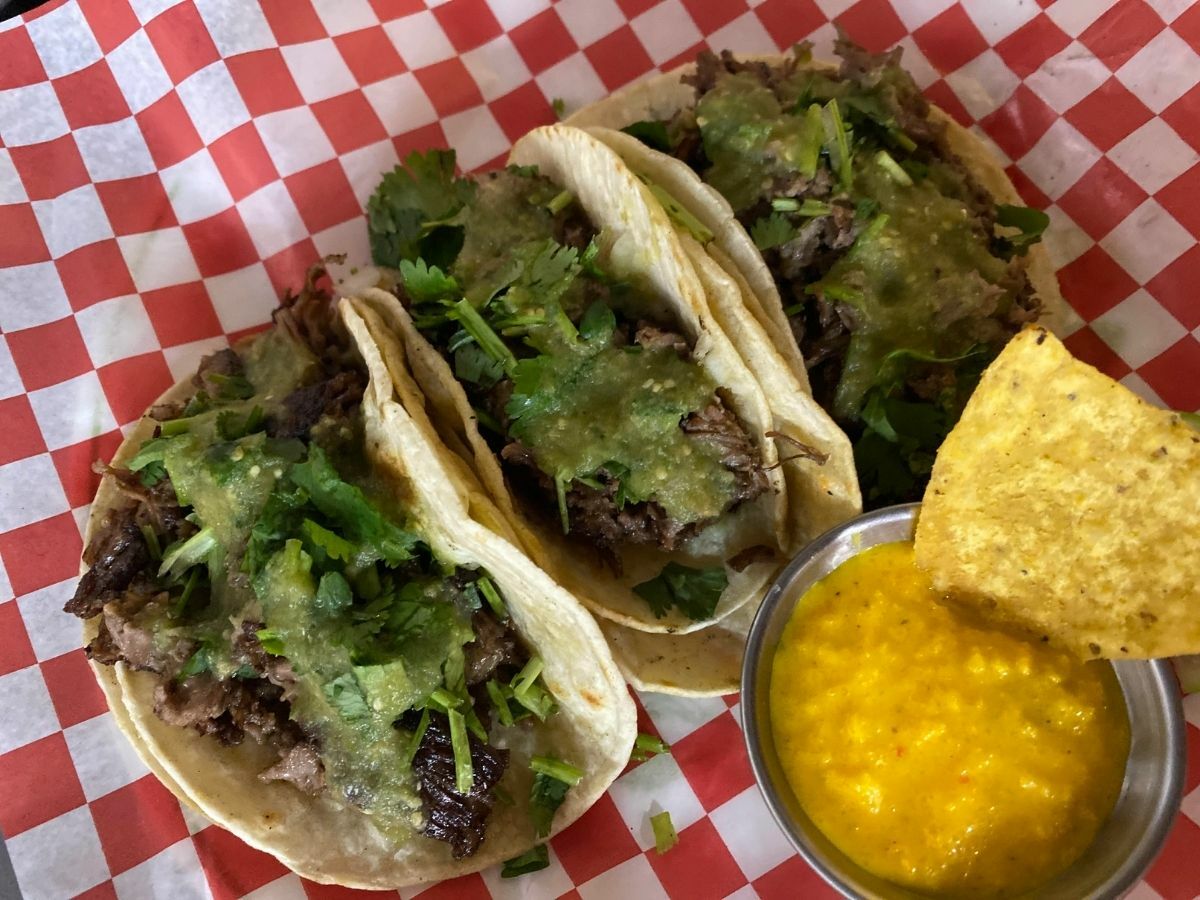 The man in the video was almost tearful in his gratitude for the City of Ottawa plow driver who helped him clear his Rideau business driveway. By the tail end of the occupation emotions had been scraped raw and gestures of kindness were the currency in which many Ottawans traded. This was my introduction to Hugo Crespo and his shop Si Senor, located at 506 Rideau St.

NCC appeals embassy decision: The National Capital Commission wants the province to overturn a city council decision to deny the construction of a new embassy row in Mechanicsville. The NCC has taken its case to the Ontario Land Tribunal, saying the city is only denying the proposal because the federal commission opposes the city’s vision for the Brian Coburn Extension in Orleans. The Mechanicsville community association says it is disappointed by the NCC’s decision to appeal. [Ottawa Citizen]

Last Chance To Win a Batter Up Bakery Gift Card

We need your input to shape what we write about in the newsletter. Do you want restaurant reviews? The best local breweries? The best dishes at each restaurant? You decide: Take our short two-minute survey. But hurry, the survey closes at midnight tonight.

Rideau flood risk low: So far, so good. That’s the message from the city’s Public Works Department who oversee Ottawa’s flood risk. The rise in the river caused by the spring melt is not expected to reach flooding levels this year. But, with high temperatures expected this week, there is the possibility of a sudden melt, which could cause flooding in particularly low-lying regions. The city has set up a number of sandbag filling stations if your home is in a danger zone. You can find out more information on where you can pick up sandbags here. [CBC]

OCSB orders more HEPAs: The Ottawa Catholic School Board is adding 1,600 HEPA air filters to classrooms by the end of the year. The board says that while it is adding new filtration systems, it is already meeting the provincial guidelines for air quality within schools, as part of the fight against COVID. The board has also started to change filters in already existing systems more frequently. [CityNews]

Losing grocery store a blow to Hazeldean Mall: The future is not looking bright for the Hazeldean Mall. The Kanata shopping centre is set to lose its Independent grocer later this year, and has nothing to replace it. Online shopping is reducing foot traffic, which has led Loblaws—the parent company of Independent—to conclude the unprofitable store will never turn it around. [Ottawa Citizen]

Literal fork in the road stolen: Missing, one three-metre tall stainless steel fork. The town of Frankville had its landmark fork taken from a fork in the road. The sculpture had been damaged and bent over. But within a few days of the damage, before it could be fixed, the town’s utensil was taken. The town has reported the theft to the police, but say they’d be fine if the fork was returned to the fork, no questions asked. [CTV] 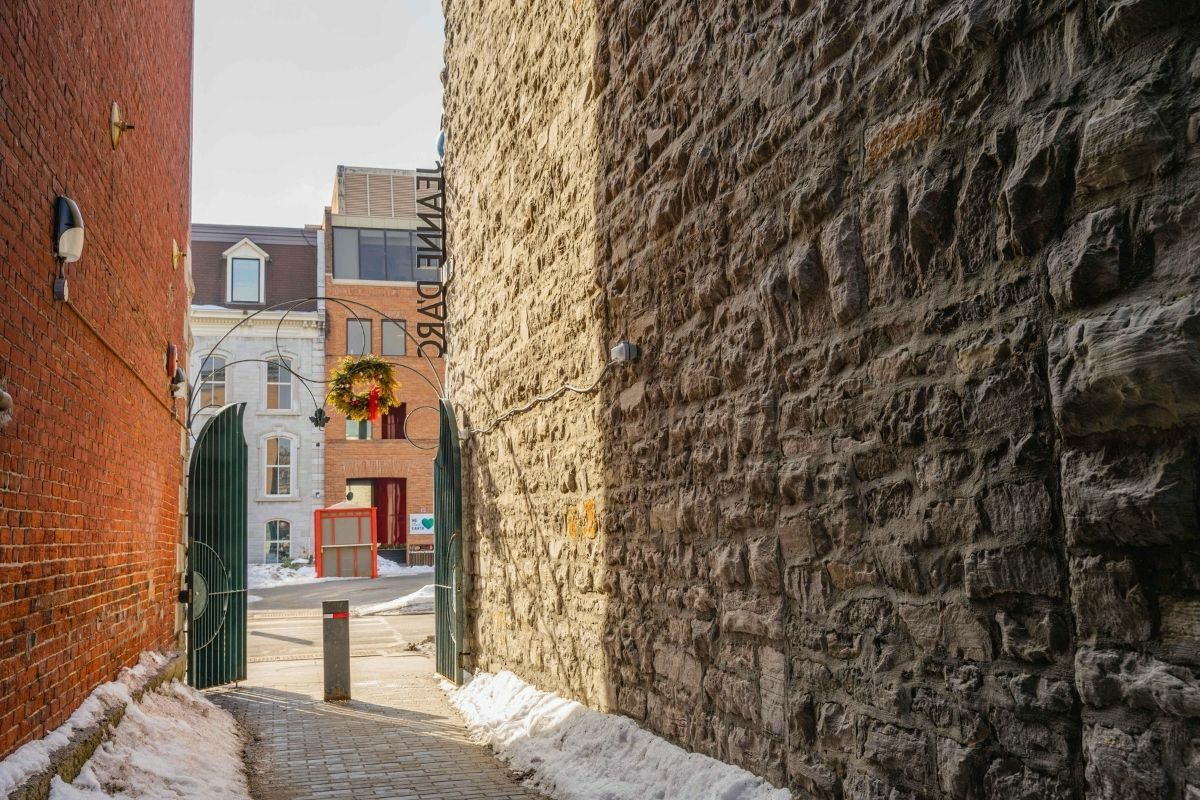 A beautiful shot from an alleyway from user shaiman13. Can you guess where this is and what street crosses in front of it? If you know, reply to this email with your answers. Everyone who responds correctly will be put in a draw for a free year of our Lookout Insider membership (launching soon!). And if you haven’t taken our survey to help shape our membership program, you can do it here.