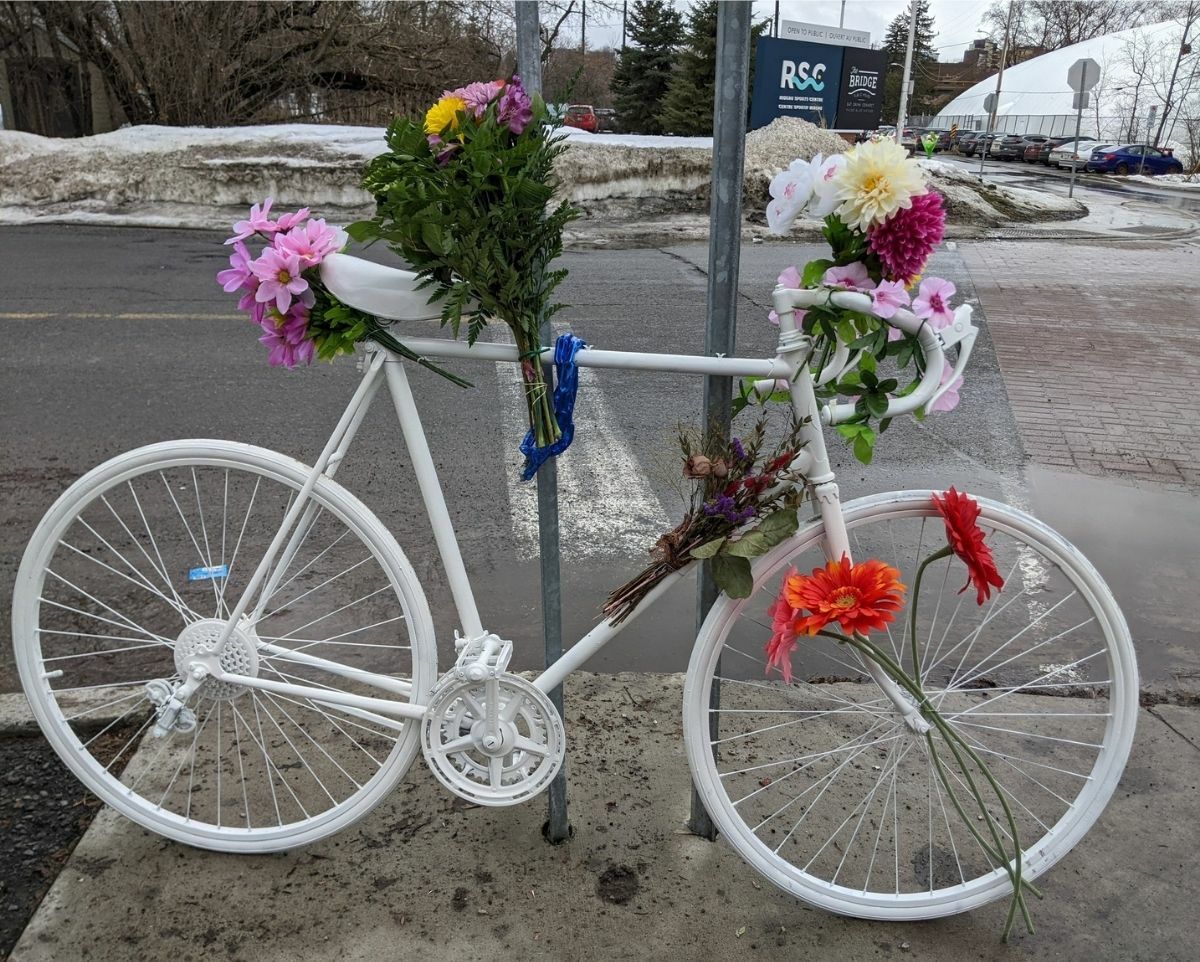 It’s official, it’s spring. Sunday marked the first day of the season, and we’re now in the part of the year when there is more sunlight than darkness. Thursday marked the first day of the year with more than 12 hours—12 hours, three minutes, and 10 seconds to be precise—with the sun up. And it only gets better. Today, we’ve got a whole 12 hours and 16 minutes of daylight. Winter hibernation is coming to an end, now it’s time to get out those rain boots before the real nice weather begins.

A big thank you to over 1,400 of you that completed our survey about our new food and events newsletter. Stay tuned for a big announcement about that later this week.

Let’s not waste that daylight, here is some news.

HIt by a grader: A 43-year-old woman riding her bike was hit and killed by a City of Ottawa road grader on North River Road this week, at an intersection known to be dangerous. Nearby residents told CBC Ottawa they have often felt unsafe at the four-way-stop intersection of North River Road and Donald Street.

Already looking at changes: Local Coun. Rawlson King said it was a stretch of road his office and the city were already looking at adding traffic calming measures, including lowered speed limits, speed humps, and slow down signs.

Ghost bike ceremony: A number of people gathered at the site of the crash Sunday to mark the spot with a white-painted bike, a ghost bike, to mark the spot where the woman was killed, CBC’s Guy Quenneville reported.

Analysis: Cyclists are particularly vulnerable to large vehicles with open sides, like a road grader, sometimes used by the city to plow streets. A 2012 report by the Chief Coroner for Ontario recommended heavy trucks have side guards, blind spot mirrors and blind spot warning signs to make cyclists more visible. The corner said it would also help reduce the severity of possible injuries.

$36.3 million: The amount Ottawa says the convoy occupation cost the city, most of that being policing costs. [CBC]

5G innovation allows city planners and local governments to innovate and make smarter decisions around how our cities operate — improving public safety, reducing fuel emissions, and streamlining costly processes as sensor technology and Internet of Things are more widely adopted. With the government set to make a decision on 5G connectivity, you can help make smart cities across Canada possible - add your support for 5G innovation today.

The Benefits Of A Living Wage 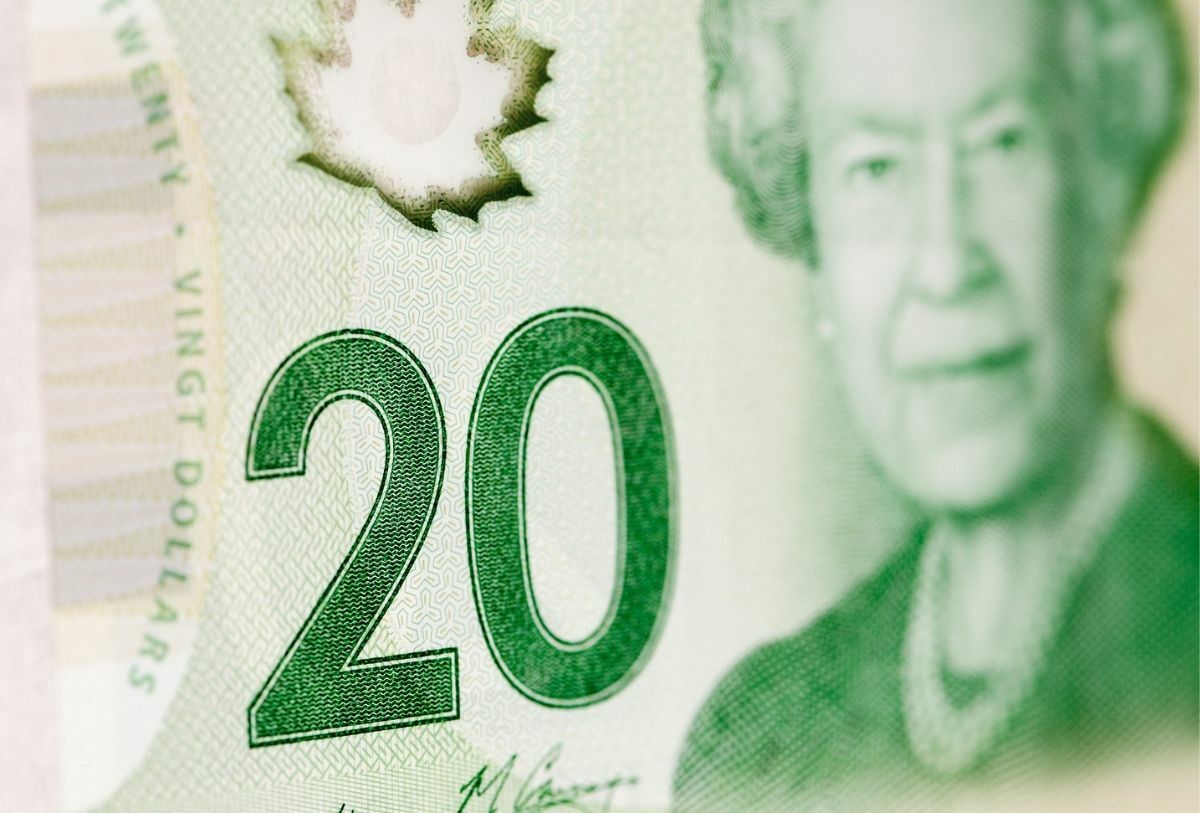 More than the bare minimum: Living in this city requires more than just minimum wage to get by. That’s where the living wage comes in. It’s an hourly rate that actually covers the financial needs of workers. In Ottawa, the Ontario Living Wage Network (OLWN) puts that figure at $18.60 per hour. This takes into account food and utility prices, transportation, and of course, housing.

In Ottawa, there are only 13 employers certified by the OLWN. To be certified, every staff member must be paid at least the living wage, which is adjusted every year.

What it means for workers: For those working at a certified living-wage employer, it can make a huge difference. As one worker at Moo Shu Ice Cream and Kitchen told CBC, things like rent and groceries are less stressful. Plus, “And it's actually been really incredible to notice that it's not as horrifying when I have to pay a vet bill, because I do have that extra little bit that's coming through having a living wage,” Neha Sindhwani said to CBC.

What it means for the employers: The employers see a benefit, too. Not only do their staff tend to be healthier and happier, but it also brings good vibes to the business. As OLWN coordinator Craig Pickthorne told the Citizen, things like training costs go way down because turnover decreases, morale is higher, and the businesses tend to attract more qualified candidates.

You can find all the Ottawa employers who offer their staff a living wage on the OLWN map.

Looking For a New Job?

Reply if you’re an organization that wants to feature your job here and reach over 18,000 locals.

Province paying to assess new 416 interchange: Ontario and the city are looking to build a new 416 access point at Barnsdale Road in south Barrhaven. The goal is to increase access to the highway to reduce suburban congestion. The province is paying for an environmental assessment to see if the location is viable. The city would pay for the actual construction. [CityNews]

Convoy relief funds hard to access: Some Ottawa businesses hit hard by the convoy are finding it difficult to get access to promised relief funds. The owner of the Victoria Barber Shop, who was forced to close for the better part of a month, says she can’t apply because of an issue with paperwork. Others say the $1,000 to $15,000 may not be enough to cover losses. [CTV]

Supply chain might hold up Telesat launch: Ottawa telecom company Telesat is warning supply chain issues could delay the launch of the Lightspeed satellite system. The first of some 300 satellites was expected for 2024, but because of issues with supply chains affecting their French manufacturer and inflationary pressures, delays and downsizing of the project may happen. The project aims to bring high-speed internet to rural areas. [OBJ]

The toll of hate in Ottawa: For Ottawans of different backgrounds, incidents of racism have left a mark. A rabbi says he often heard racist remarks, but an incident where a man threatened him with violence at a gas station left him particularly shaken. The city has seen hate crimes rise over the past several years, which matches a broader national trend, one that police say likely underrepresents the problem because so many incidents go unreported. [CBC]

Water levels stable: It’s still looking good along Ottawa-area rivers as the gradual snow melt isn’t showing signs of causing any flooding. The cities of Ottawa and Gatineau have both said water levels are so far stable, and flooding is unlikely. In the event flooding does become a risk, tens of thousands of sandbags have been prepared to hold back flood waters. [CTV]

City lifts most mask requirements: Following on the provincial rule changes, the City of Ottawa has dropped mask requirements in most of its buildings, including City Hall, libraries, sports facilities, and service centres. City-operated long-term care homes, respite centres, vaccine clinics, as well as on public transit and in transit stations will still require masks. The city still says the public is welcome to wear masks if they choose. [CTV]

Police officer charged over racist video: Caught on camera saying the “white man’s day is done” Const. Paull Heffler is facing charges of discreditable conduct and insubordination. The charges come from the video, as well as from his conduct in two investigations he conducted in a “inappropriate and unprofessional manner.” He’s also accused of sending inappropriate emails to the Ottawa Police Service’s entire mailing list. [CBC]

Can you name the last display website ad you saw? We’ll give you a minute… Can’t think of one? Of course you can’t, because no one sees or remembers them.

As a business, getting noticed online is hard. But Ottawa Lookout is different. Our ads get attention, reaching engaged locals by email. Best of all, you know you’re reaching Ottawa residents. Why? Because you’re a local Ottawa resident reading this!

Reply to this email and a member of our ad sales team will contact you. But hurry - lock in low ad prices before they increase on April 1st. 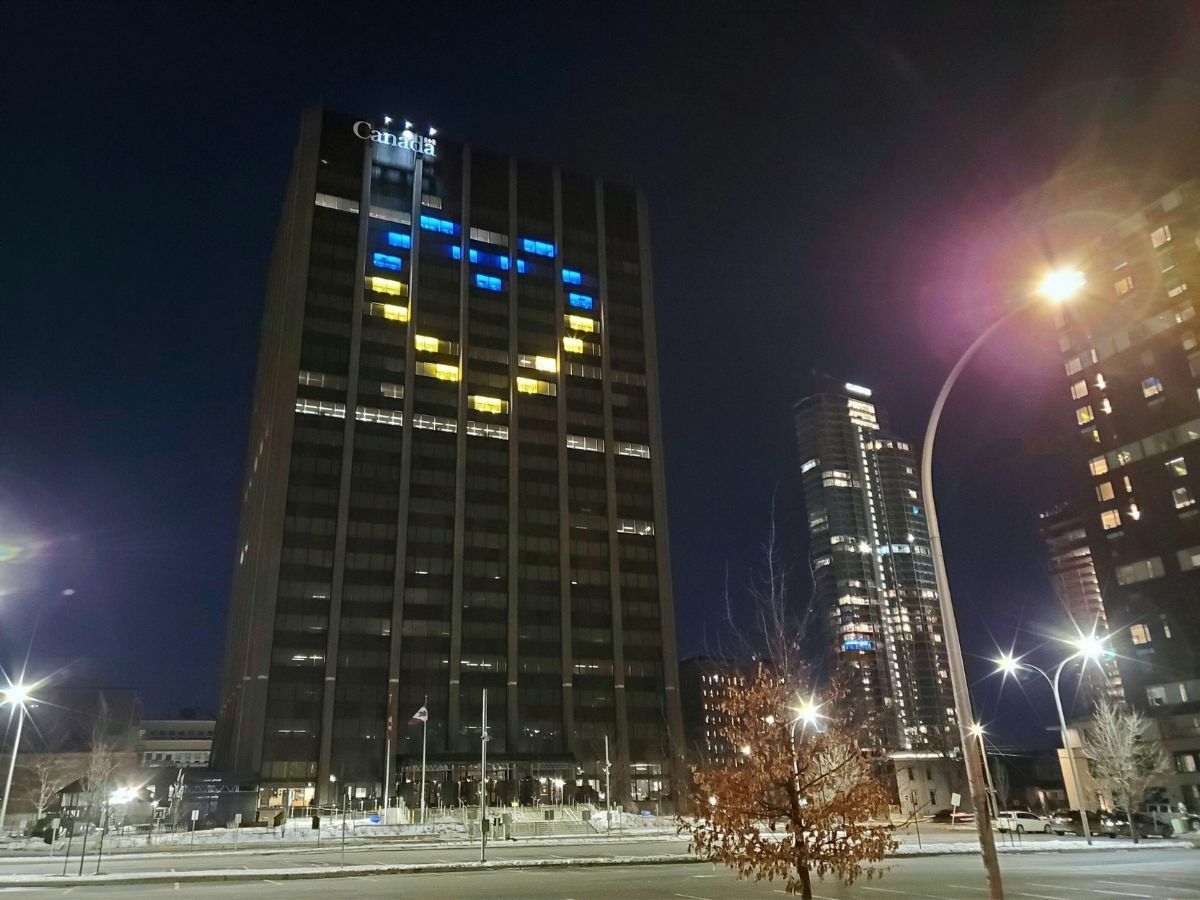 Reader Alan Bacon sends in this view from the national capital of the Natural Resources Canada Building on Booth Street recently lit up in support of Ukraine.

Have a view you want to share with Lookout readers? Send it our way! We’re always looking to publish reader photos.